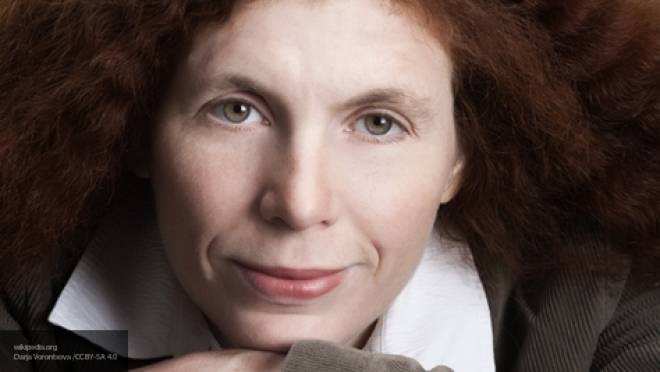 Weak sometimes are ardent "fighters for democracy." So one of her “lights” left us - Yulia Latynina, whose voice and anti-Russian statements were constantly heard on Echo of Moscow. The reason for leaving abroad turned out to be banal - a burned car.

Of course, such methods of political and ideological struggle, such as arson, the destruction of another’s property, the pouring on of all unsightly and foul-smelling substances, are unacceptable. Here the excuses of such methods seem very weak by the fact that the gentlemen liberals themselves daily pour Russia and Russian people with their fragrant substance. It is not worthwhile, however, for people who sincerely consider themselves patriots to stoop to this level.

And let such excuses be weak, but this is absolutely true: Latynina, like her other brothers, has been stigmatizing Russia for several years, throwing dirt on her and supporting any regime if it is directed against the Russian state.

In particular, for all these years, neither she nor others like her — none of the prominent liberals have condemned with a single word the same methods that have been used and are still used in Ukraine. Where was Yulia Leonidovna, when (banned in the Russian Federation) "Right Sector" burned not that cars, but houses of prominent regionals? In particular, the then presidential candidate Oleg Tsarev suffered from this outrage - the only one who could compete with Mr. Poroshenko. But he was “squeezed out” of Ukraine - far from just arson at home, but also with a few beatings and constant threats.

Nobody, no one from the liberal public then condemned the Maidan thugs. Everything was exactly the opposite.

Yulia Latynina claims that after the car is set on fire, she fears for her life and for the lives of her parents. Although just in Russia (in contrast to the same Ukraine), the matter is limited to brilliant green, cakes, well, and sometimes something more smelly. It is there, on the territory that is a beacon for liberals - pouring on something already seems like child's play. We know that there were real murders of dissent.

So, Julia Leonidovna allegedly burned the car. Nobody was going to kill anyone (especially parents). But the very "freedom fighters" for whom she had always stood up for so much, set fire not only to the homes and cars of the "regionals." During the Maidan itself, they set fire to quite lively law enforcement officers, as a result of which several “Berkutovtsy” received severe burns. And after the Maidan there was a black, charred House of Trade Unions in Odessa ... Dozens burnt alive ... (Many of those who were there speak even hundreds).

This is far from a burned car ... Only Ekho Moskvy and Latynina personally were in solidarity with the arsonists. As well as with the “folk lustrators” - even after some of them received the same “lustration” in relation to themselves. But ... Here is a completely anecdote: "And for us, for what?"

I repeat, I do not support such methods, but I would like the “fighters for democracy” to stop supporting them when it comes to someone else.

However, the arson of a car can be a serious blow to any hard worker who has saved him for a long time or bought it on credit. Latynina, it can be assumed, will easily buy himself a new “iron horse” - Russophobia is now well paid. Unless there, across the ocean, they decide to cut funding for the “struggle for freedom” ...

Those people whose cars and apartments were destroyed during the so-called “anti-terrorist operation” in the Donbas are much more worthy of sympathy. There, people lost and continue to lose far not only acquired property, but - what is the most terrible - close people. No liberal journalist condemns this criminal punitive war - on the contrary, they accuse those who became its victims ...

But these people do not leave their homeland, despite the shelling every day, to the fact that neither the grain nor the school truce produced any results ...