12 September 2017
18
As the RIA News, the heavy Proton-M launch vehicle with the Breeze-M upper stage was launched from Baikonur on September 11 at the estimated time - 22.23 Moscow time. 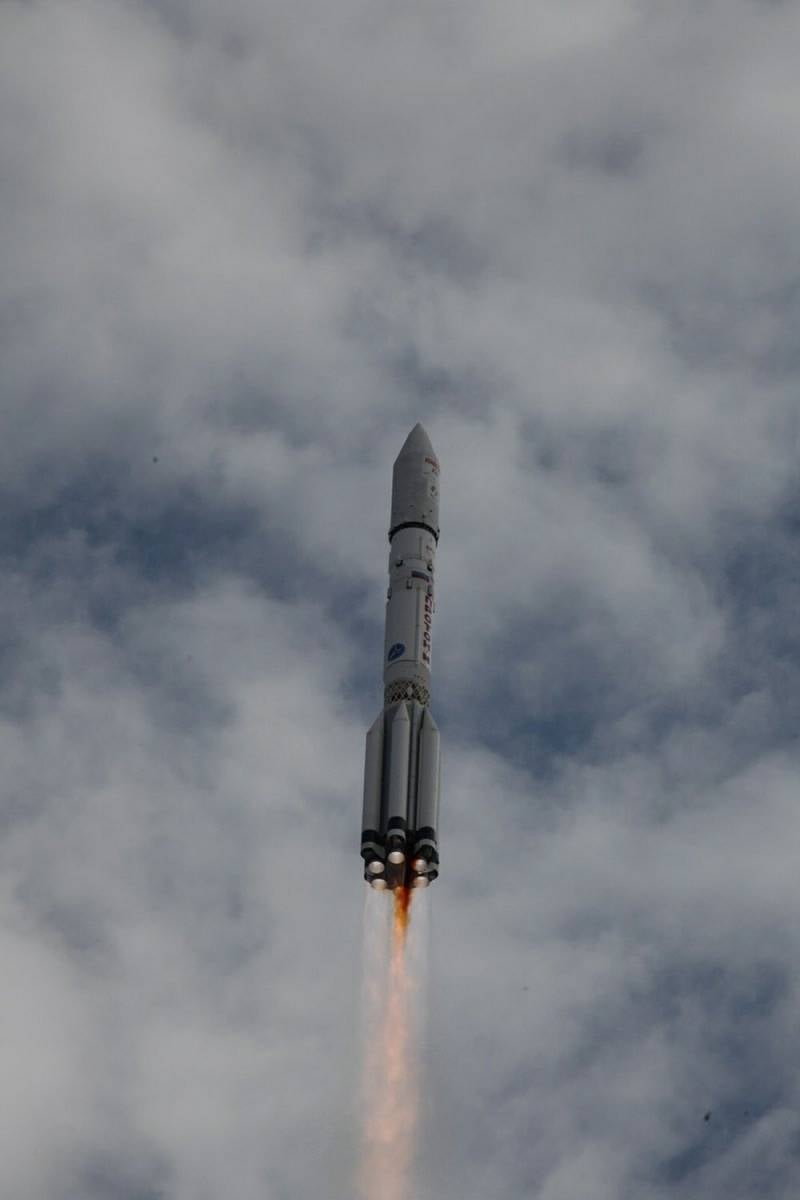 Shortly after launch, the head space unit as part of the Briz-M upper stage and the Spanish telecommunications satellite Amazonas-5 separated from the third stage of the Proton-M launch vehicle.

It is assumed that the spacecraft will be launched into a geostationary orbit at an altitude of 36 thousand km.

The satellite launched into space was released by Space Systems Loral (USA) by order of Hispasat (Spain). It is designed to provide services in the field of television, corporate networks and telephone communications in South and Central America.

The launch agreement was signed with International Launch Services Inc. (ILS, Reston, USA), promoting "Proton" on the foreign market and being a subsidiary of the Khrunichev Center - developer and manufacturer of Proton carriers and Briz-M booster blocks. Start-up insurance is provided by SOGAZ. It concerns the Proton-M launch vehicle, the Breeze-M upper stage, the head fairing, the transition system for launching the spacecraft and the satellite itself.