11 September 2017
24
In the Transdniestrian region of Moldova, units of the Operational Group of Russian Forces conducted training to repel an attack of a conditional illegal formation on important garrison objects, reports press office Western District. 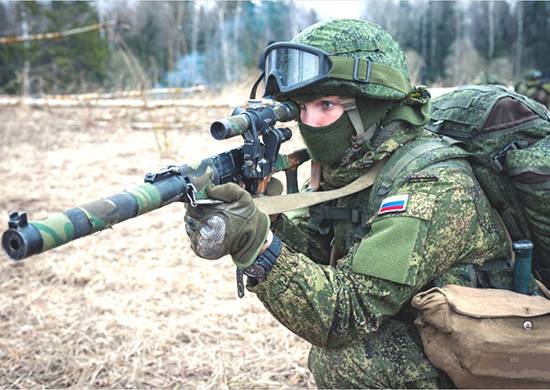 The servicemen repulsed the attack on the control and technical center, carried out the blocking and liquidation of the conditional group of militants that had penetrated the territory of the car park,
says release.

It is reported that during the exercise, "special attention was paid to improving the coherence of actions of servicemen in combat in open areas of the territory as part of the counter-terrorism unit, as well as small tactical groups - in pairs and triples."

The engineering and sapper units, in turn, carried out reconnaissance of the conditionally mined area of ​​the park and neutralized improvised explosive devices.

The press service added that “in order to create an environment as close as possible to the combat, during the event more than 1000 idle ammunition and pyrotechnic imitation tools were used”.