In Russia, responded to the words of Merkel about the Crimean peninsula and the GDR

10 September 2017
67
German Chancellor Angela Merkel made historically incorrect parallels between the annexation of the Crimea to Russia and the unification of Germany, leads RIA News words of the deputy of the State Council of Crimea Vladislav Ganzhara. 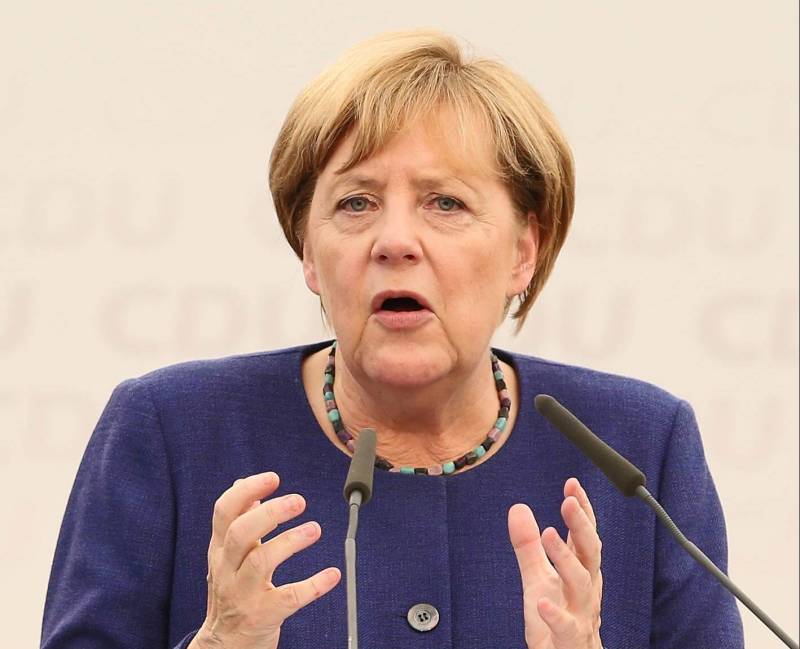 Speaking with the correspondent of the newspaper Frankfurter Allgemeine, Merkel noted that the appeals of some politicians to recognize the "annexation" of the Crimea is like during the time of the existence of the Federal Republic of Germany and the GDR to try to keep everything as it is, instead of trying to unite.

I think this way: what would have happened if, then, there was such an attitude to us in the GDR under the slogan "Germany is divided, there is nothing to change",
said the Chancellor, calling the position of those people who were ready to lead the country to unite, "very courageous."

These are incomparable things, because the issue of the reunification of the Crimea with Russia proceeded from the will of the Crimeans, who throughout the period of finding the peninsula as part of Ukraine wanted to go back.

He noted that “the reunification of Germany was due to objective historical the situation, as well as the unification of Crimea with Russia. ”

But, unfortunately, the speculations of European politicians and bureaucrats on the topic of the Crimean question continue,
added the deputy.

Criticized the German Chancellor and Chairman of the Federation Council Commission on Information Policy, Alexei Pushkov.

For your information, Merkel: if something is compared with the unification of Germany, it is the reunification of Russia with the Crimea after a period of artificial separation,
he tweeted.

According to the senator, the German Chancellor “should not be engaged in false comparisons, but instead recall the role of Moscow in the fall of the Berlin Wall”.

German people do not owe Kiev their unity,
stressed Pushkov.

Recall that earlier the leader of the Free Democratic Party of Germany, Christian Lindner, suggested that European countries “turn a blind eye to changing the status of the Crimea and move on to building relations with Russia” instead of continuing to increase pressure.