10 September 2017
66
Military units of the SAR Army "Tigers" and the Republican Guard today began to sweep the territory adjacent to the air base in the east of Deir ez-Zor, reports RIA News. 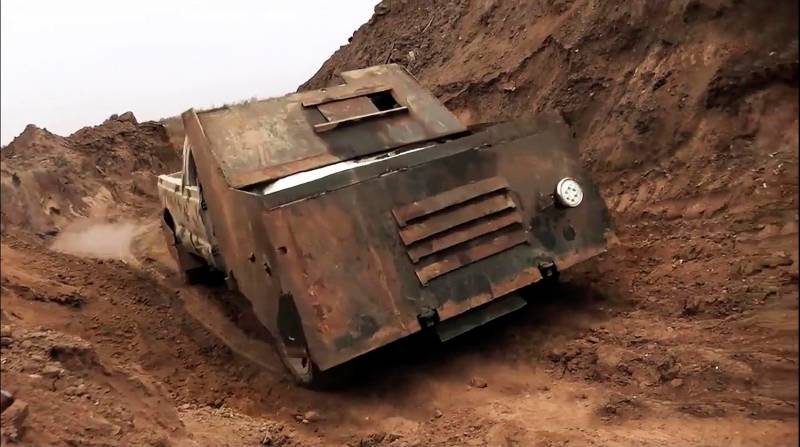 One of the home-made mobile explosive devices of militants used in the Deir ez-Zor area.

Supported units aviation and artillery destroy the fortifications, equipment and manpower of the IS terrorist group (banned in the Russian Federation) north of the air base, from the city cemetery and the north-west direction. Meanwhile, units of the fifth corps of the SAR army and allied forces advancing from the city of As-Sukhne came close to the southern outskirts of Deir ez-Zor,
reported the agency correspondent from the scene.

The air base has been surrounded by terrorists since January 2017, and about a thousand Syrian military men were in the ring. On Saturday evening, the advance guard of the Republican Guard managed to break through the siege of militants and unite with the garrison.

It is noted that the breakthrough of the blockade was possible after the troops tore off the environment on the west side of Deir-ez-Zor. Having secured the supply route, the Syrian army quickly transferred reinforcements, equipment and ammunition to the city. Later a convoy arrived in the city with humanitarian aid.

Earlier, the Russian military reported that the Syrian troops, with the support of the VKS, inflicted a crushing defeat of the IG in the Deir ez-Zor area, surpassing all victories over the past three years.