11 September 2017
27
Ingushetia, Magas. This is a city where you can walk along the street of Joseph Kobzon. However, its own “Kobzona street” in the understanding of the contribution that this person made not only to the stage or cinema, but also to art in general, in the spiritual understanding is in every settlement in the post-Soviet space: from Brest and Kaliningrad to Yuzhno-Sakhalinsk, from Tashkent to Murmansk. Kobzon’s voice, his songs, his manner of performance are a whole epoch, this is a real spiritual world. 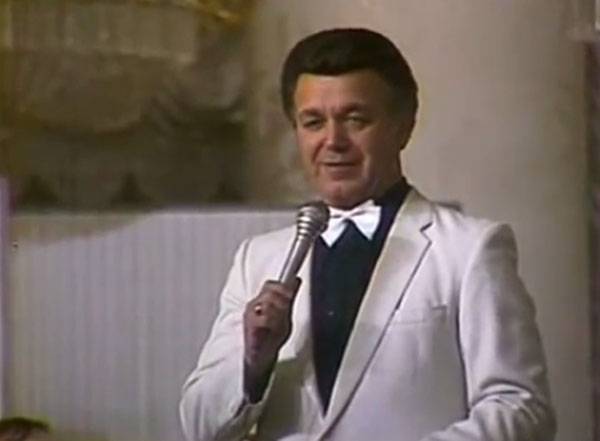 Today maestro Joseph Kobzon is 80. I would like to hope that the readers of the Military Review do not raise the question of why the information and analytical portal of a military nature decided to congratulate Joseph Davydovich on his anniversary. But if someone had such a question - firstly, it would be humanly strange to leave the jubilee of a remarkable artist without attention, secondly, the biography of Joseph Kobzon includes such moments for which this person wants to say a special thank you - and these moments are connected with performances, as they say, in hot spots.

Joseph Davydovich, if I may say so, is not a parquet artist. This man gave dozens of concerts in 80's war-ridden Afghanistan — concerts for Soviet soldiers and officers. Performances were held in Kabul, Kandahar, Shindand, Herat, and other Afghan cities. 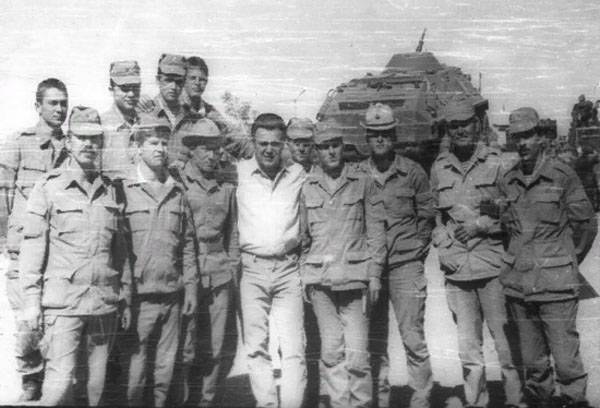 Concerts of the artist who alternated the performance of songs stories from life, often lasted for 4-5 hours, causing invariably huge interest among the soldiers-internationalists. Moreover, what is important to hear for the modern so-called “stars” of the scene (who performed one song and as if by the power of the media turned into a “superstar”) - it worked absolutely free. Out of the “payment” for the speeches, it was an ordinary rations, which were provided to the servicemen themselves in Afghanistan. A scene — often a truck body, an auditorium — is usually the slope of a nearby mountain or hill. Not only flights from one Afghan city to another, but also transfers - often on armored personnel carriers.

After the performance of Joseph Davydovich in Afghanistan, Soviet servicemen took the initiative in front of the USSR Ministry of Culture about the presentation of Kobzon to the rank of People's Artist. As a result, the Ministry of Culture responded to the initiative of the "Afghan" soldiers and other people who invited the artist to perform in Afghanistan, and Joseph Kobzon, taking into account his merits in the field of Soviet culture, became the People's Artist of the Soviet Union (1987 year). Recognition of merit - in the year of the artist's 50 anniversary.

If we talk about all the ranks and awards, then they have a lot of Joseph Davydovich, one listing can take a couple of tens of minutes. And they, which is important, deservedly - a lot.

In 1976, he won the Leninist Komsomol Prize, in 1984 - the Winner of the USSR State Prize. He was awarded the Order of Courage, the Order of Friendship of Peoples, the Medal for Labor Valor, the Order for Services to the Fatherland, I Degree, the Order of Saint Mesrop Mashtots (State Prize of Armenia), the Order of Glory (Azerbaijan), the Order of Saint Sergius of Radonezh, the Order of Merit for Ukraine, there were more adequate political figures at the mercy of this country than after the 2014 year). He has the honorary title of People's Artist of Ukraine, which, having no relation either to the culture of Ukraine or to common sense as such, is trying to take everything away from Joseph Davydovich. Take away for his visits to Donbass and for the provision of humanitarian assistance to the population of the long-suffering region. Take away, taking into account the fact that Joseph Kobzon himself was born in the Donbas - in the small Donetsk town of Hours Yar (September 11 1937). 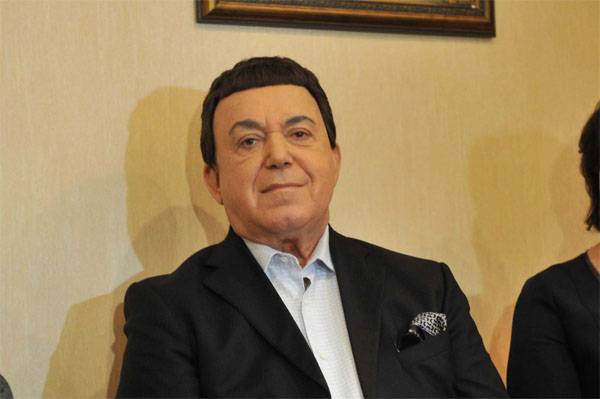 In 2016, Joseph Kobzon for his many years of work and for his outstanding contribution to the development of art and culture of Russia received the high title of Hero of Labor. This title, as is well known, was restored after many years of neglecting that it is through work that a person can reach heights and contribute to the development of the Fatherland. Labor selfless and benefiting other people. For a while, the word labor in Russia, unfortunately, was almost abusive, and the concept of “man of labor” or “labor collective” was often presented with a kind of strange semi-irony - they say that it was still an archaic. It is gratifying that the title has been restored, and the attitude to work in the country is really changing. Slowly but changing.

There are Joseph Davydovich and other awards. One of them is the “Participant of the military operation in Syria”. Joseph Kobzon received the award together with the famous cosmonaut woman Valentina Tereshkova. Together they flew to the Russian military base "Khmeimim", where they spoke to the military personnel of the contingent of the RF Armed Forces. Correspondent "Komsomolskaya Pravda"Turning to the artist, he persistently tried to find out how Iosif Kobzon relates to the award of a combat reward, although he did not take part in the hostilities. The USSR People's Artist calmly answered this question: “Sometimes spiritual support can be even more important than shots. And I am grateful to the Ministry of Defense for not forgetting about us. ” What is spiritual support for a person who risks his life every day is well known to those compatriots who themselves passed through hot spots - from the very same Afghanistan to Chechnya, Dagestan or Syria. 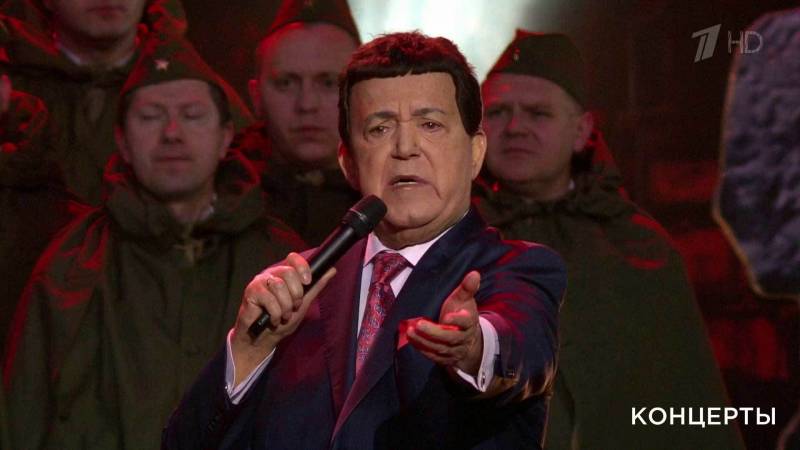 September 20 Joseph Kobzon will celebrate his anniversary on the stage of the State Kremlin Palace, where many famous artists will take part in the concert program, including Alexander Rosenbaum, Alexander Gradsky, Tamara Gverdtsiteli. Also in the program of the anniversary of the maestro will take part the Academic Ensemble of Song and Dance of the Russian National Guard troops.

“Military Review” congratulates Joseph Davydovich on his jubilee and wishes him further creative success, including success in bringing up young talents!