9 September 2017
4
The EU defense ministers have worked out joint actions in the event of a cyber attack on the organization’s military facilities. The role of the aggressor went to Russia.


The EU’s strategic cybersheets were called EU CYBRID 2017 and passed September 7 in Tallinn. These are the first maneuvers in storiesdesigned for top political leadership.

The event was organized by the Estonian Presidency of the European Union and the European Defense Agency. As an outside observer, the event was visited by NATO Secretary General Jens Stoltenberg.

At the event, the defense ministers familiarized themselves with the consequences of cyber attacks on the EU and learned how to respond politically to such incidents. Each of these stages deserves separate attention.

According to the scenario of the exercise, the military structures of the European Union were attacked in two directions: the headquarters of the EU in Brussels and industrial facilities in the territories of the member countries of the organization. The aggressor was a certain pseudo-democratic state of Froterra, which does not support Western values ​​and has weak opposition within the country.

Judging by the photographs from the event, the listeners either were afraid of the consequences they saw, or didn’t really understand what was going on. 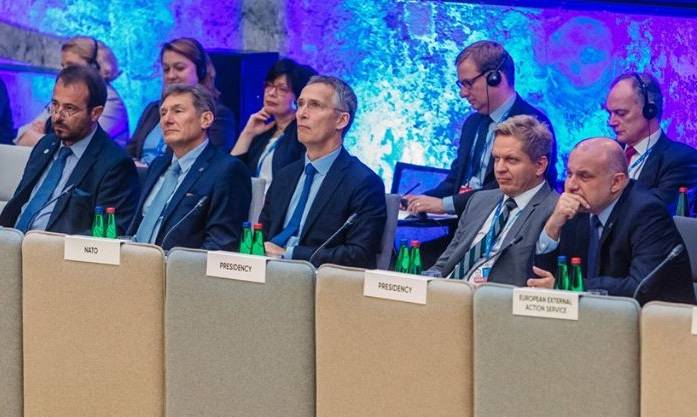 However, their impressions are not as interesting as the country called Froterra. Who is this cyber saver? The left party of Germany offered three options: Turkey, China and Russia. As a result, the opinions of experts agreed on the latter. Difficult to disagree with experts: from the mouth of European politicians there are no accusations addressed to Beijing or Istanbul. All trouble, as a rule, Moscow.

The regular mention of Russia at such politically-scale exercises will further fuel Russophobic sentiment among European officials. Now they saw firsthand what the global cyber actions of the aggressor would lead to. The answer to the question of why he needed them, went to the same regiment as evidence of Moscow’s interference in the American elections.

The second stage of the Tallinn Defense Ministers Meeting is closely related to the first. The website of the Estonian EU Presidency states that EU CYBRID is a discussion forum where politicians will be able to work out a joint strategy of behavior in case of cyber attacks.

The results of the discussion are unknown, but I want to believe that a certain strategy has appeared. With unsubstantiated accusations against Russia, understanding their certain “strategicity” softens the diplomatic incorrectness of foreign partners.

It is noteworthy that a day before the EU CYBRID 2017 was held in Helsinki, the European Center for Combating Hybrid Dangers opened. It will become a gathering point for scientific achievements of three analytical centers involved in the study of information wars: the Center for Collective Cyber ​​Security in Estonia, the Center for Strategic Communications in Latvia, and the Center for Energy Security in Lithuania.

As a result, in addition to the official version, the meeting of defense ministers at the cyber events in Tallinn could be used to discuss the organizational aspects of the work of the new “thought factory”. Simply put, they all said: “Guys, we do everything together, as our analysts in Finland will say. They now synthesize our scientific achievements and know everything. The one who deviates from the course will be punished by Russia ... Well, in the sense of Froterra. ” 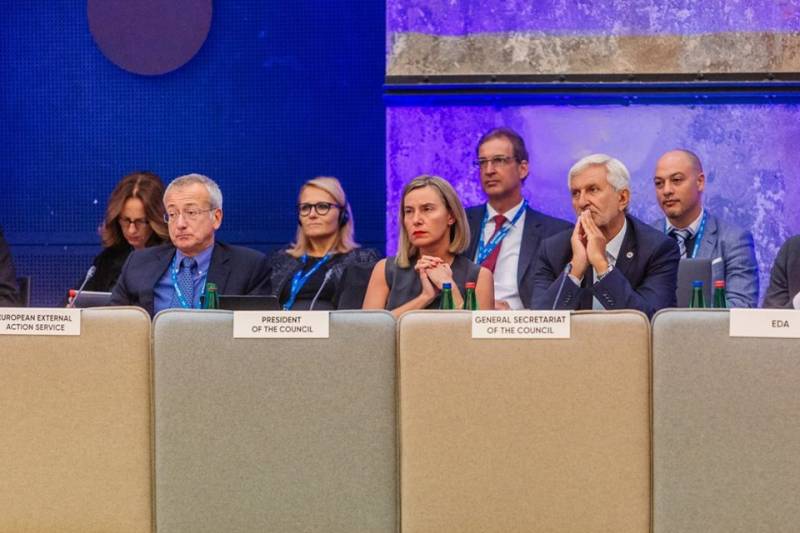 Probably, therefore, the faces of participants ran the shadow of disappointment. Like, "again to accuse Russia of the threat to the detriment of economic interests." The European think tanks, now led by the Finnish, are unlikely to find other aggressors.