8 September 2017
35
Soldiers of the Egyptian airborne units in the course of joint exercises with the Russian Federation will test the newest Russian combat equipment “Warrior”, the press service of the Russian Defense Ministry reports on Friday.

During the joint exercise “Defenders of Friendship-2017”, the instructors of the Airborne Forces of Russia will train more than 50 soldiers and officers of the paratroopers of Egypt on how to operate and use the “Warrior” equipment in complex. In addition, Russian paratroopers will show their Egyptian colleagues how the elements of equipment are interconnected and complement each other constructively and functionally. And explain how to use them.
- said in a statement 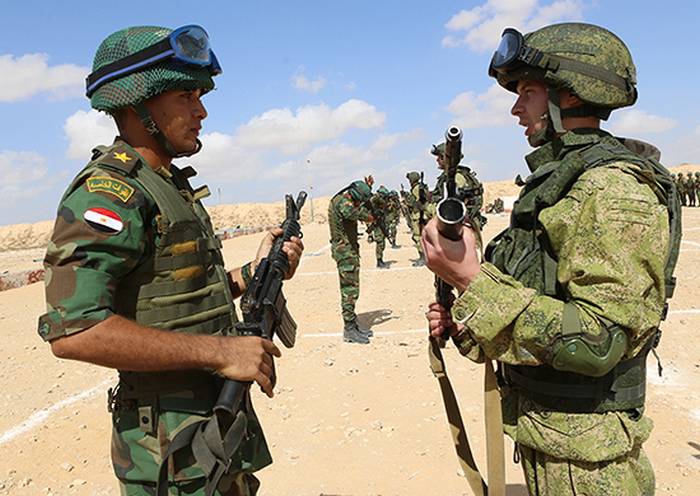 For two weeks, during the “Defenders of Friendship - 2017” exercise, Egyptian soldiers will be operating in the Russian “Ratnik” combat gear, which will increase the effectiveness and survival of the paratrooper on the battlefield.

The “Defenders of Friendship - 2017” exercise will be held in mid-September on 2017 in the Krasnodar Territory, the exercise is held in Russia for the first time. In 2016, Egypt became the host for the exercise. Then it was attended by more than 500 troops of both countries. . Earlier it was reported that the Egyptian soldiers in the exercise plan to work out the landing with the help of Russian parachute systems D-10.