8 September 2017
58
A memorial plaque to commemorate the politician Boris Nemtsov, which appeared on the wall of his house, was installed without the consent of the Moscow authorities and is to be dismantled, reports RIA News statement by the representative of the cultural heritage department of the capital. 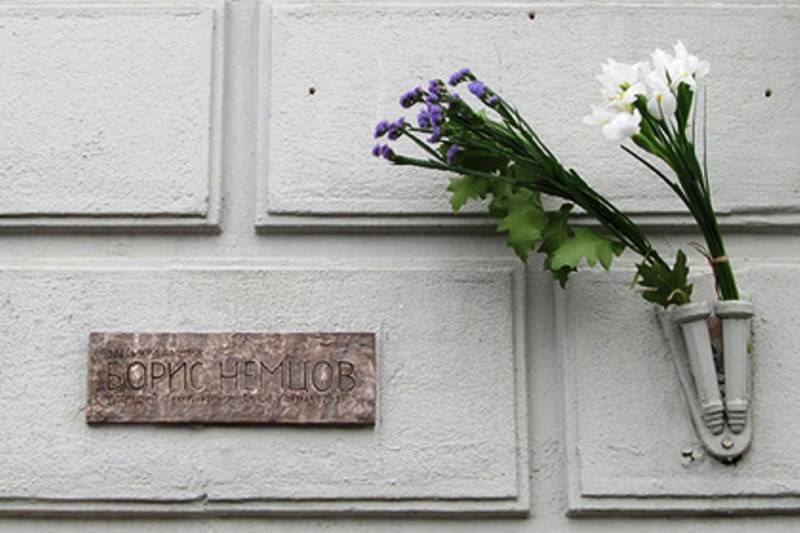 According to the Moscow Heritage Committee, no documents required for the placement of a memorial plaque on the house in which Boris Nemtsov lived were received for approval,
said the agency interlocutor.

According to him, persons (physical and legal) involved in this offense “may be brought to administrative responsibility in accordance with the Moscow Code of Administrative Offenses”.

The interlocutor also noted that “memorial plaques are installed no earlier than 10 years after the historic event or the death of the perpetuating person”.

And "in the case of applications for the installation of memorial plaques on the buildings of organizations - by decision of the commission to perpetuate the memory of prominent events and figures of the national stories and culture no earlier than 2 after the historic event or the death of the perpetuating person, ”he added.

Recall that Nemtsov was shot dead in the center of Moscow on the night of February 28 2015 of the year.