10 September 2017
44
Usually, people tend to attribute their thoughts and desires to others. Here, for example, the Ukrainian "democrats" —European integrators were telling how the NKVD 10 left millions of Ukrainians starved to death, another ten were shot, the next ten dispossessed and deported to Siberia, where they disappeared without a trace. Well, the last tens of millions of detachments of the same NKVD were killed at the front in the back with machine guns, exclusively from sadistic inclinations. 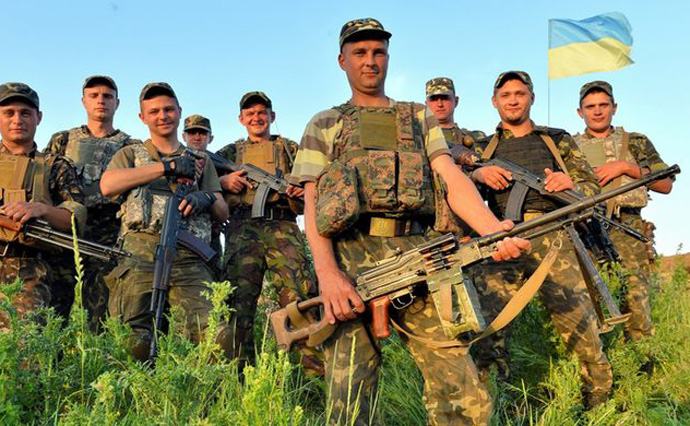 We will not focus on the fact that with such losses every Ukrainian would be killed twice and there would be no one to "fight the Sovits" before the 50s, and also "fight for independence" as part of the CPSU Central Committee until December 1991. From the perspective of this text is interesting more. As soon as they received independence as a gift, the Ukrainian “patriots” began to destroy the population of Ukraine so effectively that they would envy both the NKVD and the Gestapo and defenzive. Over twenty-five years of independence, about 22 million people have been lost. Half of them in the last three years, when the power completely belonged to the “patriots”.

It must be said that occasionally (in British Ireland or in the Belgian Congo) a higher rate of depopulation was observed. But in these cases it was a question of the politics of the metropolis in the colonies, while the Ukrainian “patriots” were engaged in the liquidation of their own people. It is necessary to give them their due, in the genocide of the citizens of Ukraine they achieved outstanding success - they rightfully own the first place in the world in terms of depopulation rates.

So, when the Kiev "experts", "politicians", "journalists" and "activists" talked about the "atrocities of the NKVD" they described the program of their own government. At the same time justifying their future real atrocities by the mythical atrocities of the “Soviet regime”, as a result of which, to this day, Bandera in Ukraine survived no less than the soldiers of the Red Army. Although the latter were two orders of magnitude greater.

Now official Ukraine tells how Russia wants to conquer it, divide, rob, “kill the“ patriots ”, and send ordinary citizens to Siberia for snow removal. This again breaks out the hidden desires of Ukrainian rulers and ideologues. Having stolen more than Ukraine had (a few more tens of billions of dollars of debt), they are now lustingly looking at Russian wealth and trying to figure out how many years unbridled robbery would be enough for them.

Of course, understanding the consequences of an open conflict with Russia held them back. Too memorable were Zelenopole, Ilovaisk, Saur-grave, Amvrosiyivka and other places where unknown artillery (whose responsibility for the work was taken by the militia) crushed several brigades of the brave Ukrainian army into a small vinaigrette. Up to this point, Ukrainian shells “accidentally” flew into Russian territory, shelling of Russian checkpoints took place, even Ukrainian armored vehicles would drop in to Russia. And then it disappeared like a hand.

For three years, the memory of the supermark of shooting “taxi drivers” and “hairdressers” worked wonders. As soon as some of the next “patriot” in the paroxysm of pride in the “European power” declared a desire to start a war (not even with Russia, with the Donbas), he was immediately strongly reminded that Russia was behind the Donbass and the next military adventure had every chance to end much worse (for Ukraine) than the first two.

And, nevertheless, in recent months a militaristic psychosis has developed in Kiev. Spins consciously - by the authorities, the political elite, the “patriotic” (and no other) media. Despite the fact that between the various factions of the Ukrainian elite there is a fierce struggle for power, in one they are one - in forcing Russophobic sentiments and preparing public opinion for a war with Russia, which is “about to attack.”

Kiev was not afraid to spoil relations with Belarus even by staging a psychosis about the next joint exercises of the armed forces of Minsk and Moscow. At the same time, there was no point in insulting Minsk, which remained not only a political, but also a commercial and economic window of Ukraine in the CIS. In Ukraine, they are well aware that no one was going to attack them under the cover of exercises.

The militarist fever, richly flavored with Russophobia, is rapidly growing. At the same time, Russophobia is directed not only outside (toward Russia), but also inside the country, onto the remaining islands of Russian culture and to any (even the most loyal) opposition to the regime, which is immediately linked to Russia.

Once again, in this absolutely illogical hysteria, the Ukrainian political elite is almost completely monolithic, while in general the relations between different groups are so conflicted that the disintegration of the country and the civil war (which we spoke about inevitability three years ago) now predicts (with 97% probability) even Taruta is an oligarch and former governor of the Kiev-controlled part of the Donetsk region.

From my point of view, such behavior of the Ukrainian elite and its Maidan service personnel is connected with an awareness of an indisputable fact - the internal resource for extending the agony of the Ukrainian statehood has been exhausted, and access to the outside is almost completely cut off. To keep the situation under control becomes impossible, but the final loss of control is a threat to the entire elite. Someone will suffer earlier, someone later, but everyone will suffer, moreover it will be a question of physical survival and not everyone will be able to survive.

Localization of protest moods of cannon fodder Maidan, which is armed and dangerous for the authorities, in the direction of fighting the “pro-Russian fifth column” is a way out, not only temporarily removing the elite from the blow, but also allowing to consolidate the separate forces of the Maidan on the basis of Russophobia and the destruction of Russian remnants peace in Ukraine. From the point of view of the elite, it is better that Russians kill Russians (or suspected of Russianness) in Ukraine than the rich.

The provocation of a conflict with Russia looks like an absolutely absurd step. But this bast may be in line. Firstly, Kiev is not sure that Russia will not intervene if mass ethnic repressions begin in the country. Secondly, Ukraine hopes that the West will not allow it to be completely destroyed, and the loss of some more land in the East does not frighten. Thirdly, any regime that has lost the ability to retain power through the mechanisms of a regular state, any regime that feels the danger of an internal explosion, coupled with the danger of an intra-elite coup, is rooted in a military adventure. External war against the background of unsolvable internal problems does not seem so terrible. Fourth, the regime does not need to win the war. It only needs to fix the state of war, launch the “spontaneous massacre” of Russians (which will additionally link militants with blood) under this pretext, and then you can demand the introduction of an international peacekeeping contingent on the territory of Ukraine (formally, to stop the massacre, in fact, to protect against Russia) .

In general, a heated conflict based on Russophobia (although internal, though external) is the last argument of the Kiev regime, allowing it to hope for the preservation of power. There is a chance to again attract the attention of the West. There is hope that the West will take an anti-Russian position.

Yes, all these hopes are ephemeral, but there are still no other options, and the Ukrainian elite had believed in the most vile concepts, such as prosperity based on “European integration” or Ukraine’s accession to NATO. By the way, all this is in line with the same Russophobic concept, which now leads to the unleashing of militaristic and xenophobic hysteria in Ukraine.

Most importantly, there is still no way back. It is cut off by snipers of the Maidan, Odessa Khatyn, the war in the Donbass. Since the first shots sounded, the top of the regime has been tied with blood. She has nowhere to retreat. They are cornered and will bite.