6 September 2017
8
Russia has developed a system for controlling the takeoff and landing of helicopters and UAVs on the deck of ships, as well as on offshore structures, reports Gearmix with reference to the resource www.en.portnews. 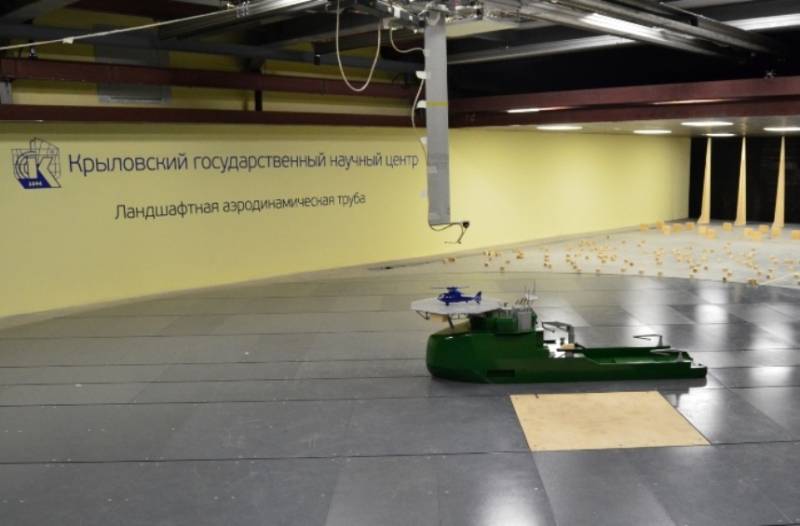 The prototype of the system was developed by the Krylov State Scientific Center (KGNTs).

“The system conducts non-contact measurement of air flow near the runway, taking into account the characteristics of the air flow in the deck superstructure of ships and offshore structures and zones of derailed flow. In addition, in real-time it monitors the movement of air in the landing zone of a helicopter or a drone, ”the material says.

Also, the specialists of the center have developed a technology capable of determining “the structure of the air flow, taking into account the increase or decrease in the force of gusts, as well as changes in the course and speed of the ship”. According to the engineers, “the system predicts the kinematic parameters of the movement of a ship or platform for an accident-free take-off or landing.”

In KGNTs noted that the system will significantly reduce the likelihood of accidents, as well as expand the scope of use of helicopters and UAVs. Thanks to her, Russian aircraft and the ships on which they are based will have a competitive advantage over their foreign counterparts.