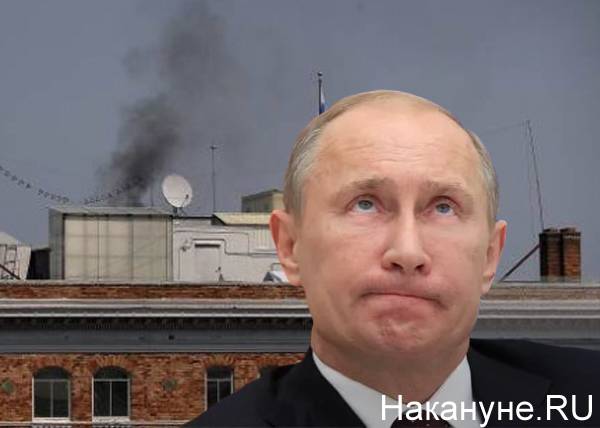 A diplomatic scandal continues between the United States and Russia, which could escalate into a diplomatic war. The recent searches of the American side in the Russian consulate in San Francisco have called the Ministry of Foreign Affairs of the Russian Federation a "hellish clownery" as well as an "unprecedented, aggressive action." US charges denied, insisting on "arrangements."

At the same time, it becomes clear that this is a response from the United States to the “proposal to send” hundreds of American diplomatic staff from Russia, and it probably came as a pretty strong blow, on the basis that something was urgently burned at the consulate. Will our country be able to answer now? It was necessary to answer in 2016, but now the USSR’s experience will have to be repeated, the USSR people's deputy (1989-1991), ex-deputy of the State Duma of the Russian Federation, retired Air Force Colonel Viktor Alksnis is sure. He told about this in a conversation with Nakanune.RU.

Question: Can this conflict grow into a diplomatic war, in your opinion?

Viktor Alksnis: Already, the situation has shifted from a diplomatic conflict to a situation of diplomatic war. It is sad to admit, but, in fact, we have unleashed this diplomatic war. This is due to the biggest mistake in our relations with the United States. As it is known, one of the most important principles of diplomacy is the principle of reciprocity, mirroring - if one country performs some actions that damage the other country, the other country takes mirror response measures.

But our leadership in this situation decided to abandon this principle and go its own way. As a result, the United States, in fact, beat us.

Question: When did this happen?

Victor Alksnis: This conflict could end as early as December last year if our side mirrored the expulsion of our diplomats in the number of 35 people and the arrest of our diplomatic property in the United States. But, expecting, apparently, that Donald Trump will soon be in power and that our countries will have excellent relations, the Kremlin decided to pretend that nothing serious had happened and not to respond in the same way.

But, unfortunately, the situation with Trump's arrival has not improved. And then our management decided to answer - but to answer not in the mirror, sending 35 diplomats and arresting several objects, and go the other way. It was decided to equalize the number of American diplomats. And this already goes beyond the principle of reciprocity. Americans know this very well - then they used this error. 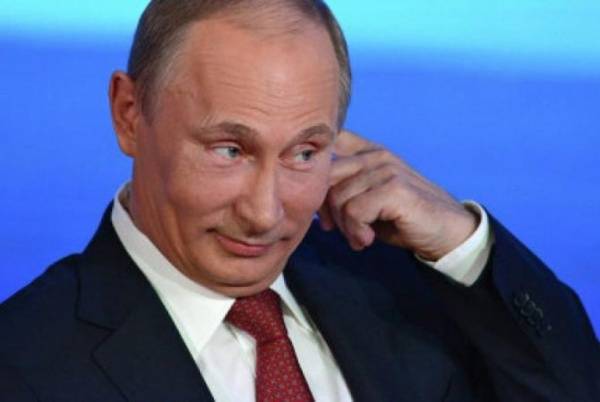 Question: Are extreme measures possible - a break in diplomatic relations?

Viktor Alksnis: Breaking Diplomatic Relations? It is unlikely that this will go, and it is hardly necessary.

Question: Then what could be the answer?

Victor Alksnis: There is a way out of this situation, and it is quite serious - 1948’s experience must be repeated. Diplomatic conflicts occur constantly and in most cases end up with one side taking some action, the other side taking the same — the conflict is exhausted. But here the situation is completely different.

Our position is much more serious than that of the United States, in the sense that we have, in fact, no way to really answer this. To do this, one must show political will and respond in such a way that the Americans understand that further stirring up of this conflict will not lead to anything good. 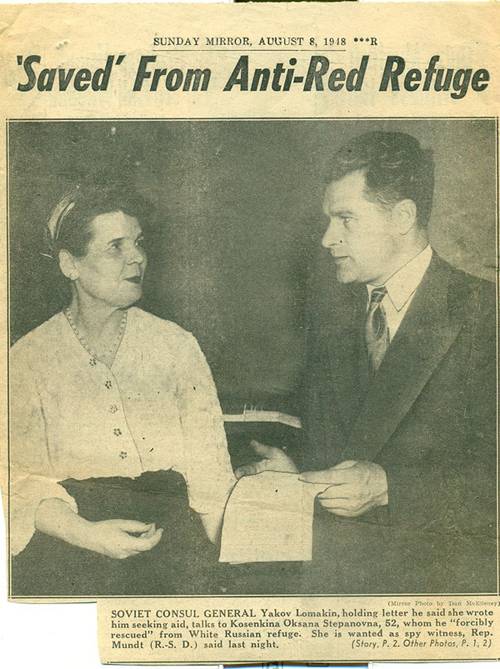 In 1948, three years after the war, when our country was in a very difficult economic situation, half of the country was in ruins, we did not have a nuclear weapons at that time - nevertheless, the Soviet Union in a similar situation took rather tough measures.

In August of 1948, we began to reduce the number of our diplomatic staff in the United States, because relations were deteriorating every day, including because of the crisis in Berlin. And it was decided to reduce the number of our diplomats, to close the school at the US Embassy, ​​and to return teachers and schoolchildren back to the Soviet Union. It turned out that the director of this school and their family refused to return to the Soviet Union and appealed to the American authorities for political asylum.

At the same time, the school teacher Oksana Kasenkina disappeared. The Americans said that she allegedly also sought asylum in the United States, but at the same time her letter was received by the Soviet consulate, in which she wrote that she wanted to return home. It became known that this teacher was on the territory of a public organization that had been created by the White Guards, where refugees from the Soviet Union lived. Our consul went there, to this organization, managed to meet with her, she confirmed that she was there not against her will, that she was, in fact, kidnapped. Accordingly, she confirmed her desire to return to the territory of the Soviet Union.

They arrived on the territory of our consulate, an urgent press conference was held at which she was represented. There she confirmed that she wanted to return to the Soviet Union, her letter was shown. It would seem that the question was settled, but the United States went to a dramatic aggravation of the situation, it was stated that Soviet diplomats had abducted this teacher, the American court decided to question her at the court about whether she voluntarily wanted to return to the USSR.

And then something incomprehensible happened: according to our side, representatives of the American special services entered the consulate building and were simply taken away from there by force; according to the American side, she allegedly jumped from the third floor, wanted to escape. After that, the Americans accused our Consul General of having kidnapped a person in the United States and expelled him. There is a record in the memoirs of the then American ambassador to the USSR that at one o'clock the then foreign minister of the USSR, Molotov, summoned him, a very difficult conversation took place, during which Molotov accused the American side of rude political provocation. 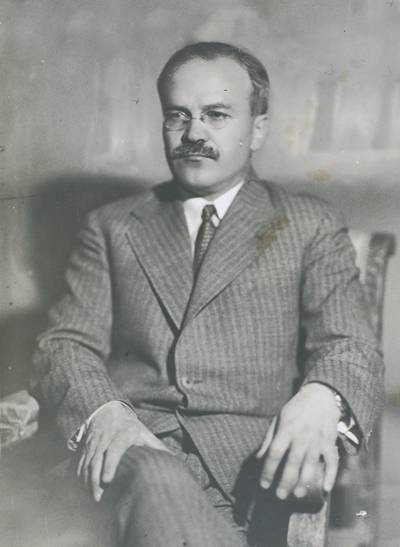 Question: So we should also end consular relations?

Victor Alksnis: Obviously, yes, we have no choice but to repeat our Soviet experience and stop consular relations. We need to officially declare the termination of the activities of our three consulates in the United States and to demand from the American side that all consulates in Russia be terminated. I don’t see any other way out of this situation, because if we go the other way, it will again be a violation of the principle of reciprocity, it will again be the US claims and some new measures.

And here the whole situation will be brought to its original position, that is, we close the consular relations, but we respond according to the principle of reciprocity.