Fight for the olivine belt 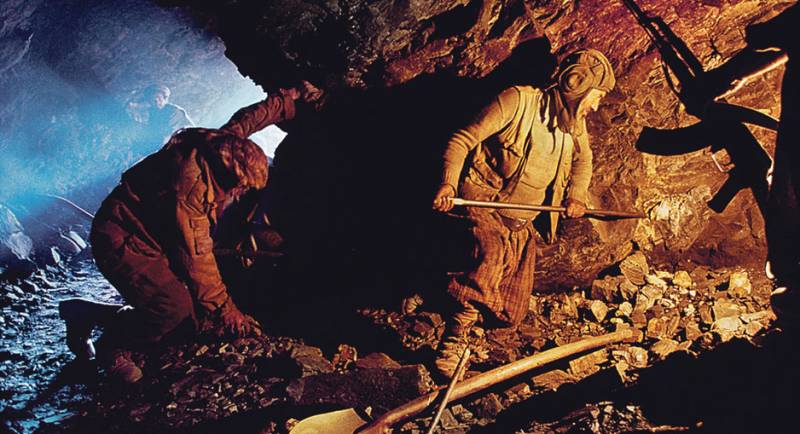 The international community, watching Donald Trump’s escalation of the American military presence in Afghanistan, somehow does not really draw attention to the fact that this Asian country has very significant deposits of oil, natural gas and other minerals of strategic importance: iron and copper ores, cobalt, gold and lithium.

Meanwhile, in one Pentagon memorandum marked “For internal use” (http://www.nytimes.com/2010/06/14/world/asia/14minerals.html) it was stated in 2007 that in the future Afghanistan could become "Lithium Saudi Arabia". And although the creation and development of the mining industry may take many years, the leaders of companies engaged in this industry consider the potential of the future industry to be high enough to attract significant investment. At the same time, the size of reserves of lithium mineral deposits in Afghanistan has yet to be determined.
In 2010, in an interview with the New York Times newspaper (http://www.nytimes.com/2010/06/14/world/asia/14minerals.html), General David Petraeus, the then chief of US Central Command, noted: “... local potential awesome. Of course, there are numerous “ifs,” but I think the potential is huge. ” Jalil Jumriani, an adviser to the Ministry of Mines of Afghanistan, believes that lithium mining will become the backbone of the Afghan economy.

The Pentagon report is silent, however, that this resource base has been known since 1970 thanks to the work of both Soviet and Chinese geologists.

Although the Afghan government of President Ashraf Ghani appealed to President Trump to attract US investments in the local mining industry, including lithium mining, other countries were implementing projects in this area - China, Russia and Iran. At the same time, according to American views, Afghanistan’s trade and investment cooperation with China, Russia and Iran is contrary to the military-strategic and economic interests of the United States in Central Asia.

The undisputed leader in investment in the economy of Afghanistan is China. Companies in this country not only develop mineral deposits, but also lay pipelines and transport corridors. One of the top priorities of China is the construction of a modern version of the historic land transport Wakhan corridor connecting Afghanistan with the Xinjiang Uygur National District.

The value of potential reserves of natural resources in Afghanistan is estimated at about three trillion dollars. The Chinese have already acquired the rights to extract significant amounts of copper ore and coal. In recent decades, companies from the PRC have become the first among foreign firms that in Afghanistan managed to get concessions for oil exploration. The result was the discovery by the China National Petroleum Corporation (CNPC) of a large field with reserves of 1,8 billion barrels in the north of the country. For comparison: before that, the total oil reserves in Afghanistan were 150 million barrels. And the Chinese state-owned giant Metallurgical Corporation of China (MCC) managed to take control (http: // national interest.org/feature/afghanistan-has-only-one-hope-lithiu ...) the giant copper mine of Mes Ainak, located in the territory controlled by the Taliban. Back in 2010, Washington expressed its fears: “Greedy for resources, China will try to dominate the development of Afghanistan’s mineral wealth, which the United States will be worried about ... And having won the tender for the Ainak copper mine in Logar province, China will surely want more” (http: / /www.mining.com/1-trillion-motherlode-of-lithium-and-gold-discover ...).

Afghan deposits of lithium-containing minerals used in various fields, from conventional batteries to nuclear devices, were next in line. At least until Trump's decision to build up a military contingent in Afghanistan.

China and the battle for lithium

Now Chinese mining conglomerates are in a tough competition to achieve strategic control over the global lithium market. It is still controlled by the Big Three, consisting of the corporations Rockwood Lithium (USA), Sociedad Quimica y Minera de Chile (Chile) and FMC (USA, operates from Argentina). Meanwhile, China’s share of world lithium production is growing, and the country is already fourth after Australia, Chile and Argentina. And the Chinese corporation Tianqi Group gained control of Australia’s largest lithium mineral deposit called Greenbushes. The share of Tianqi in Talison Lithium, the operator of the field, is up to 51 percent. The second Chinese partner in the development of this field is Albemarle from North Carolina, the parent company of Rockwood Lithium Corporation.

Beijing's dash towards lithium production is due to the rapid development of the electric vehicle industry in China.
Today, China is the center of the "lithium universe." The country has already become the largest market for electric vehicles. And BYD, a Chinese company supported by US investor Warren Buffet, is the world's largest manufacturer of these products. At the same time, Chinese companies - manufacturers of lithium supply the most lithium components for batteries. In China, 25 companies operate, producing 51 model of electric vehicles. This year 500 thousands of these vehicles will be sold in China. In comparison, since the 2009, General Motors took seven years to sell the 100 of thousands of Chevy Volt electric vehicles. And BYD will sell 100 thousands of electric vehicles in 2017 alone (http://www.mining.com/web/china-the-centre-of-lithium-universe/)!
“War is good for business”

As noted by the influential American edition of Foreign Affairs (https: //www.foreignaffairs.com/articles/afghanistan/2017-03-21/how-trump ...), "the number of US military in Afghanistan is much higher than in other areas of reference combat operations. What is it for? Why does Trump send additional forces to this country?

Their official mandate is to fight the Taliban, Al-Qaida and ISIL (all three groups are banned in the Russian Federation) as part of the Global War on Terror. However, the real goal pursued by the United States, placing its military bases in Afghanistan, is to establish Washington’s firm control over the country's richest resource base.

Another undeclared goal of the US military presence in Afghanistan is to oust China from this country, that is, not to allow it to maintain normal trade and economic relations with Afghanistan and make investments.

The network of American military bases in Afghanistan, that is, on the western borders of China, is an integral part of a broader process on the military environment of the PRC. Today, this ring consists of US Navy ship groups deployed almost permanently in the South China Sea, US forces in Guam, South Korea, Japan (Okinawa and Jeju), Singapore, and Australia.

In accordance with the US-Afghan security cooperation agreement concluded as part of Obama's “turn to Asia,” Washington and its NATO partners were able to establish their military presence in Afghanistan at strategic points. Nine US bases will control the western border of China, Pakistan, Iran, as well as Turkmenistan, Uzbekistan and Tajikistan.

However, today the US military presence has not fully achieved its goals. China-Afghanistan trade and investment relations continue to grow. In 2012, countries entered into a strategic partnership agreement (http://www.reuters.com/article/us-china-afghanistan-idUSBRE85705120120608). Afghanistan, moreover, received observer status in the Shanghai Cooperation Organization (SCO).

Moreover, close bilateral relations were established with China by neighboring Pakistan, which already as a full member is in the SCO. And Donald Trump, meanwhile, is threatening Pakistan, which, even without that, has for many years been the target of the American “undeclared war with the use of unmanned aerial vehicles”.

Pakistan, Afghanistan, Iran and China are developing their cooperation through oil and gas pipeline projects. The geopolitical platform for the integration of Afghanistan into the Eurasian energy and transport corridors is the SCO, which includes Turkmenistan, Uzbekistan and Tajikistan.

In other words, there is a geopolitical shift in both Afghanistan and Pakistan towards the integration of these countries into the Eurasian into the trade-investment-energy axis.

In addition, China intends to integrate Afghanistan into the transport network of Western China as part of Beijing’s One Belt, One Road Initiative.

Michel Chossudovsky - Canadian economist and publicist. Professor Emeritus of the University of Ottawa (retired). Born in 1946 year. With 2001 as director and president, she heads the Center for Research on Globalization in Montreal. In 1993, he published an article in the New York Times in which he proved that B. Yeltsin’s neoliberal reforms would lead to a catastrophe. He worked as an adviser to governments of developing countries and international organizations. Author of 11 books, contributed to the Encyclopaedia Britannica. In 2014, he was awarded the Gold Medal "For Merits" of the Republic of Serbia for covering NATO aggression against Yugoslavia.