4 September 2017
25
The Ukrainian edition of Timer reports that the Italian Navy ship arrived today at the Odessa seaport. It is about the destroyer "Luigi Durand de la Penne". On board the Italian destroyer, in addition to the main members of its crew, are cadets of the Italian Naval Academy who are practicing aboard a warship. The Naval Academy of Italy is located in Livorno. 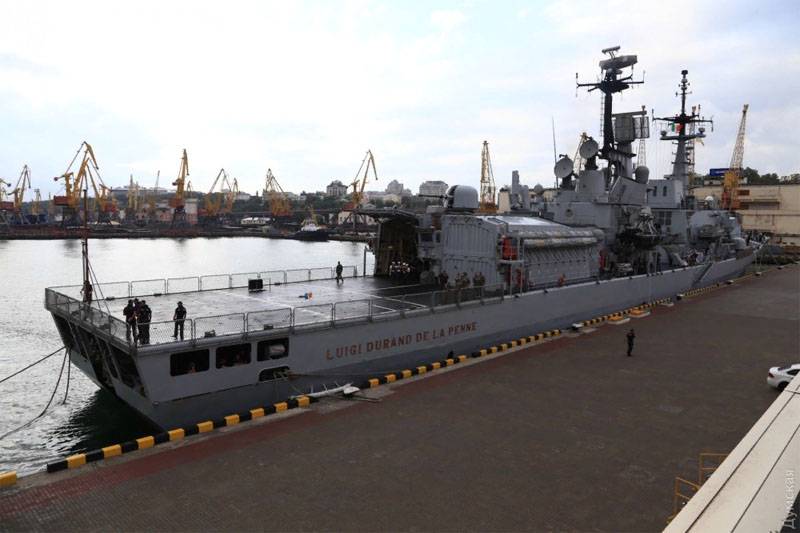 It is reported that cadets of the Naval Lyceum and the Naval Academy of Ukraine will board the destroyer. In turn, the Italian sailors will demonstrate the Ukrainian “pride” - “Hetman Sagaidachny”, which, due to the constant need to be involved during the exercise, or when receiving NATO guests, can not get up for the planned repair.

It is known that the Italian visit to Odessa will last until September 7. On one of the days of the visit, Italian and Ukrainian sailors will make a boat ride to the place of death of the Italian ship Rakkia to lay wreaths on the water in memory of the dead sailors. The ship hit a mine on the traverse of the Bolshifontansky lighthouse.

From the official Italian chronicle (published by the newspaper "Black Sea Lighthouse"):
9 July 1920, the destroyer “Carlo Alberto Racchia” sailed from Constantinople to Odessa, escorting a convoy from the steamers Calvi, Melpomene and Talia, on which there were 14 thou. monarchy ... At 11 in the morning hours of 21 in July, when Racchia was 9 miles south-west of Cape Fontana and 19 miles from Odessa, the ship was blown up by a mine, possibly Turkish. After 40 minutes after the explosion, left by the crew on orders, the ship sank at a depth of 11 m, and the survivors were raised to Calvi. The loss of the Rakki crew amounted to 10 dead and 9 injured. After several unsuccessful attempts to return the wreckage, the ship was excluded from the list of the Italian Navy in 1922.

Luigi Durand de la Penne is the name of an officer (combat swimmer), Lieutenant of the Italian Navy, who sank the English battleship Queen Elizabeth and the destroyer Jervis during the Second World War.