UVZ presented an engineering machine based on T-90A 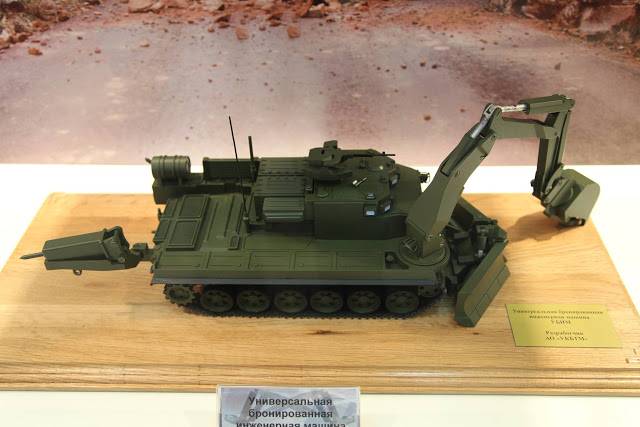 Model of a developed universal armored engineering vehicle (UBIM, "Object 153") based on the T-90A tank.

The machine is created by order of the Engineering Forces "Ural Design Bureau of Transport Engineering" (UKBTM, is part of JSC "NPK" Uralvagonzavod ") in the framework of the ROC" Robot-3 ".

“The name“ Robot-3 ”is the same as the work of Omsk KBTM on the development of the“ Engineering road vehicle ”based on T-80U. Actually, this is the same work. Only in this case, the machine is created on the platform of the T-90A tank, ”the expert writes. 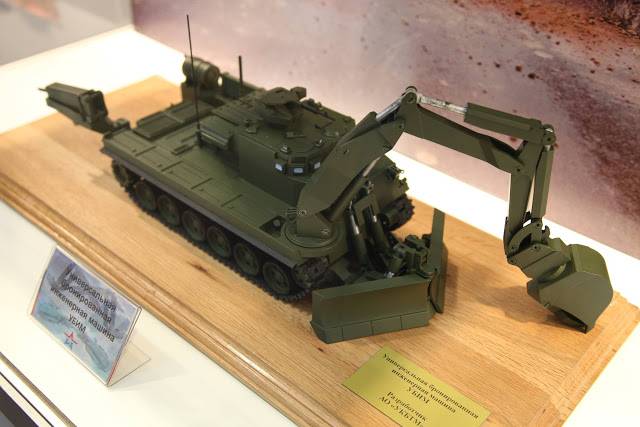 According to the information, "Robot-3" is intended to "prepare the paths of movement and maneuver of troops, including in areas subjected to nuclear strikes. "

The car is planned to be used in divisional and army units. The work equipment is “a universal bulldozer, a telescopic boom with a manipulator and an excavator bucket, a hydraulic hammer, a traction winch, and trawling equipment,” the material says. 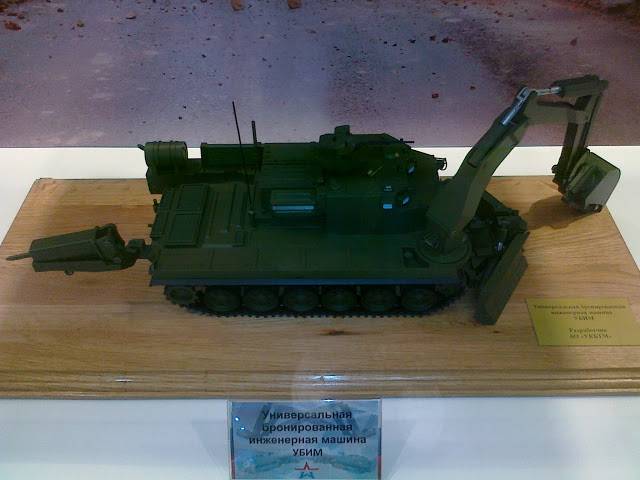 We are in Yandex Zen
Innovation Day of the Southern Military District: the main battle tank T-90A
Uralvagonzavod Corporation News
28 comments
Information
Dear reader, to leave comments on the publication, you must to register.