4 September 2017
17
From 14 to 20 September, the military exercise “West - 2017” will be launched in Belarus, which the mainstream Western media announce as a military threat to the West. Even in preparation for the invasion of Russia in the Baltic States, Ukraine and Poland, that is, in preparation for a big war in Europe. 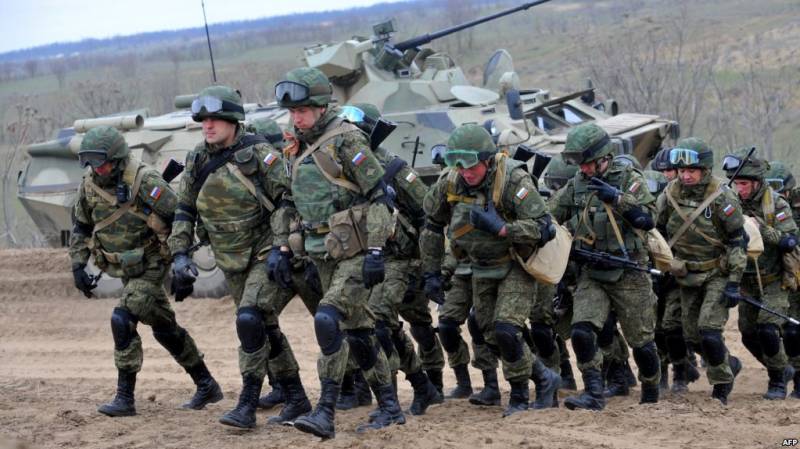 On the one hand, this is an obvious lie, since the 13-thousandth group taking part in the exercise cannot prepare an attack on the NATO forces in neighboring countries that are many times more powerful and capable. But the fact that in order to whip up anti-Russian hysteria in the West does not stop using obvious lies - this is an alarming fact, it can be seen as the formation of prerequisites, excuses for a NATO attack on Russia: the forces and means of NATO deployed on the borders of Russia greatly exceed those of Russia. In any case, this is a dirty military-political provocation.

On the other hand, the West-2017 exercises have political objectives. Actually, they also cause hysterical reaction of Western “humanists” in the media. Indeed, why are these exercises held in mid-September?

The Bandera regime in Ukraine for a long time and at high levels, not to mention its own media, announces the “Croatian scenario” for the Donbass republics, which is essentially a full-scale military operation, a new war in Donbas. Under this scenario, Kiev prepared a political basis - a law on “reintegration of Donbass”, which can be approved by the Verkhovna Rada in the first days of September. It is known that this law was prepared with the participation of American consultants, and maybe it was written by them.

The law on the “reintegration of Donbass” is a political cover for the offensive of the Bandera APU and the Nazi battalions in the Donbas, and it is known that Russia is officially declared in this law as the “aggressor state”, that is, the Bandera offensive can end with the declaration of the Russian war, she will assist the Novorossiysk Donbas republics in repelling aggression.

September is the time when Bandera made a decision about the “Croatian” invasion of the Donbass in order to have time to finish it before the autumn thaw and winter. Then it will be too late. Then the September exercise “West - 2017” is a warning from Moscow about the inadmissibility of the “Croatian scenario” and, possibly, the law on “reintegration of Donbass” with a passage about Russia as an “aggressor country”. Kiev puts a fist over the Donbass, Russia puts a fist over Kiev from the direction of Belarus. Whether these fists will fall is another question.

The adoption by the Council of the law on the “reintegration of Donbass” with the announcement of Russia as an “aggressor country” can have dramatic consequences. Apparently, this scenario has already been calculated by Moscow, and then the situation can develop rapidly and unpredictably. Because this law will lead de facto to the complete destruction and frustration of the Minsk agreements.

The natural answer of Russia is the recognition of the Kiev authorities as illegitimate, and the announcement of the Bandera regime as neo-Nazi. And the recognition of the Novorossiysk republics. Perhaps it was about this that President Putin said in a recent telephone “Norman” conversation to his “colleagues”, which caused a hysterical statement by German President Frank-Walter Steinmeier about the “inadmissibility of increasing Russia's confrontation with the West.”

Thus, in Ukraine a military outbreak is possible according to the “Croatian scenario”, which for the top of the Bandera regime is seen as a way out of economic and political collapse, and for Washington it is the final step in its Ukrainian adventure. And Russia is preparing for such a scenario, including expanding its grouping in Belarus.

From a military point of view, the exercise "West - 2017" in any case will reduce the power pressure of Bandera on the Donbass, diverting some military forces to themselves. Kiev has already responded to the Russian-Belarusian exercises by announcing exercises "Unshakable stability - 2017", which will require the participation of some troops. Because “West - 2017” puts at risk the “Croatian” plan of Kiev, and already concentrated on Donbas more than 100 thousandth group of Bandera troops.

Finally, September 24 will be held in Germany, and it is clear that any military battle for these elections in Ukraine will have an impact on their outcome. Voynushkoy in the East, Americans can try to change the post of German Chancellor "irremovable" and out of control, Angela Merkel. This will be a strong reason for the most anti-Russian candidate to be promoted to the post of German Chancellor, and this will no longer be Merkel.

Since the responsibility for such a turn of events in Ukraine, if desired, can be placed on Merkel, declaring it the result of her wrong Eastern policy, which created the conditions for the “new aggression of Moscow”. Hysterical in the Western media about the imminent "Russian invasion" then looks like a necessary information prelude. The fact that this is a lie is unimportant for the pro-American media: they will make it “the truth”: the political result for the USA is always more important than the concrete truth.

Interestingly, the US special envoy to Ukraine Kurt Volker said the other day about the growing influence of nationalists in Ukraine, however, he blamed Russia for this, the United States allegedly was not involved: they were handing out cookies on Maidan to make it better! .. Walker Walker about the nationalists in Ukraine, despite the fact that he repeats every time about the "territorial integrity of Ukraine", forgetting to mention the need for Kiev to fulfill the Minsk Agreements, suggests that he was sent by Washington to slam the Ukrainian door in response, say, to the Syrian attack US s.

It seems that the United States is trying to finally set fire to Ukraine, and then Kurt Volker, a diplomat with a celebrity past, allegedly arrived with the task. Ex-ambassador to Russia McFaul said recently that President Trump does not give permission for deliveries weapons Ukraine. This may not be a random statement: the United States formally stands aside in the event of a resumption of the military conflict in Ukraine; they did not supply weapons to Ukraine. And all the consequences are preparing to blame on the nationalist regime in Kiev, about which Volker has already said, and on Russia, which Volker has already managed to accuse of facilitating the nationalists coming to power in Ukraine.

At the US special representative Volcker, it turns out that Russia has brought its strongest enemies to power in Ukraine, against itself ... The usual American schizophrenia, with which they, in general, always hide behind, in order to abandon their failed "bitch sons" ...