August 31 2017
16
After the 15-day crossing from South Korea, the first diesel-electric submarines of the Type-209 / 1400 project arrived in Indonesia, reports TSAMTO. 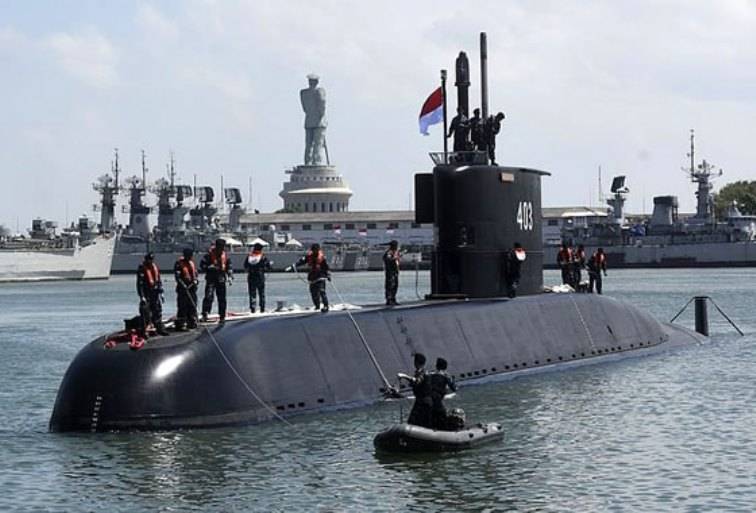 The submarine, called Nagapasa, will be part of the East fleet Indonesia (KOARMATIM).

The contract between the Indonesian Navy and Daewoo Shipbuilding and Marine Engineering (DSME) for the supply of three diesel-electric submarines was concluded in December 2011. The transaction value is $ 1,1 billion.

Under the terms of the agreement, the first two diesel-electric submarines will be built at the DSME facility in South Korea, and the third submarine - at the PT PAL shipyard in Surabaya (Indonesia). "Blocks of the third submarine will be built in the Republic of Korea and sent to Indonesia for final assembly after the transfer of the necessary technology," - said in a statement.

The submarine is designed to perform various tasks, including anti-ship warfare, the fight against enemy submarines, the laying of mines and the support of MTR operations.

Nagapasa will be the first submarine accepted for service by the Indonesian Navy for more than a 30-year period (the last two diesel-electric submarines, the Chakra and Nanggala, were transferred to the fleet in the 1980's).

Publication reference: “1400-ton DEPL" Type-209 / 1400 "class" Chang Bogo "has a length of 61,3 m and width 6,25 m. Crew - 32 person (including 5 officers). The diesel-electric diesel engine is equipped with four MTU 12V493 diesel engines and develops a maximum speed of the 21 knot in the underwater position and 11 of knots in the surface, the cruising range in the naval position is about 10000 nautical miles. The armament will consist of eight 10-mm torpedo tubes capable of launching torpedoes, mines and rockets. ”