Russian telecommunications operators arrived in Belarus to participate in the study

August 30 2017
18
Military personnel of the central communications center of the General Staff of the Armed Forces of Russia arrived in Belarus to participate in the joint exercise "West-2017", reports RIA News the message of the "Belarusian military newspaper." 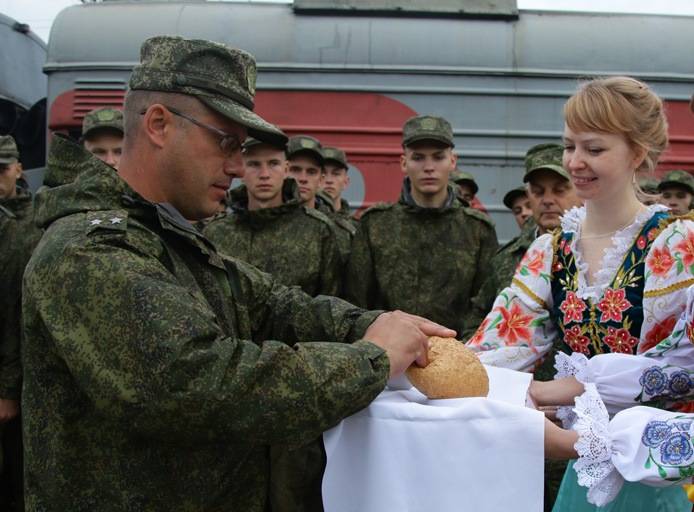 The Russian-Belarusian doctrine “Zapad-2017 will be held on September 14-20 in Belarus and Russia. As previously reported, it involves about 12,7 military personnel.

The publication noted that telecom operators from Russia are to interact during the Zapad-2017 exercise with Belarusian colleagues from the 86 communication brigade.

Recall that in late July, the material and technical support units of the Western District of the RF Armed Forces arrived in Belarus. Together with the Belarusian military, they are training the points and means of controlling the formations, military units and organizations of the rear, technical (logistical) support of the armed forces of the two countries.