The Northern Fleet has replenished with another anti-diversion boat

August 28 2017
20
Detachment against submarine sabotage forces and means of the main submarine base fleet Gadzhievo received the third boat of the project 21980 "Rook", reports TASS Post press service of the Northern Fleet. 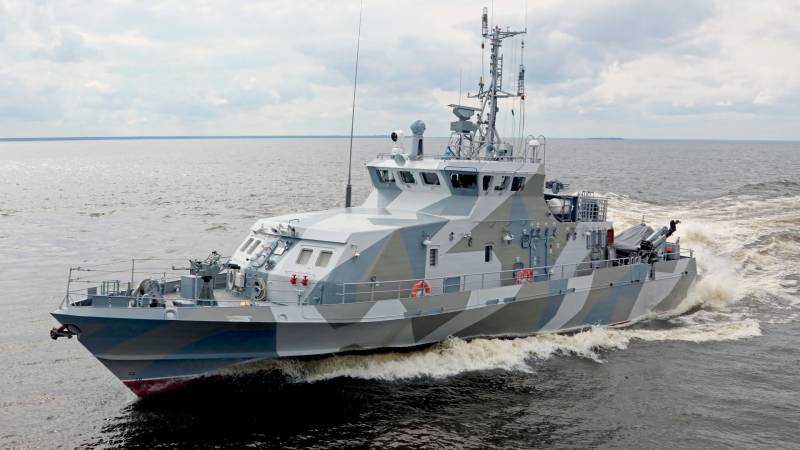 "As part of the military-technical forum" Army-2017 "a naval flag was hoisted on a boat," the release said.

It is reported that "now in service of the submarine forces of the Northern Fleet are three modern boats of the Rook project, the first of them received the name" Arctic Polar Circle "and took part in the Main Naval Parade in St. Petersburg."

The boat of the 21980 “Rook” project was developed by the Nizhny Novgorod Design Bureau Vympel. They are engaged in the construction of the Shipyard "Vympel" in Rybinsk (Yaroslavl region).

According to the manufacturer, the boats are “designed to fulfill the tasks of protecting water areas, and combat sabotage forces and facilities in the water areas of bases and near approaches to them.” They are equipped with large-caliber machine guns, anti-sabotage grenade launchers and portable air defense systems.

The electronic and hydroacoustic armament of the boat allows searching for underwater objects, including small-sized and subtle, such as combat swimmers.