Poroshenko's users responded to the congratulations of the residents of Donetsk

August 27 2017
45
President of Ukraine Petro Poroshenko today congratulated the residents of Donetsk on the Day of the city, expressing hope for his return under the control of Kiev, reminds RIA News. 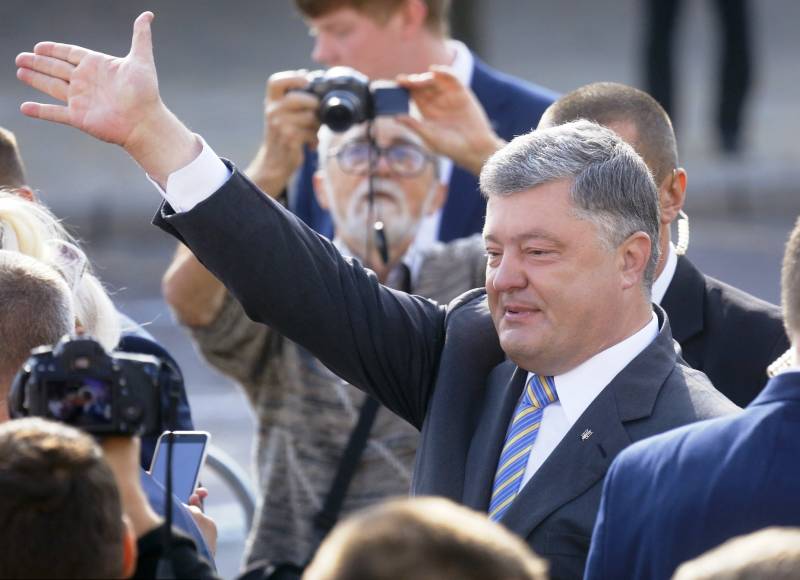 He tweeted and facebook: “Ukrainian Donetsk celebrates its birthday today. Happy cities, dear Donetsk! We love you, we remember you and strive hard for your return to Ukraine. I am convinced that the Ukrainian anthem will sound again in our Donetsk! ”

This is how the users responded.

Sergey Lebedev: “Donetsk, in its essence, was never Ukrainian.”

“Support congratulations with another bombardment and say that they have fired at themselves, you should not lie to you,” wrote Cerg57man.

“Thanks to you, I and 2 million people became refugees without receiving any support from the state. And after all you want our support? ”- wrote“ Georgian Bandera ”.

“It will surely sound (Ukrainian anthem, - VO), when the president is an intelligent man, not a talker or a valtman some, but an intelligent (!) And honest (!!) loving people,” Ples Kirov believes.

“Residents of Donetsk still had their say in 2014. Nobody thinks of returning back to Ukraine. Forget about your plans !!!! ”, - said Galina Kozlova.

There were those who welcomed Poroshenko’s congratulations.

"We are waiting, we believe, we hope," wrote Krasunya.

“Donetsk will return home!”, - Sergiy Dubenko is sure.

Earlier, the President of Ukraine said that Kiev would seek the return of Donbass and Crimea by political and legal means.