Notes of the Colorado Cockroach. Well, where are you against our strength?

August 28 2017
60
Hello to you for a long time and joyfully, my dear readers! Probably the very best of my fans have already written off the Cockroach, and almost did the right thing. Almost - this is because I am here again, although it could be otherwise.


Thank you very much to everyone who wrote to the editorial office and was interested in, “Kuda delhi cockroach, demons,” it was nice to know. In general, everything is like in people: “The doctors have long fought for his life, but he turned out to be ungrateful and survived.”

The only thing that depresses is for now not to run. But - not in vain plowed, as damned, not in vain screamed. Shift almost nurtured, well, at least, there is someone to run for me. And I lie down for all and smarter.

By the way, we can assume that we are starting from a clean slate, according to the editor, then this is my 101 creation. The round number somehow flashed, and oh well.

Of course, attentively and with the whole community we watched two events with all our eyes - ARMY-2017 for you and Independence Day for us. And, of course, compared to hoarse, massacre and swara.

Shown at you, of course, mom (if we bear in mind you know whom) - mourn! But dad does not grieve with us, dad with us vodka solves the problems of sorrows. And so that we do not grieve, we arranged for us ... Not a parade - a parade! 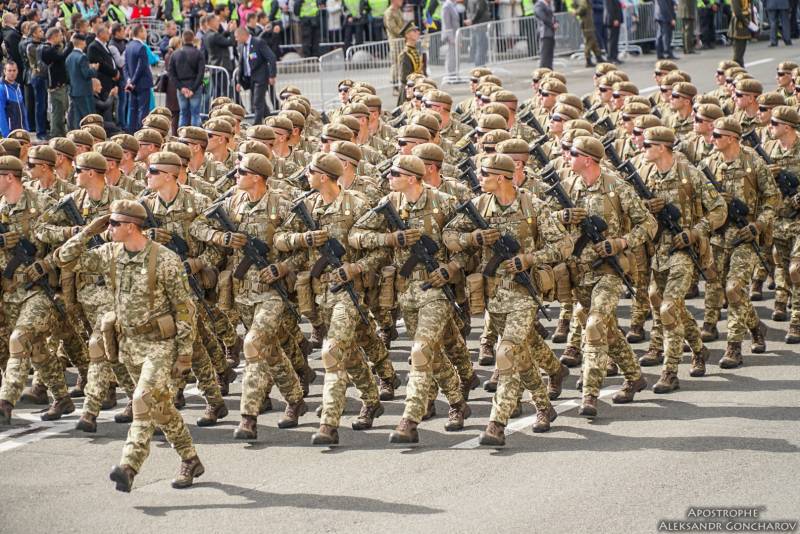 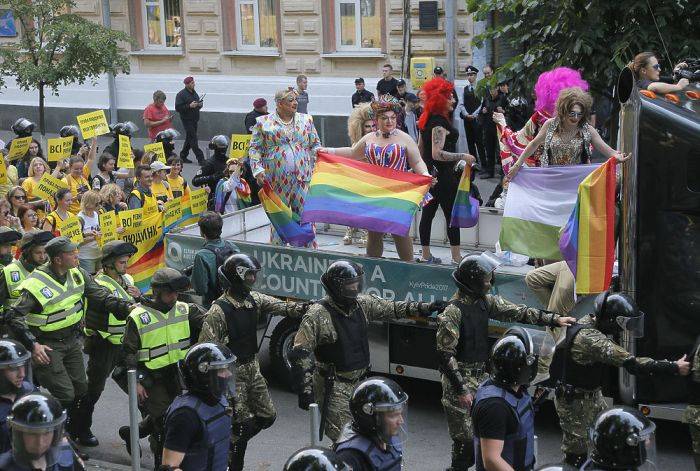 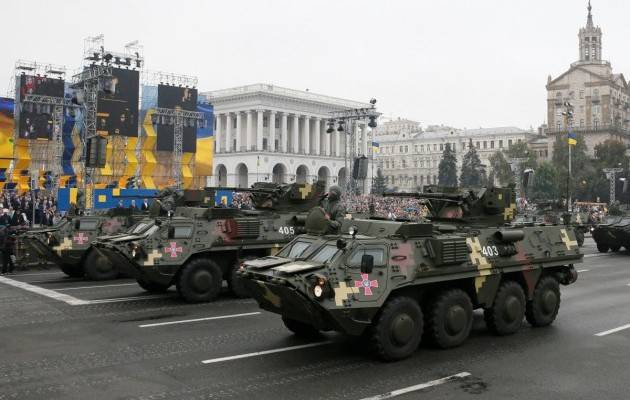 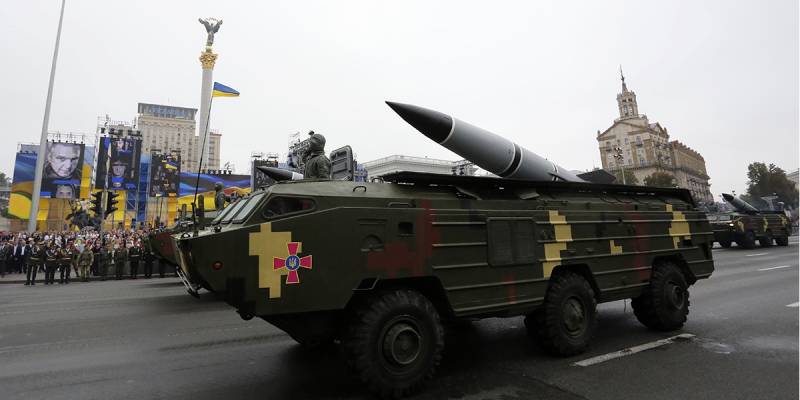 4,5 thousands of troops, they say, more than a thousand of them took part in the military operation in the Donbass. Also during the parade more than 70 units of military equipment were demonstrated, of which 25 will be completely new. Do you understand? New !!!

Well, the fact that there, besides our warriors, someone else was walking, so what? And at your parade on Victory Day, too, they walked ... Not only Russians. All those who 70 years ago forged a victory over the Nazis.

So we went to all who helped us become independent. Or does it help?

So there was a force with us that one! For fear and envy of the aggressor. So envy and fear. So simply, we cannot take away our Square, here!

And do not scare our forces with a demonstration of Armat. Although, reading the favorite "Review", I didn’t understand one moment slightly. Stumbled upon a photo. 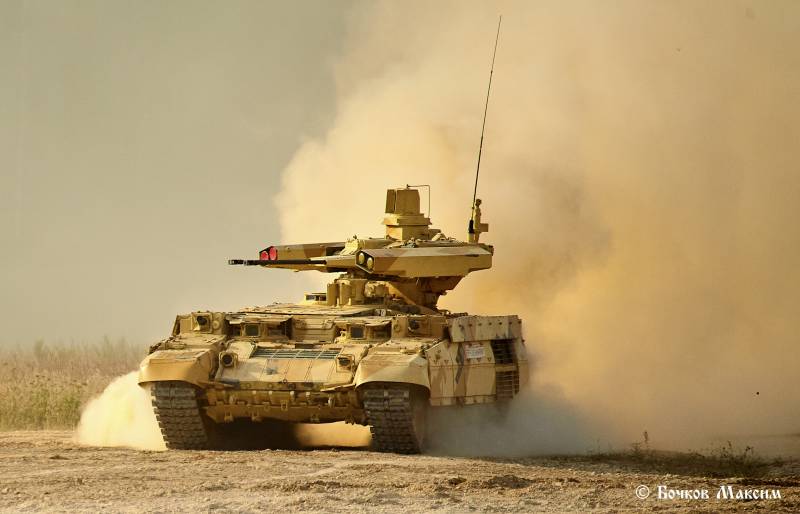 What is this, you also have a technique that is new and in one copy began to show on shows? So here, wasteful and risky? Or what, already managed to rivet, the aggressors?

But in any case, we, as can be seen from our show, are ready to repel any threat that you wave to us from your exhibition. We are not afraid, because they are strong not only with the body, but also with the spirit! So the commander said, if that.

And then, here is the true face of democracy, there was an exhibition of everything that makes up our strength. Right in the center of Kiev, on Khreshchatyk. Here you have a little turn, the Russians, you have a whole "Patriot" for this done. And there it is also necessary to get there. And here we came to Khreshchatyk and here you have a strong strength, admire. You can even climb. In short, everything is like yours, only in the far distance you do not need to break. 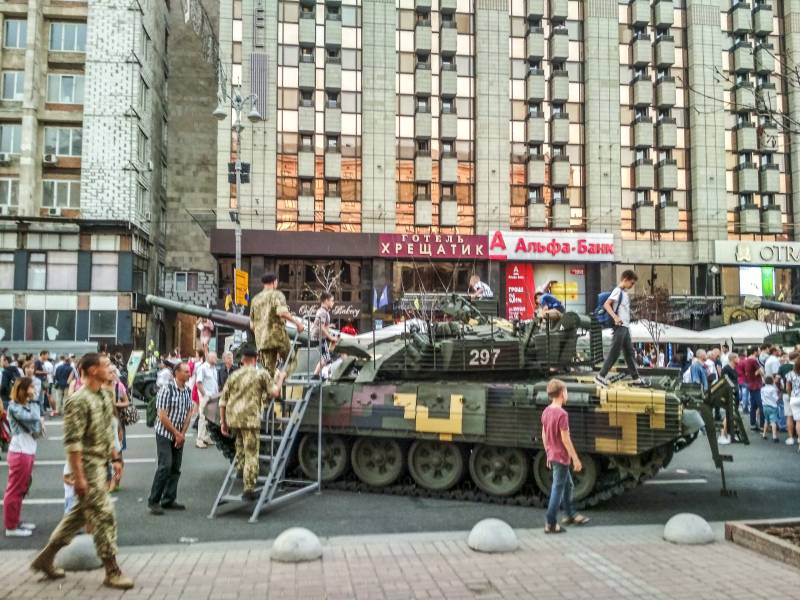 In general, if not to jerk, the celebration, which we could not hold on one day in the breadth of our soul, was possible. Everything was organized quite nice and decent. And food for the soul at every corner was, and for the body (which is important), too. 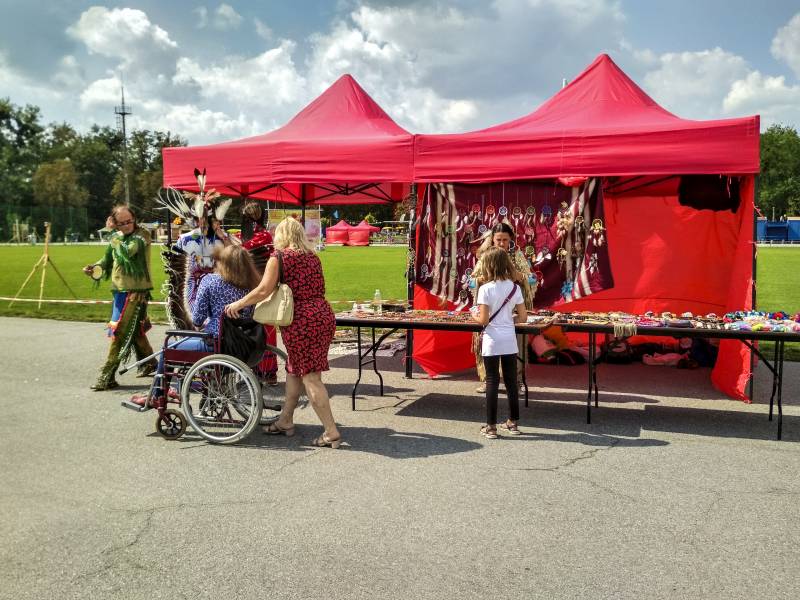 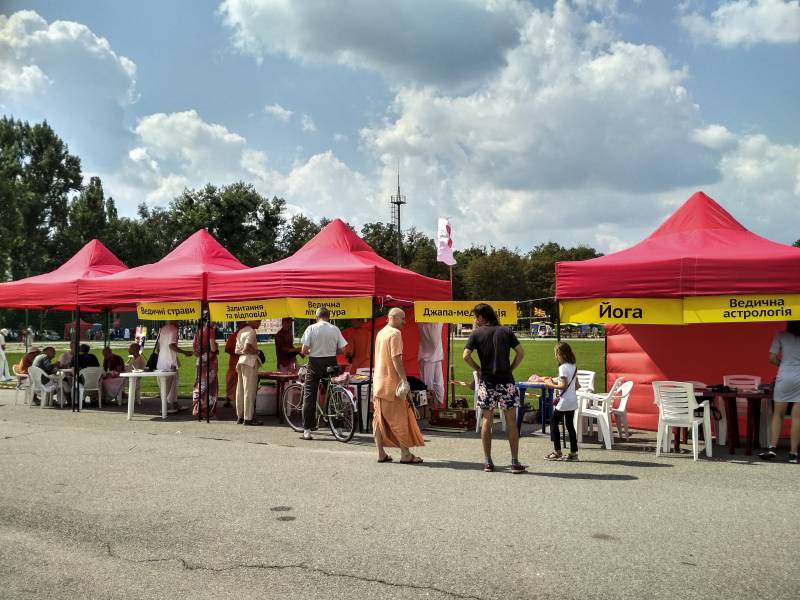 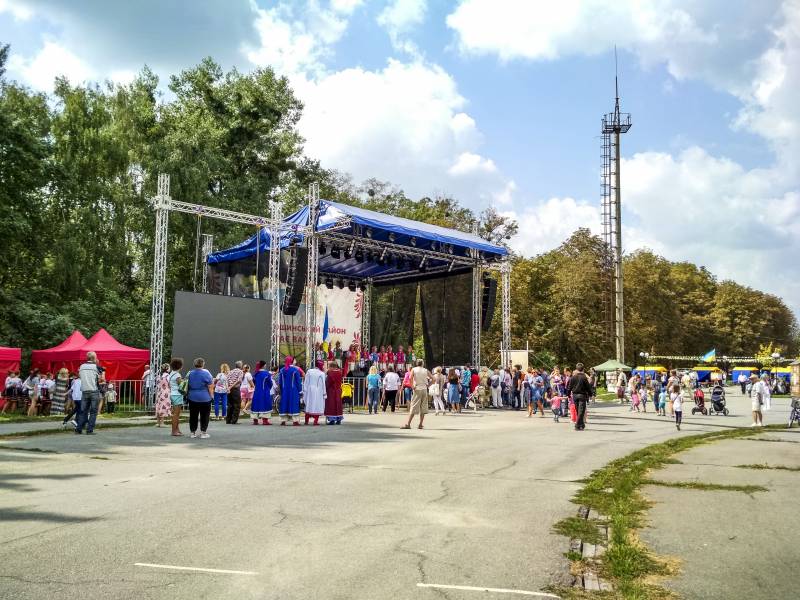 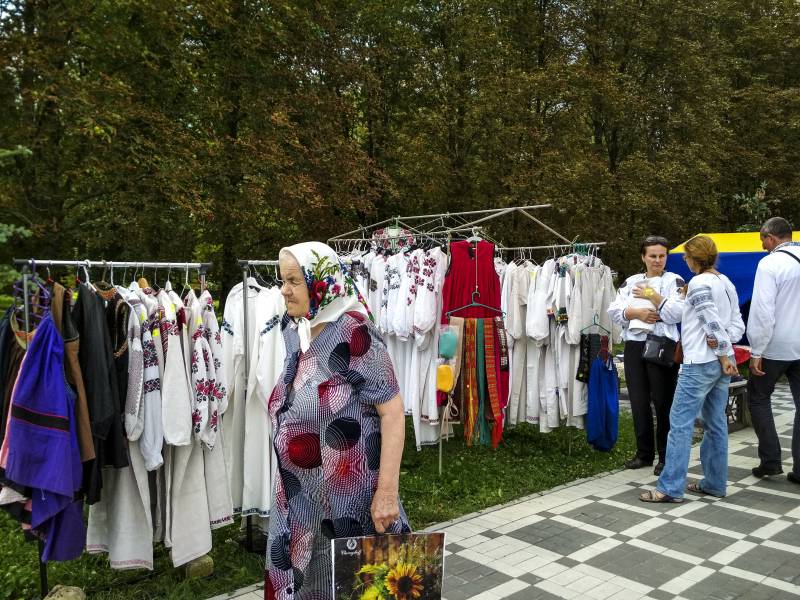 Well, the technique that was put on display is generally a joy for the kid. In the "Stronghold", however, was not allowed, but the tank is new, there is nothing to roam there inside. Everything is secret there. Probably. They don't seem to let you go to Armata either.

And so - well, everything is just like that of people (it’s clear who I mean by people, right?), No worse than neighbors.

How do you like our strong-powered KrAZ trucks? BUT? Fire, not cars! The rest, however, as your bore-editor noticed, your museums are already pushed away, but this is precisely what he said from harm. And our T-80 is still on your way, and everything else. Especially guns. 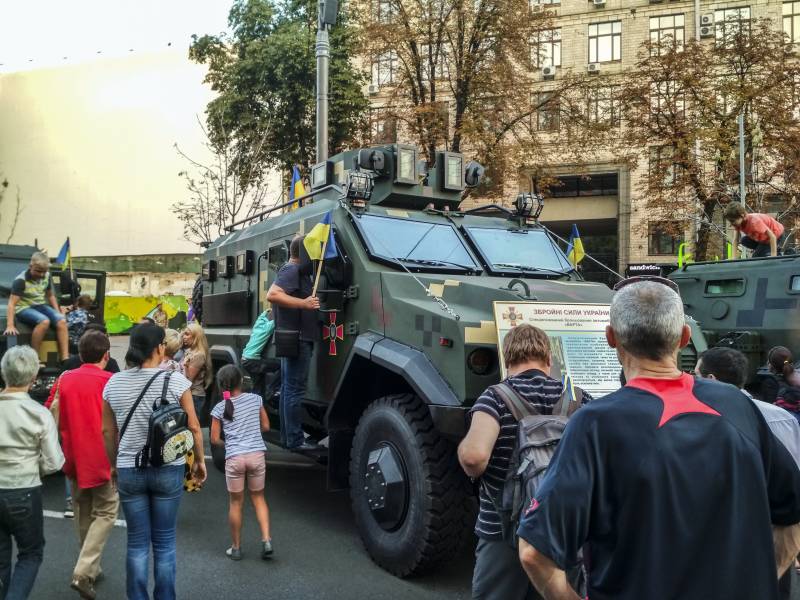 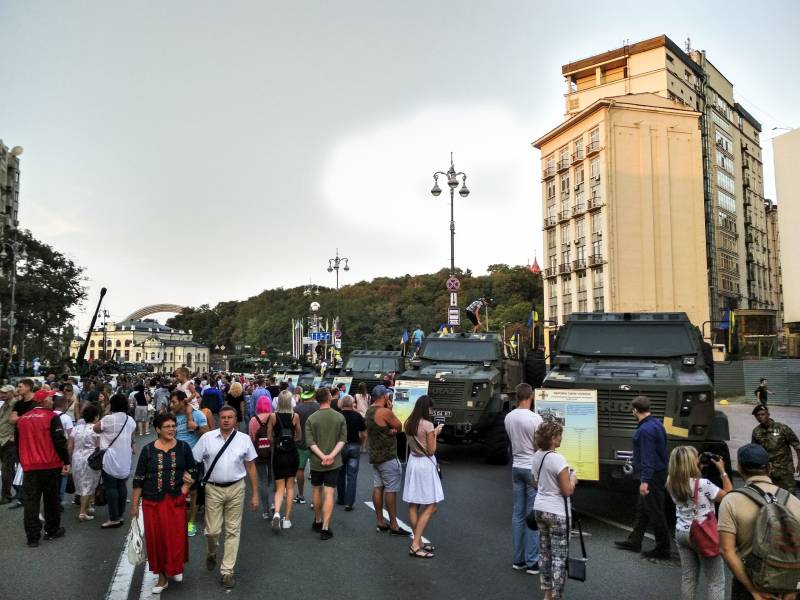 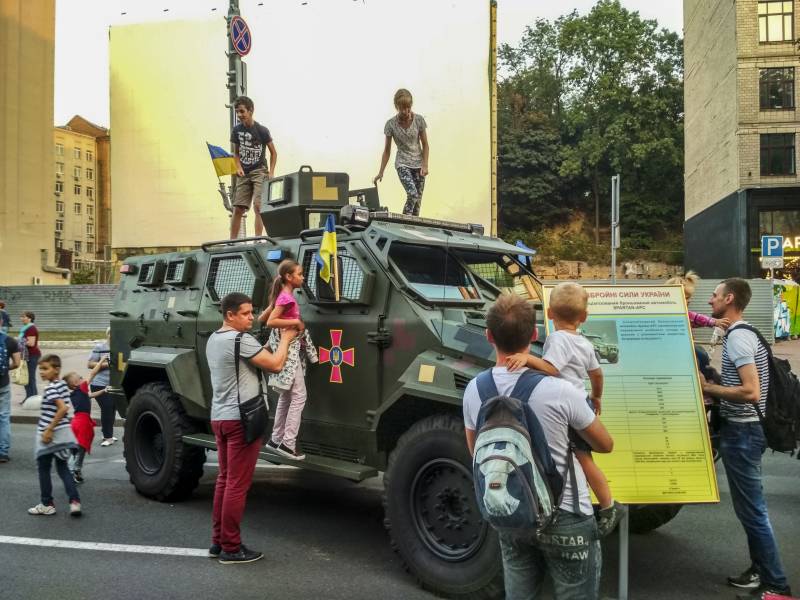 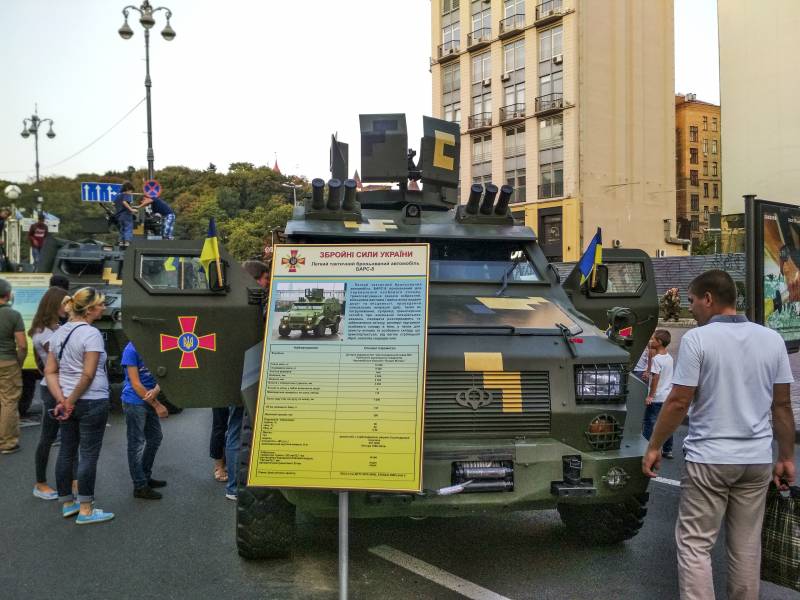 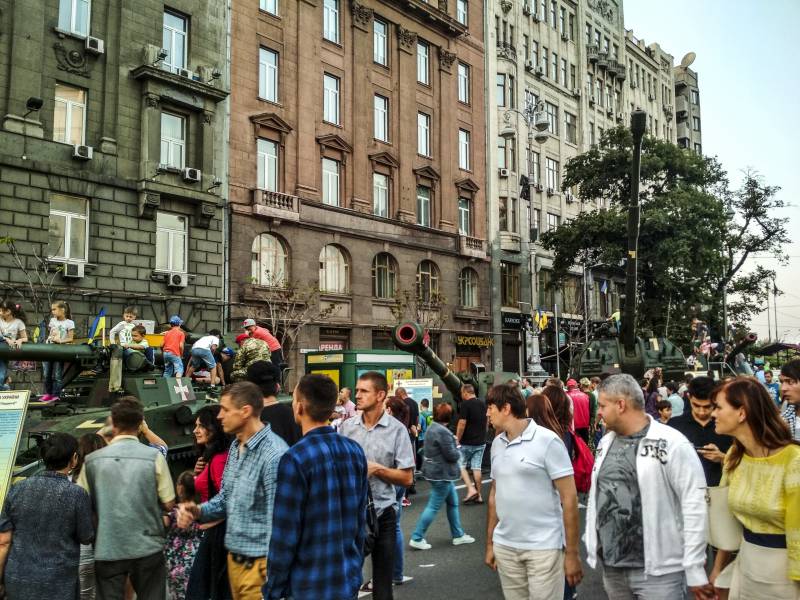 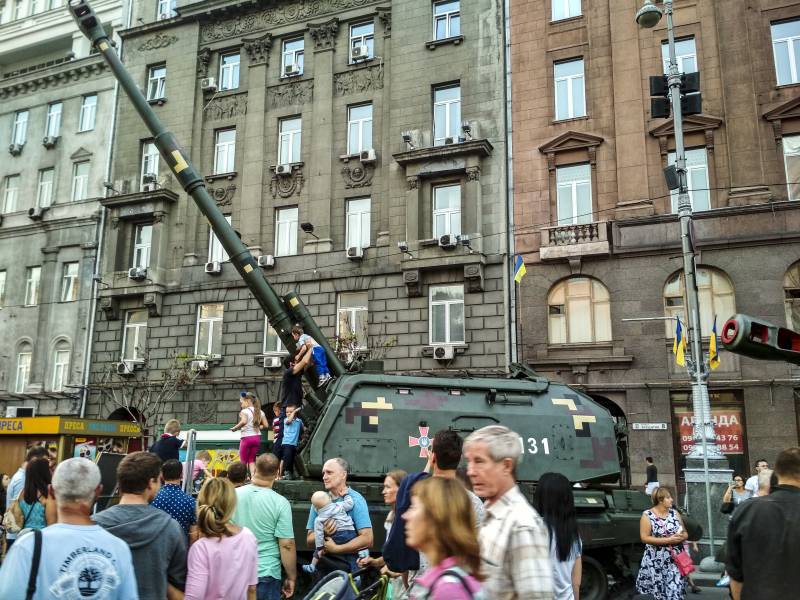 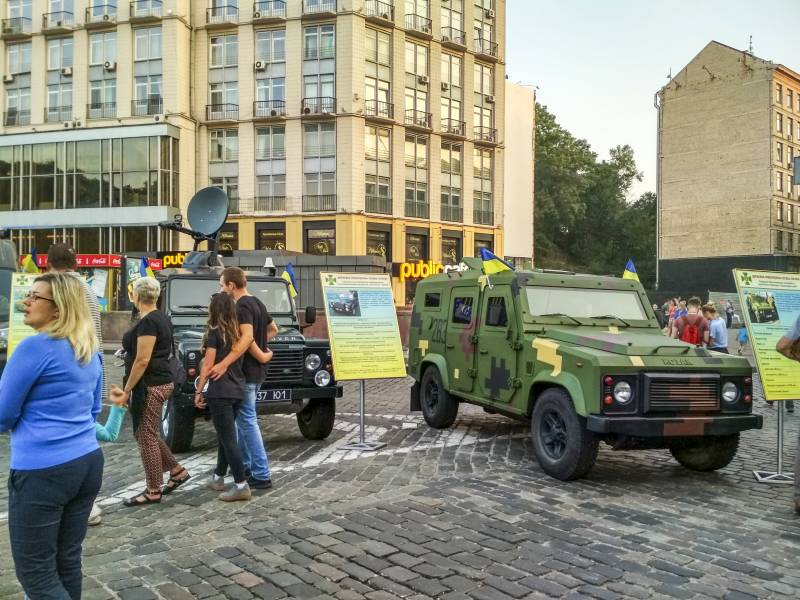 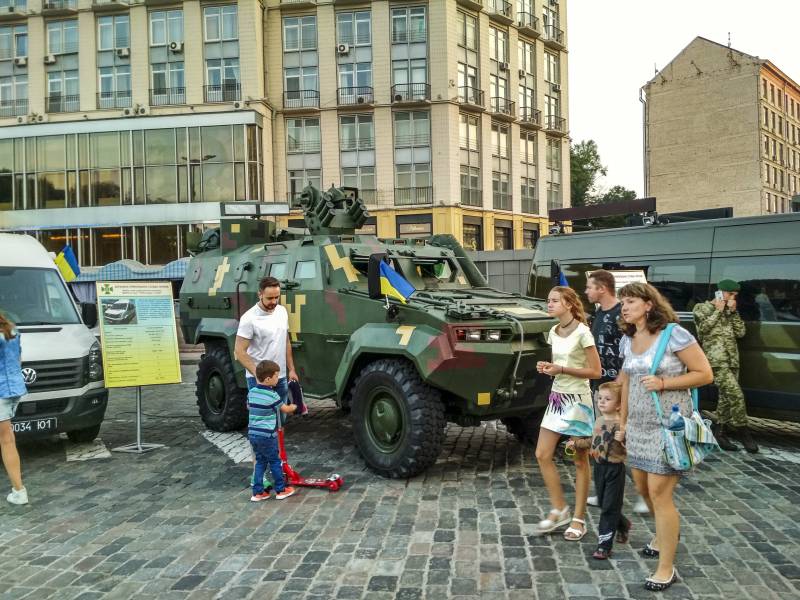 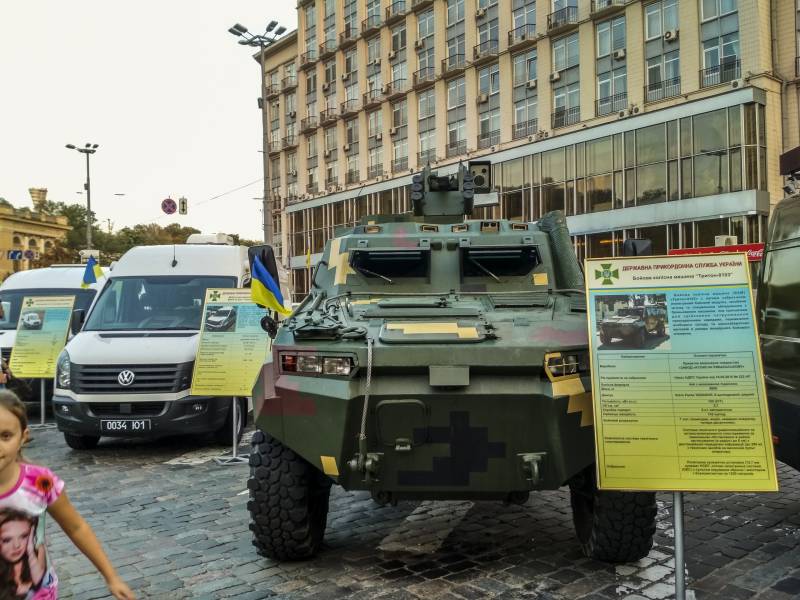 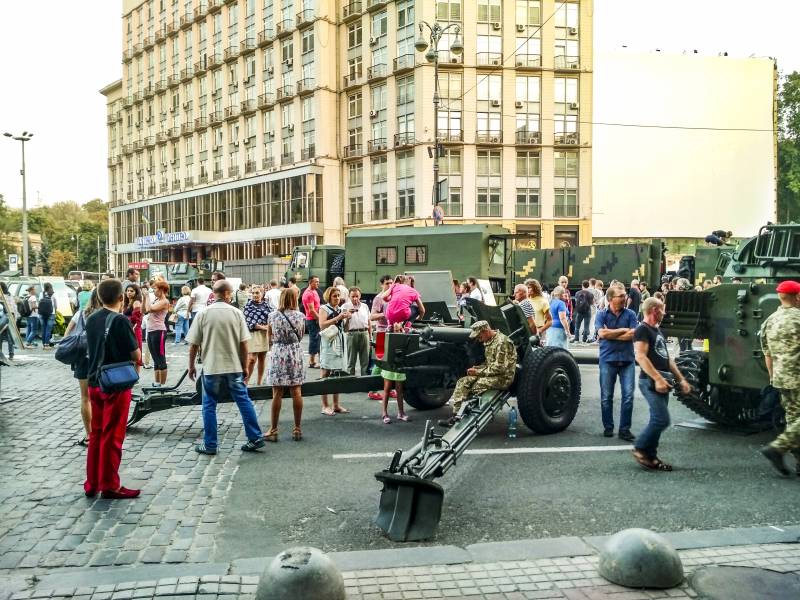 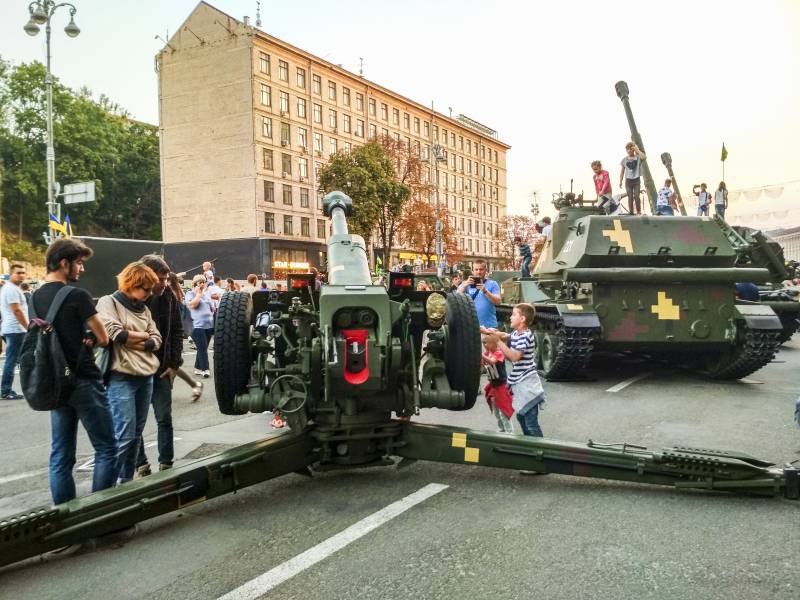 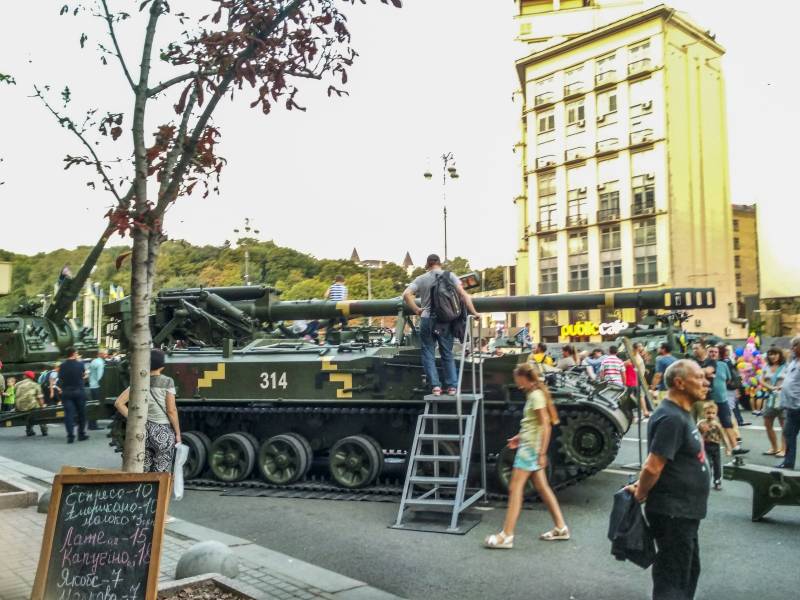 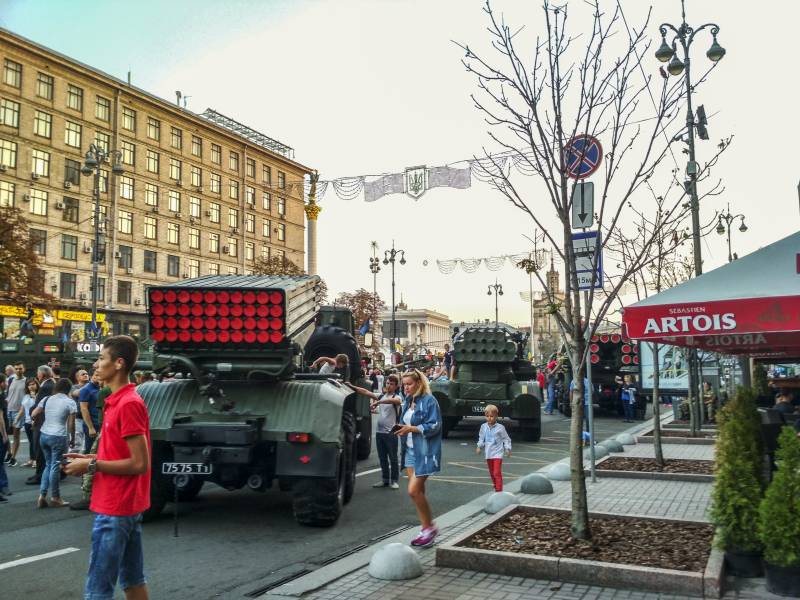 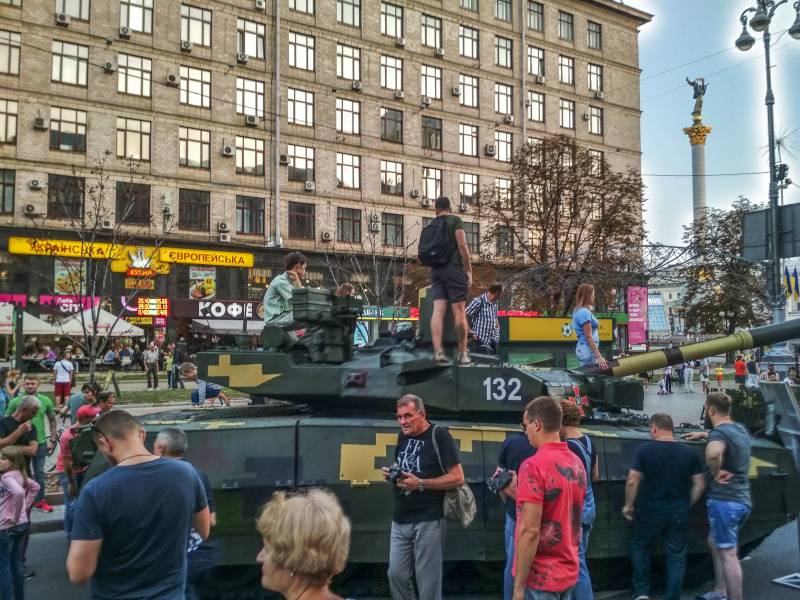 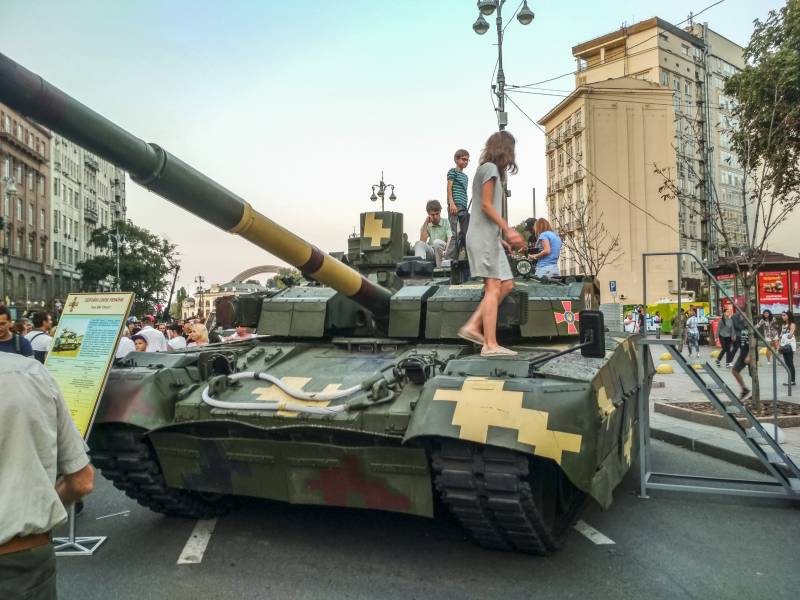 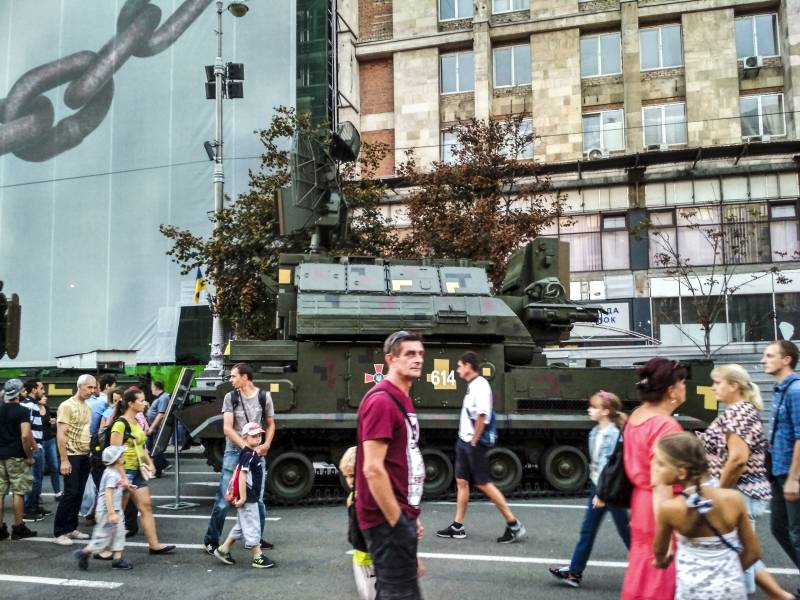 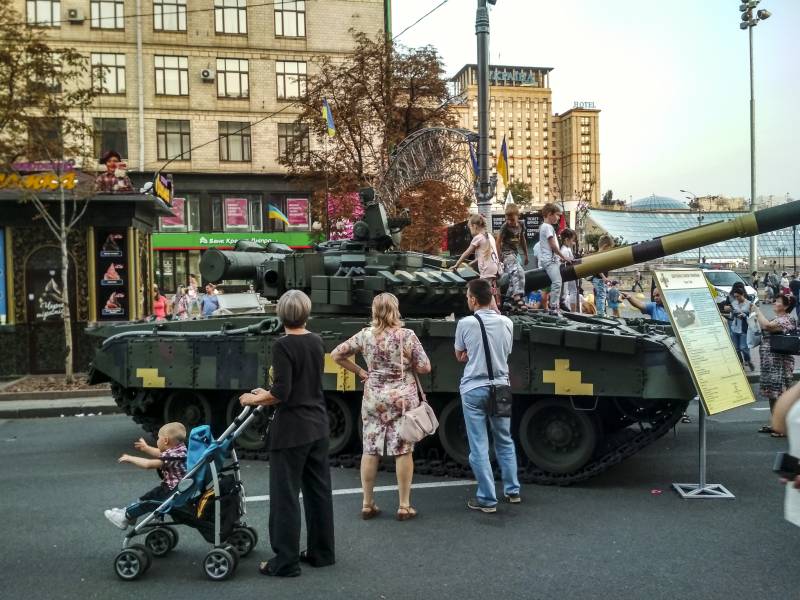 And in general, something people had to show? That is not a pity. It's a pity all, not so much we have this something. But - they showed, it means that we are cherishing confidence in Ukrainian souls.

And here's another little video from the scene. Pay attention to ... No, not how everything is decorum and calm, without swearing and everything else. Kiev is a cultural city in general. There, in the end, about the tank a few frames will be ...

So - “Gaida!” And in this, as his ... bright future, yes. Under the unshakable protection of our small, but valiant Armed Forces of Ukraine, Air Force and Navy! Who stood, stand, and will stand guard over our Square!

Well, if someone doubts this and decides to test our defense for durability, do not hesitate! "A symmetrical and adequate response," as yours says, will follow immediately!

That is, who already has these biometric passports, rush to Europe, good, there is no visa. And the rest will give up immediately, and you will still contain them. The main thing - to have time to slip away. But there is complete confidence in this, as proved by Yanukovych, Yatsenyuk and a bunch of lower rank. We can do it.

And the rest, my dear, life is nothing like that. Well celebrated, from the heart. As always, however. What you want.

In general, during my absence so many incidents happened, of those about which in the news do not speak. So there will still be something to talk about. Therefore - see you, invariably yours ...