March 14 2012
9
Long time we have not seen new technical solutions in the field of shipbuilding. The ekranoplans are already several decades old, hovercrafts are even older, and the age of catamarans has been going on for centuries. There is a reason to get bored. However, the Norwegian shipbuilders from Effect Ships International AS recently presented their version of the “revolution” at sea. The technology, which should significantly improve the performance of the watercraft, is called ASV (Air Support Vehicle). What is this air support? 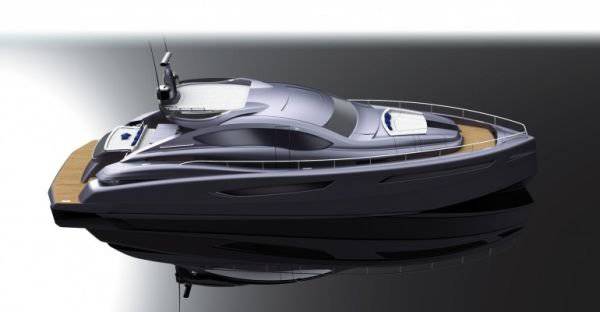 First, a little physics. When a body moves in a gas or liquid, a so-called around it is formed. boundary layer. Upon reaching a certain speed, he ceases to break away from the surface of the body and as it sticks to it. In practice, in the case of movement in water, this results in the fact that the ship is forced to “pull” several tons of seawater behind it, which has become the boundary layer. Consequently, the total weight of the swimming pool increases and greater engine power is required. Thus, the boundary layer interferes with the speed movement. For relatively lightweight vessels, this problem is solved by equipping the hull with a reamer, thanks to which the boat or boat can glide. The surface of contact with water decreases, and with it decreases the resistance of water. Hydrofoils work in a similar way, but in this case the hull of the vessel rises almost completely above the water and it “resists” only the surface of the wings. However, gliders or hydrofoils are poorly suited to large vessels. In addition, the same hydrofoils are very gentle in relation to the excitement of the sea. Three or four points and a winged ship is forced to stay in the port.

So, of all the layout options, only the vessel “tightly seated” in the water remains? But here, not everything is simple. As already mentioned, it can not be greatly accelerated due to the boundary layer. However, it is possible to reduce the resistance. In shipbuilding there is the following formula: V = 1,34 × (LWL) 1 / 2, where V is the speed and LWL is the length of the waterline in feet. According to this formula, it is possible with acceptable accuracy to calculate the maximum possible speed of the vessel. As can be seen from the formula, an infinite increase in the engine power of the vessel will not lead to a proportional increase in maximum speed. It will affect only the length of the waterline. The solution is obvious - to lengthen the ship. As an alternative to extending the ship, the length of the waterline can be increased by dividing it into two hulls, this is called a catamaran. The maximum speed of such a vessel will be greater than that of the single-hull, but with comparable geometric dimensions, the gain will not be as great as we would like. The fact is that an increase in the waterline leads to an increase in surface area in contact with water. As a result, the size of the boundary layer increases. Finally, the last of the widely used ways to improve the speed of a ship is an air cushion. But such vessels are very uneconomical in the fuel aspect, although they have good running characteristics.

In their ASV project, the Norwegian shipbuilders sought to reduce the influence of the boundary layer of water. At first, Effect Ships International AS tried to repeat the experience of the Japanese from Mistubishi, which consisted in breaking and “blowing out” the boundary layer of water with compressed air. The technology was interesting, but the hopes placed on it did not justify. Therefore, the Norwegians decided to put a much more daring experience and "cross" the catamaran, hovercraft and a number of already known technologies. The basis of the new design is two vertical side hulls (as on a catamaran) of relatively small thickness, which play the same role as the so-called. skirt classic hovercraft. In the side buildings there are cavities of a special shape. The operation of the structure during movement is as follows: when the ship reaches a certain speed through the front intake "window" formed by the bottom surface of the bridge, side hulls and the surface of the water, air enters under the bottom. There, passing through the cavities in the side hulls and the “tunnel” formed by the latter, it creates a certain lifting force. The air falling under the bottom on an experimental ASV sample allowed 85% of the total vessel volume to be raised above the water surface. Thus, when driving at high speed, only the lower parts of the side hulls are in contact with water. For testing, several models were created with the same power plant, the same dimensions and weight, but differing in the layout of the case. When comparing these models, it was possible to establish that the advantages of the ASV-hull begin to manifest at speeds from 35 nodes, and they reach their maximum on 55 nodes, where such a vessel turns out to be 40% more fuel efficient than catamarans. 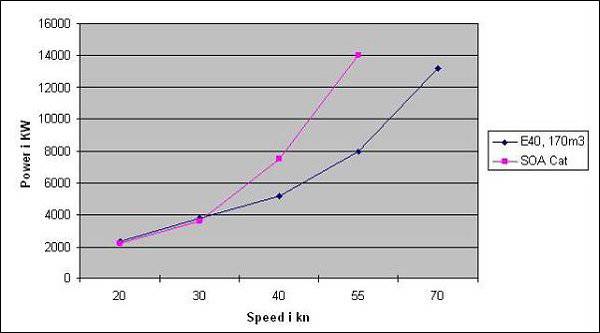 As for comparison with hovercrafts, it’s not only economy that comes onto the scene. In the conditions of the Norwegian fjords one noticeable lack of an air cushion often appears. Such vessels do not have or almost do not have contact with water, therefore, they are subject to side wind influence. It is not uncommon for a hovercraft to be thrown ashore, which, under appropriate conditions, can lead to serious structural damage. Air-supported vessels are constantly in contact with water, different speeds differ only in draft. And the ASV-design is less afraid of waves than underwater wings or an air cushion.

Adaptation to the Scandinavian fjords can be a plus that will attract potential customers to ships with air support. Therefore, even the authors of the project from Effect Ships International AS themselves now see passenger transportation, including tourism, as the main purpose of their invention. In the future, the available materials and technologies will allow creating ASV-ships of a much larger size than tourist boats. Maybe in the future there will even be large cargo ships with the ability to move at high speed. Interestingly, in a series of Norwegian company is going to launch light boats made of carbon fiber. This relatively expensive material has a low weight, which, according to the idea of ​​the Norwegian designers, will allow equipping ships with an electric power plant and install heavy batteries on them. In total, such a craft will weigh as much as a metal diesel boat, but the cost of electric "fuel" will be much cheaper. Fortunately for potential customers who would not want to risk with a promising, but damp development, there is a version of the boat with the usual diesel power plant and metal hull design. The price of various options for ASV-boats has not yet been announced. There is every reason to believe that the metal version with a diesel engine will be significantly cheaper than carbon fiber.

The Norwegian ASV project is certainly interesting. It looks a bit futuristic so far, but it will have a great future. And the truth is, why should we doubt the success of the so-called ships with air support, if in the Russian Black Sea fleet For many years, two large ships have been serving at once, having basically the same technical solution. It should be noted that our “air support” is called a hydrodynamic platform-catamaran with aerostatic unloading. The first small missile ship of Project 1239 called Bora was put into operation as early as the 97th, and three years later the Black Sea Fleet was replenished with the second ship of this project, also named after the wind - Samum. The only serious difference between the Russian project 1239 and the Norwegian ASV lies in the presence on our ships of special superchargers that increase the efficiency of the air cushion enclosed between the side hulls.