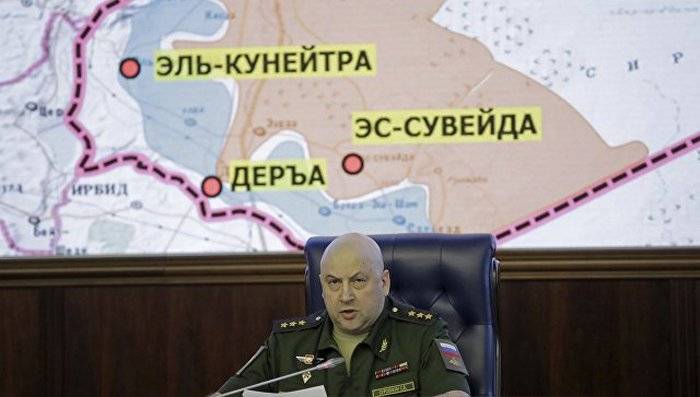 In the interest of supporting the advance of the Syrian armed forces, the Russian aviation it makes about 60 sorties every day ... In the last three days alone, Russian pilots made 163 sorties, destroying 415 targets
- said Surovikin at the round table devoted to the discussion of the Syrian experience at the Army-2017 forum.

According to him, around the clock is conducted aerial reconnaissance in order to detect and destroy militants, weapons and equipment of terrorist organizations.