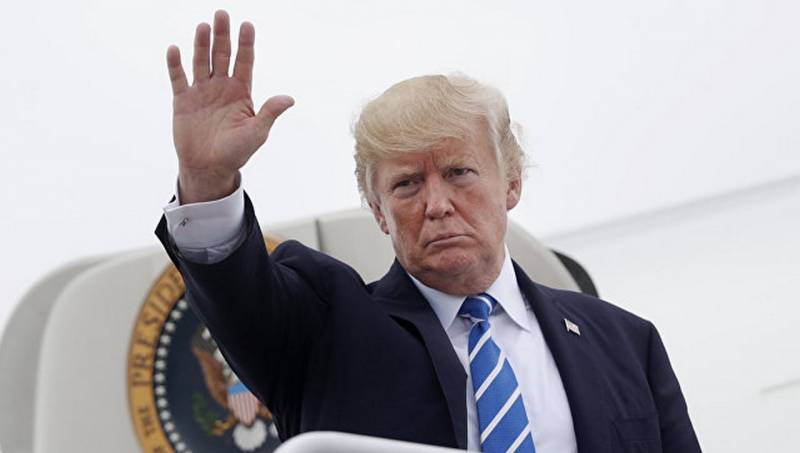 “Let's conquer the world and invite the world”, Invite and Invade — Trump's enemies acted under this motto — American liberals and their European singers, interventionists. They called to conquer and ravage countries and take in refugees and migrants from devastated countries — like their grandfathers used to bring slaves from conquered lands.

For local, American, and European workers, interventionism (the so-called strategy) turned out to be a path to poverty: their jobs went to ready to work for pennies to migrants, and the taxes they collected went to the army for gains.

Trump became president under the banner of fighting this liberal idea. He clearly spoke out against invade - against wars of conquest, against regime changes, against distant campaigns, and also against invite - against inviting migrants and refugees from conquered countries. The workers of America voted for him.

The first one was his war with migration. He adopted decrees, but the judicial apparatus, fully staffed by liberal interventionist democrats, abolished these decrees. And now his struggle with the interventions ended. The United States is again on the path of wars, interventions, conquests and occupation.

So said in his half-hour speech President Trump. He completely forgot his calls to leave Afghanistan, where Americans have been sitting for sixteen years, and announced his intention to send more soldiers there and fight until the glorious victory.

Victor Pelevin, in his story “The Plane of Mozhaisky,” wrote with a caveat that the reptilians, they say, bind each new American president, “then crawl into their heads with their yellow tentacles and change everything there. And the people wonder why such good and different people, as soon as they are chosen, always do the same. ” Pelevin, of course, was jabbing, but how else to explain the wondrous metamorphosis that President Trump did?

How many screams were there all over the world about the Soviet presence in Afghanistan, as they called it “occupation” and demanded care and release. Now, no one is screaming, no one is outraged, and to whom to scream? In one hundred countries are American bases, most of the world is occupied by American troops.

Why are Americans in Afghanistan? Firstly, their special services are grazing the production of drugs there. Secondly, Afghanistan is the basis for the war with Iran, which America has not refused. Thirdly, Afghanistan is an important feature in the Big Game for dominion in Eurasia, for confronting Russia and China.

In the military sense, the American occupation was not successful. The invaders themselves and their local quislings are afraid to stick their nose out of their bases. Guerrillas strike, free cities and entire provinces. In the face of defeat, the American president could take his troops home, as promised. But he decided just the opposite - to send more troops.

Well, the Afghans are used to burying the empires, they dealt with the British, with the Soviets — and with the Americans. Places in the Afghan mountains for all the soldiers' coffins and military graves will be enough.

Trump's speech caused a storm in neighboring Pakistan. After all, Trump said that the Americans did not win because Pakistan gives shelter to the rebels. Russian, this topic is familiar. The Russians could not win in Afghanistan because the then mojaheds went to their bases in Pakistan and from there attacked Russian soldiers. But the USSR did not dare to put pressure on Pakistan, and even more so to invade there. Trump promises to pin down Pakistan, and it will be needed - and to send troops there. The Pakistanis do not like this option at all, and they are talking about strengthening the alliance with Russia and China.

Trump wants to engage India against Pakistan. In India, anti-Pakistani sentiment is strong, but apparently enough of common sense not to interfere. If common sense is not enough - just not enough money and soldiers, so that the active intervention of India is unlikely.

Waves of Afghan refugees go all the way to Europe. Thousands of young Afghans came to Sweden and other EU countries. The intensification of the war in Afghanistan will drive new tens of thousands of refugees to Europe and weaken this traditional rival of America. So with one blow of a cue, Trump wants to bring down Europe and Central Asia. But you can hope that not everything will work out for him. His authority in the US is at a historical minimum, he does not see lightning brilliant victory as his ears, and his opponents in the Congress and in the media will still present his actions as a monstrous mistake.

It would have been better for him to return the soldiers home. But this he does not have enough gunpowder.

* Al-Qaida is a terrorist organization banned in Russia.