August 27 2017
16
The Soviet Union sent resources to Poland, tearing them away from their economy, saving the Poles from starvation and creating the country's industry from scratch. Experts remind of this, commenting on the next “historical»Initiative of Polish politicians. In the diet they are discussing the recovery of “trillions of zlotys” - reparations for certain “crimes” of the USSR. 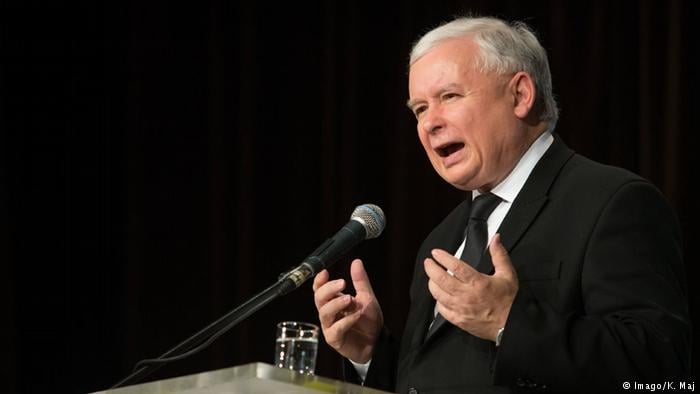 The deputies of the Polish Sejm from the ruling party "Law and Justice" decided to demand payment of "war reparations" from Russia. Deputy Stanislav Penta said that Moscow must pay "trillions of zlotys" for the "crimes" of the USSR. He did not name the exact amount, because it is necessary “to estimate losses and possible claims”. Pento was supported by her colleague Malgorzata Goshchevska, who claims that the “Russians” allegedly “plundered industry, works of art”.

Earlier, the Polish Foreign Ministry began to consider the question of the requirement of reparations from Germany, which should compensate for material damage for crimes against the Polish people.

In July, the leader of the Law and Justice Party, Jaroslaw Kaczynski, stated that Poland did not receive compensation from Germany for the military damage caused during World War II. And the Minister of National Defense Anthony Macherevich pointed out that from the point of view of the law, Germany should pay reparations to Poland.

Poland takes its cue from the Baltics

Poland is not the first country to admit to wanting to get money from Russia for alleged crimes committed by the USSR. This issue is actively being discussed in the Baltic countries, where their presence in the USSR is called “occupation” and they consider it fair to receive compensation. At the same time, countries prefer not to notice the volume of USSR investments in the development of the economies of these republics.

Thus, since the beginning of this year, Lithuania has failed to find a specialist who could count the “damage” from the so-called Soviet occupation. In Latvia, “damage from the Soviet occupation” was estimated at 185 billion euros. To which the Russian ambassador in Vilnius, Alexander Udaltsov, offered Lithuania to pay Russia 72 billion dollars for the contribution of the Soviet Union to the development of this republic.

In the spring of this year, Estonian Justice Minister Urmas Reinsalu spoke of the country's intention to cooperate with Lithuania and Latvia in order to obtain full compensation from Russia for the damage to the “Soviet occupation”. The official referred to the government’s decision in 2004, which stated that “the occupation of Estonia resulted in damage, and the Estonian executive must deal with these issues through the government”.

Who exaggerates the theme of "Soviet guilt"

Deputy Malgorzata Goshchevska refers to the part of the ruling party that actively supports Ukraine, political analyst Stanislav Stremidlovsky said in a commentary to the VIEW of the newspaper.

“This madam was at the disposal of volunteer formations, all kinds of Ukrainian gangsters who weapons in the hands of destroying civilians Donbass.

Even by the standards of the modern Polish Russophobic party, this madam belongs to the extreme and odious flank, ”said Stremydlovsky.

"All these statements work for the internal audience," - said the source. At the same time, the expert stressed that many Poles do not like such rhetoric and they consider such behavior of the Seimas deputies unworthy.

Where to start counting claims?

It is not clear, including at what point Polish politicians set out to count the deadline of “historical claims” to the USSR, Lev Klepatsky, a professor at the Diplomatic Academy of the Russian Foreign Ministry, noted in his commentary of the VIEW newspaper. “Maybe start counting from the war between Poland and Soviet Russia of 1919 – 1921 (which was unleashed by Poland)?” The interlocutor noted. If we take it seriously, Klepatsky continued, the statement of the Polish side is “nonsense both in historical, political and moral terms”.

Reparations are levied from the defeated side, but it is obvious that in relation to Poland the USSR is not the defeated side. On the contrary, the Soviet Union liberated Poland from Nazi occupation, Klepatsky stressed. “The Warsaw Uprising was essentially a political farce organized by the London émigré government,” he added.

“In principle, no“ crimes of the Soviet Union in Poland ”are known,” Klepatsky continued. - If we are talking about the fight against the underground of the Home Army (“akhovtsy”) - then perhaps the Polish politicians mean exactly that. The current ruling party “Law and Justice” acts as a force inheriting the state created by Jozef Pilsudski, the Craiova Army also inherited Pilsudski. ” But to bring lawsuits for the fight against the AK underground workers is also quite pointless, the expert believes. “After all, you can also make counterclaims: it’s enough to count how many military and civilians were killed by“ Akhovtsy ”after the liberation of Poland. This continued until the 1958 – 1959 years, when the “Akovtsy” were finally suppressed. ”

In addition, the Polish deputies in their claims completely ignore the fact that the Polish state exists in its current borders thanks to the decisions of the Soviet leadership. As is known, following the results of World War II, approximately 25 percent of the territory of the Third Reich within the boundaries of 1937 of the year flowed into Poland. At the initiative of Joseph Stalin, the entire Big Three approved the new map of Poland during the Potsdam Conference. Thus, the demand for “reparations” will inevitably, naturally, cast doubt on the validity of the present western and northeastern borders of Poland.

“Of course, the Soviet Union used certain resources of Poland, this is true. But let's not forget how much he invested in Poland. Poland was the darling of the Soviet Union, ”notes Stanislav Stremidlovsky.

We should not forget that the Soviet Union rendered great assistance in the restoration of Poland after the war, Lev Klepatsky emphasizes. It was about creating industry, which, in fact, was not before the war. "Pre-war Poland was one of the poorest countries in Europe," the source said. But, despite the fact that during the war, Poland lost 40% of national wealth, by 1949, industrial production per capita in the country had increased 2,5 times, the economic effect from the sale of industrial goods increased by 200%. "Often, the Soviet Union sent resources to Poland, tearing them away from its economy," stresses Stanislav Stremidlovsky.

“After the war, the Soviet Union supplied Poland (to its detriment) with grain for sowing,” recalls Klepatsky. “Food was also supplied — what they would call humanitarian aid now.” When drought occurred in Poland in 1947,

In the postwar years, investment in the Polish economy contributed to the development of metallurgy, the chemical industry, engineering, shipbuilding.

If, within the European Union, industrial production in Poland is at most 4,8%, then in the second half of 1940, the first half of 1950, Polish industry growth was measured in tens of percent. In 1970-s, thanks to cooperation within the USSR-led Council for Mutual Economic Assistance (CMEA), Poland ranked first in supplying the Soviet market with a huge range of goods, from ships and excavators to synthetic dyes and building materials.

“The Polish People's Republic constantly tried to reach a special relationship with the Soviet Union, to the first positions. Warsaw wanted to lead the socialist camp in order to talk with Moscow on its behalf, ”notes Stremydlovsky.

“Back in Europe,” Poland again found itself in the role of a raw material (more precisely, “food”) appendage and supplier of relatively cheap labor.

"Poland will have to pay extra"

If, however, to return to the topic of reparations, back in the 50-ies, Poland officially refused any payments from the Germans, notes Stremydlovsky.

At the same time, the USSR provided Poland with 15% of 10 billion dollars of reparations that defeated Germany had to pay.

“The Law and Justice Party is very keen on making claims, then to Germany, now to Russia (“ at the expense of ”the Soviet Union),” said Lev Klepatsky. - But I would “advise” Czechoslovakia to expose Poland for the occupation of one of the districts of Czechoslovakia when the Western powers concluded the Munich deal. And why should the Lithuanians not invoice for the occupation of the Vilna region? I repeat - the claims of the Polish side look meaningless. ”

“If the odious part of the current ruling party in Poland wants to figure out who owes what to whom, let's count. In this case, Poland will have to pay the Russian Federation, ”summed up Stremydlovsky.