August 23 2017
18
The Indian Navy is in dire need of new helicopters. According to the newspaper Hindustan Times, Indian Defense Ministry prepares to hold two tenders for the purchase of a large batch of helicopters for the military fleet.

The Indian Defense Ministry sent two requests for information (RFI) to the largest military helicopter manufacturers with a response time before October 6. After that, based on the data, the Ministry of Defense will leave the requirements for tenders, reports "Warspot" 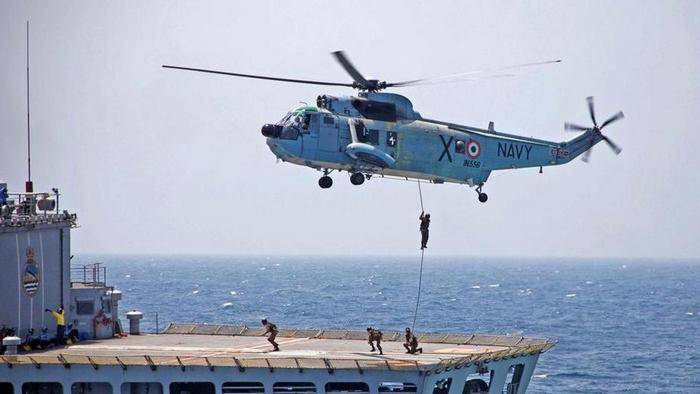 The new naval helicopters will replace the outdated HAL Chetak (a licensed copy of the French Aérospatiale Alouette III). Naval multipurpose helicopters should replace the Sea King fleet, purchased from the UK back in 80-s. The purchase, if it takes place (previously, India has already canceled two tenders for the purchase of helicopters for the Navy), will be held under the program "Made in India" (Make in India). Today, more than half of the 140 warships do not have a helicopter assigned to them.