“To reverse the dangerous tendency”: a memorial to the victims of Stalin’s repressions will open in the autumn

August 23 2017
104
Honoring Joseph Stalin in Russia is growing. The popularity of the totalitarian leader is seriously concerned about the sculptor George Frangulyan. He is creating in Moscow a memorial dedicated to the victims of Stalin’s repressions. According to Frangulyan, his efforts will help "reverse the dangerous trend." 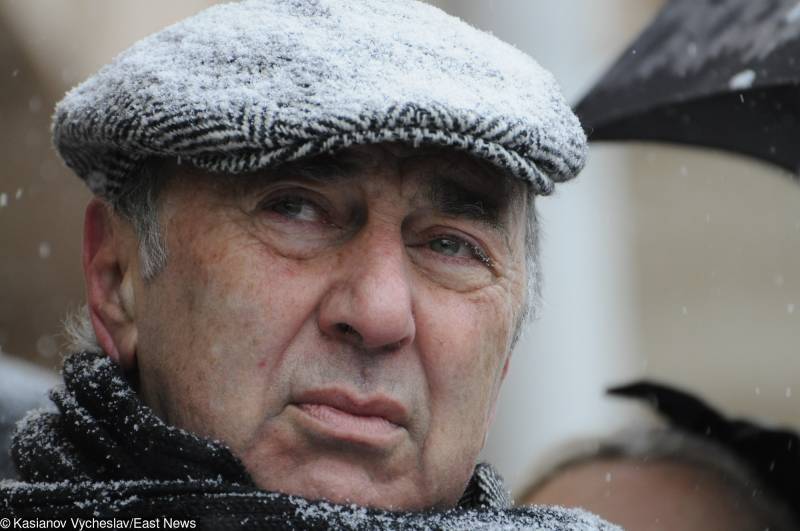 The growing popularity of Joseph Stalin is disturbed by the sculptor George Frangulyan. He creates a memorial dedicated to the victims of Stalin’s repressions, reports "InoTV" with reference to the CBC report. The artist expects to "reverse the dangerous trend."

At the corner of a busy intersection, the sculptor erects a monument to millions of Soviet people executed, starved or expelled by Stalin. He carved hundreds of human figures, embodied in a common monument, which received a single name - "The Wall of Sorrow".

“They are tears,” comments the figures of the Frangulyan Memorial. “They are the victims, the forms that convey tragedy.”

“I think this [the popularity of a totalitarian leader from the past] is a real catastrophe,” Frangulyan believes. - This is a tragedy of the people. I believe that it is necessary to have such a monument as a guarantee that this will never happen again. ”

“It’s like a scythe of death that passed through people,” Frangulyan explains the curved form of the memorial.

Over the years, an increasing number of Russians forget about the "atrocities" of Stalin, reports "CBC". Surveys of the Levada Center show that a dictator is being rehabilitated in Russia. According to the director L. Gudkov, in the 1989 survey, Stalin occupied the last line in the list of the most significant Russians, typing 12%. But in April of 2017, he headed the list by typing 38%. “When Putin came to power, the repressions were pushed aside, and instead the image of a great leader appeared,” Gudkov notes. According to him, the memory of Stalin plays into the hands of the Russian government, because it connects the Russians with the time when Russia was "an indisputable superpower."

“CBC” also reminds that at the event held in the Crimea in the weekend, the Night Wolves biker club paid tribute to Stalin: while performing motorcycle stunts, the person portraying Stalin waved his hand to the crowd.

Stalin's twins in Moscow are doing business on Red Square. T-shirts with the image of the dictator are sold with a bang.

"CBC" does not find parallels for the glorification of the dictator. For example, it is impossible to imagine that tourists in Berlin were photographed with Hitler's doubles.

Recall the installation of the “Wall of Sorrow” high relief started in Moscow at the intersection of the Garden Ring and Academician Sakharov Avenue 6 August.

Frangulyan’s project was chosen among the 336 projects submitted for the competition to create a monument to victims of political repression. The opening of the monument will take place on the Day of Remembrance of the Victims of Political Repressions (October 30).

Honored Artist of Russia Georgy Frangulyan is a famous sculptor, there are many monuments of his work in Moscow: a monument to B. Okudzhava, I. Brodsky and others.

Works of the artist are located in the Tretyakov Gallery, in the State Russian Museum, in other museums and private collections, including abroad.