On the Ka-52 install a new complex of defense

August 22 2017
15
The Ka-52 "Alligator" reconnaissance and attack helicopter after modernization will receive a new complex of defense, the possibility of installing new types of weapons on it is also being reviewed, TASS a message from the press service of Russian Helicopters. 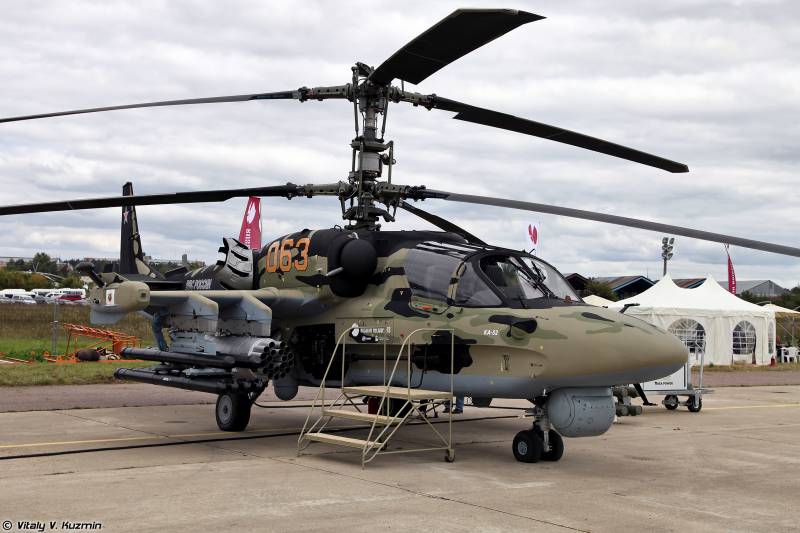 A new airborne defense complex will be installed on the Alligator, which will increase its protection from ground-to-air and air-to-air missiles. Together with the Ministry of Defense of the Russian Federation and a number of manufacturers, the possibility of using new types of weapons on the Ka-52,
told in the company.

In addition, "an additional generator will be supplied to the auxiliary power unit, which will increase its reliability," the press service added.

It is also planned to increase the mass of the Ka-52 payload to expand its tactical capabilities - the corresponding changes are already being made in the design documentation of the helicopter systems,
said in the holding.

Earlier, a company representative told the agency that after upgrading the helicopter will receive folding blades, which will allow storing this type of machine in the hangar.