August 22 2017
4
The head of the Pentagon, James Mattis and King of Jordan Abdullah II on Monday discussed issues of cooperation in the field of security, as well as the fight against the group of the IG (banned in the Russian Federation), reports RIA News message of the press service of the US Department of Defense. 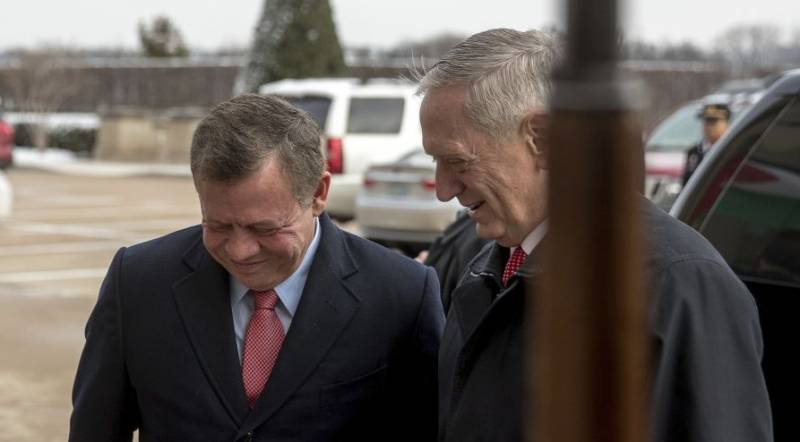 According to the press service, the meeting took place during the visit of Mattis to Jordan.

“Minister Mattis met ... to express gratitude to the United States for Jordan’s efforts to combat IS and to reaffirm the United States’s long-term cooperation with Jordan ... In addition, the Minister expressed gratitude to Jordan for supporting the US military presence and for our strong bilateral security cooperation” - says the release of the Pentagon.

Recall Jordan is part of the Western coalition to combat the IG, led by the United States.

It is noted that after Jordan, Mattis will visit Turkey (August 23), and a day later he will arrive in Kiev, where he will hold talks with Poroshenko and the Minister of Defense of the Republic, and will also attend a military parade on the occasion of Ukraine’s Independence Day.