In Syria, destroyed oil and gas infrastructure on 2,5 billion.

August 22 2017
17
According to information RIA News, Permanent Representative of Syria to the UN in a letter to the Secretary General and the Chairman of the Security Council of the world organization said that the amount of damage caused by the destruction of the country's oil and gas infrastructure due to air raids by the pro-American coalition is at least $ 2,5 billion.

Thus, as a result of the strike on the El-Omar field on April 23 this year, tanks for storing oil for export were destroyed. The capacity of each of them was 75 thousand barrels. As a result, the Furat oil company lost $ 10 million. 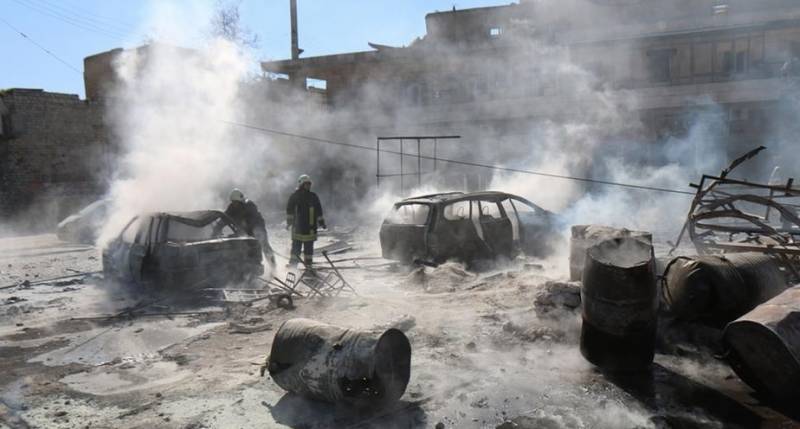 The coalition operates in the territory without the permission of official Damascus. In this regard, the country's authorities consider the operation illegal and regularly notify the UN that the coalition is launching airstrikes on oil and gas facilities and economic infrastructure. This designates the right to compensation.