August 22 2017
15
In the US Air Force, a crisis imperceptible to the outside eye is brewing. Cuts, contradictory changes in standards, a decrease in the morale of the pilots and, as a result, a drop in confidence in the armed forces — this is how experts who have studied the issue of “restructuring” the US Air Force see the situation. 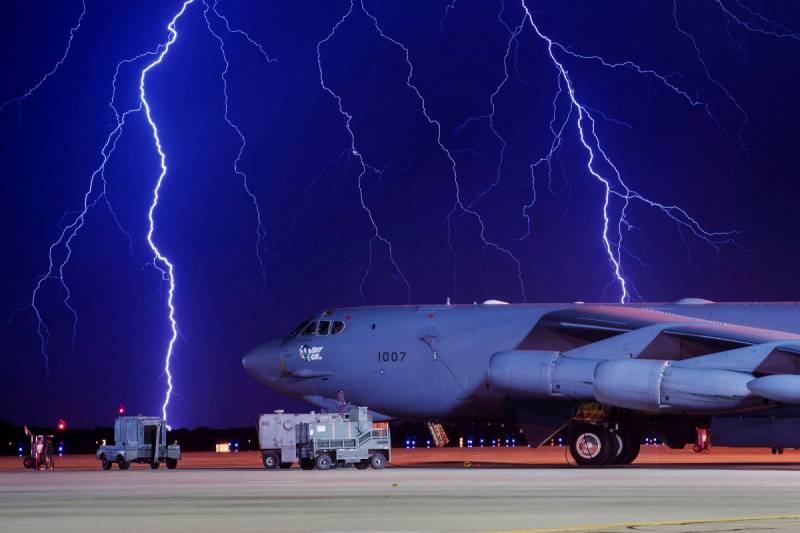 David Max Korzen told about the "inconspicuous crisis" in the US air force in a magazine "The National Interest".

It is not at all China and Russia are the greatest enemies of the US Air Force. The threat of the Air Force is lurking "inside," he said.

The author believes that the air forces of the United States seem to be in a state of internal war. Trying to mitigate the disillusionment of servicemen, Deborah Lee (who served as US Secretary of the Air Force), as well as Chief of Staff General David Goldfein, issued instructions that reduced the heat of the situation, but did not solve the problems. The Air Force has no uniform standards of service, no past morale, or even confidence in military service.

David Max Korzen notes that the air force faced a number of problematic aspects in the field of career, and this was especially true for fighter pilots. It is predicted that by October 1 2017, the Air Force will have thousands of pilots missing (almost a third). There is an opinion that even more pilots will leave the Air Force. The leadership of the air force believes that the most important reason for leaving the staff is hiring pilots by civilian airlines. The Air Force offered the pilots "bonuses" (up to 35.000 dollars per year), but this amount did not cause interest.

Since the Air Force already offers pilots a decent salary and good benefits in addition to “generous bonus packages,” the author writes that financial considerations are not the only reason for the shortage of military personnel. And this is confirmed by data from a survey conducted directly among pilots back in 2015 year.

The decision of 37% of staff to leave the service in the Air Force was influenced by “additional responsibilities” that go beyond the documented scope. Among the "official" undocumented duties of the Air Force - briefing on first aid courses, the management of the squadron sites, etc.

The Pentagon attempted to combat this phenomenon: a note dated 2016 reported a reduction in a number of “responsibilities”. The deadline for introducing changes is October 1 2016. That is, the new rules providing for change should have come into force almost a year ago. However, the date has long passed, and the new leadership of the Air Force recognized that "this is some kind of work in progress."

The delay is clear. The transformation of the leadership of the Air Force is “widespread”, the author notes, and the reform period mentioned earlier was too “ambitious”. Moreover, the Pentagon is limited in the very possibility of policy changes. You also need to understand that many of the "duties" are provided by US law or simply deeply rooted.

Interestingly, the leadership of the Air Force has repeatedly stated that it expects initiatives to reduce the respective responsibilities of the lower commanders, and not the top, from the Pentagon. “Do not expect this from me,” General Goldfein recently stated in the Heritage Foundation. “I trust the wing commanders who are entrusted with the task.”

The commander of the aviation wing, is, as a rule, the colonel in charge of the wing, consisting of several squadrons. This is an officer familiar with the specific requirements of his units. Therefore, such an officer is indeed the chief who is aware of all changes. And many commanders today want to completely solve the existing problem, but they are hampered by two obstacles: regulation and lack of resources. It was these obstacles that led to a “jumble of standards” in the US Air Force.

How to solve this issue command of the Air Force? “We give commanders the right to take risks and act on their own,” said Brooke Brzozowske, public relations officer of the US air force.

There is no uniform way to solve the problem, he said. Sometimes you should consider the whole plan of change, sometimes some of its aspects. “Different squadrons need different things,” said the employee.

Obviously, the Air Force prefer a decentralized approach, the author concludes. Some wings (23-wing on the basis of the Moody AFB Air Force; 4-wing fighters in the Seymour Johnson AFB; 27-th special wing of operations in the Cannon AFB) made only minor changes. At Andrews AFB in Maryland, the 11-e wing announced that they had excluded four additional duties in their squadrons. The other wings seemed to delegate even more power, allowing individual squadrons to make their own decisions about what was to be reduced. The wing liaison officer at Elmendorf AFB directly remarked: "Each individual squadron is responsible for additional duties."

The 366 Fighter Wing in Mountain Home AFB (Idaho) advocates “common sense” in practice. It abolished the position of the representative of the division of public relations and rewrote the duties of the personnel manager, engaged in programs of personnel remuneration.

How to implement a new vision of the leadership of the Air Force, without proper authority? This is a common problem of the Air Force. “We fell into the gray space,” says sergeant-technician Heather Redman, a representative of the 15-th wing in Hickam AFB (Hawaii). The rules were not updated, so the pilots have to follow the verbal instructions, the written instructions.

Another factor hindering changes in individual divisions is the lack of adequate resources, that is, personnel. There is a desire to reduce even more responsibilities, but how to do it in conditions when there are not enough people in the Air Force? “There are no resources,” said one of the active officers on this issue, who wished to remain anonymous. If you refuse to perform certain duties, then these duties will simply be none!

Moreover, whatever the Pentagon may have thought, none of the local activists reported significant changes at squadron level.

“Theoretically, they [these duties] were reduced,” said the unnamed pilot, “but, frankly, I haven’t seen any real changes other than closing one or two [online courses].”

The bosses of the Air Force, it seems, intends to still make the appropriate changes. But the constant shortage of personnel probably will only aggravate the crisis. Pilots say they are disappointed with promises of change in the past, and therefore are not sure that the current restructuring in the Air Force will be crowned with success.

“I don’t think they intend to reduce additional responsibilities,” says Mike Walters, a former Air Force pilot. “For twelve years of service, I have heard a lot about this at the highest level and at the squadron level.” However, according to Walters, the promise "did not happen again and again." And the staff begins to be skeptical of this kind of leadership ideas. “Even when they promise to improve something in the future, you just don’t believe them anymore,” Walters said. “People think that there is no light at the end of the tunnel.”

The USAF has other problems. As noted by I. Plekhanov, who analyzed for "InoSMI" military newshaving not reached the front pages of the publications, statistics on the state of US bombers indicate the following: out of 75 B-52 planes, only 33 are ready for sorties, out of 62 B-1 planes - 25, and out of 20 B-2 planes - only seven or eight are ready to fly at all. According to a former deputy chief of staff aviation US Air Force intelligence by Lieutenant General David Deptula, quoted by the Military Times, today's US Air Force is the smallest and most unstable for all history USA. The tension in relations with North Korea shed light on this crisis in the Air Force.

The material points out the lack of pilots, which was already mentioned in the article of David Max Corzin. It is indicated that the shortage of personnel is felt among both fighter pilots and bomber pilots.

The Air Force also has a shortage of drones operators. Moreover, the transfer of pilots to drones operators is carried out in the form of an order, and people who are accustomed to fly on their own rather than sit at the control panels are unhappy with this.

Another reason for the loss of personnel of the Air Force: according to the forecast of “Boeing”, the planet will need 2036 thousands of new pilots by 637. 117 thousand will be required by North America alone. And the struggle for military pilots who have flown a large number of hours will become even more aggravated. Requests will come not only from US airlines, but also from Asian countries: they are ready to pay big money to pilots.

The US Air Force also lacks technicians and service personnel. 3500 is missing for today.

In conclusion - the cherry on the cake. The average age of airplanes in the USAF is already 28 years old. The same indicator for civil aviation is only ten years.

Conclusion: military aircraft in the United States are aging. And a smaller number of personnel keeps cars in a state of combat.