August 18 2017
9
One of the main requirements for the submarine - the minimum noise. External and internal units of the ship must create the lowest possible noise, thereby reducing the likelihood of detection of the enemy’s sonar complexes. Domestic scientists and designers have already developed and implemented numerous solutions in this area. As it became known several days ago, to date, new devices and devices have been created, which allow to further reduce the visibility of submarines.


On August 15, Izvestia reported on new achievements of the domestic industry in the field of equipment for submarines. An unnamed source of publication in the command of the naval fleet He said that the latest pumps for submarines have already passed the necessary tests and according to their results were included in the technical projects for the construction of new submarines. However, the source did not specify the specific types of such products and their characteristics. The reasons for this are understandable - the main parameters of pumping equipment and other similar units for the submarine fleet are not subject to disclosure.

As part of the onboard equipment of nuclear submarines (as well as diesel-electric) there are a large number of various pumps responsible for solving certain tasks. Such equipment is designed to circulate the coolant fluid in a nuclear power plant, is responsible for filling and purging ballast tanks, for cooling certain equipment, etc. During its operation, the pumps create noise, which, despite all the technical tricks, can penetrate beyond the hull and unmask the submarine. 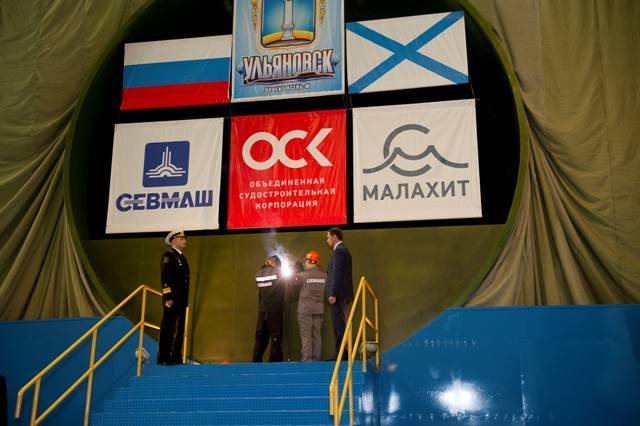 Hydroacoustic complex of a ship, submarine or anti-submarine aviation the enemy can record not only the noise of the propeller’s propellers, but also vibrations from its on-board equipment, including pumps. Thus, insufficiently quiet equipment to some extent helps the enemy anti-submarine defense. As a result, reducing the noise of the pumps should lead to an increase in the overall stealth of the submarine and accordingly affect the efficiency of its operation.

According to known data, to date, various pumps produced by the “Gidrotekhnika” scientific-technical center (Chisinau, Republic of Moldova) have been used in the projects of domestic submarines. As part of the further development of the submarine fleet, as well as taking into account import substitution plans, which imply the deployment of domestic production instead of foreign production, new designs of the required instruments have been developed. New pumps for submarines were created by the specialists of the Bladed Hydraulic Machines joint stock company (Moscow).

Izvestia cites the words of the Executive Director of Bladed Hydraulic Machines Roman Pykhtin. He said that the projects of the new equipment were created at the expense of the enterprise. The production line for the release of new products was also deployed without the help of the future customer. All new types of pumps meet the requirements for the 4 category of vibrohydraulic equipment. Products 4-th category can currently produce only a few enterprises in the world.

At the same time, R. Pykhtin did not specify the technical details of the new projects. Characteristics of pumping equipment have the most noticeable effect on the overall hydroacoustic appearance of the submarine, and therefore are top-secret. Having information in this regard, the anti-enemy defense of a conditional enemy will be able to easily detect a submarine against the background of the natural sounds of the ocean.

For objective reasons, the technical features of the new projects and the specific characteristics of the equipment are not disclosed. At the same time, an unnamed source in the command of the Navy said that the new pumps are equipped with electric drives and are built on a sealed, seal-less circuit.

In addition, the representative of the fleet noted that to date, a number of development systems of “Bladed hydraulic machines” has passed the full cycle of tests. According to the results of inspections, this equipment was recommended for use on new types of submarines. New pumps have already been included in updated submarine construction projects. The Moscow Plant confirmed the completion of the work, and also clarified that the first serial products had so far been assembled and sent to the customer.

Izvestia writes that new pumps from Vane Hydraulic Machines are entirely domestic products. These products have the simplest design and small dimensions. At the same time, high rates of vibration and noise isolation were obtained. It is argued that a pump running at full power - the type of which, however, is not specified - can be placed on the edge of a five-ruble coin, and it will remain in place without falling to its side and not rolling down.

According to published reports, the new pumping equipment is intended for installation on nuclear submarines under construction. There is reason to believe that the submarines of the 955 "Borey" and 885 "Ash" projects will receive such equipment first. At present, five Borei-type strategic missile submarines and the same number of nuclear submarines with Yasen cruise missiles are at different stages of construction. At least some of these ships, whose hulls are currently saturated with the required equipment, will have to receive new pumps of domestic production. At the same time, already built and completed boats will probably retain older types of equipment produced by the Moldovan industry.

At the moment, the Russian shipbuilding industry is preparing to build non-nuclear submarines of several projects. In addition, the design offices of this industry are working on promising projects of submarines for various purposes. Given the recent news, it can be assumed that the latest low-noise pumps from the “blade hydraulic machines” will also be used in the upgraded or in the projects developed from scratch of non-nuclear submarines. Thus, we can expect a complete rejection of foreign products in the field of pumping equipment for submarines with its replacement with high-performance domestic products. Such tasks were directly indicated in the context of recent projects and, as practice shows, have already been partially solved.

It is known that submarines have several main sources of sound vibrations that can unmask them. The most powerful noises are produced by a hydroacoustic complex in active mode of operation and with a propeller or jet propulsion unit. Less noticeable noises come from the internal units of the submarine, primarily those that make up the power plant. On the basis of the experience of theoretical research and practical development, the main methods for reducing the noise of units that are prone to vibrations during operation have been formed for a long time.

So, screws or water cannons have special shapes that reduce the noise produced. Vibrating units, such as diesel engines, can be installed on special absorbing stands. In the case of larger systems that cannot be equipped with similar equipment - such as a nuclear reactor - low-noise components should be used, which are responsible for the operation of certain means. Finally, the boat can be equipped with a soundproof hull.

In the case of nuclear submarines, one of the main sources of noise from the internal units is the coolant circulating in the reactor and the means for delivering it. Thus, new pump projects from Vane Hydraulic Machines JSC are designed to combat one of the main problems of the submarine fleet. At the same time, other problems associated with the transfer of liquids or gases are also solved with the help of new pumps.

At the same time, the issue of creating and introducing new units with enhanced characteristics is being addressed, and it is also possible to reject foreign-made products. All this clearly indicates that in the course of further construction of promising new types of submarines, it will be possible to obtain significant technical and production benefits.

To date, the Moscow company has developed a number of new products that have passed the necessary tests and are recommended for installation on nuclear submarines under construction. In the foreseeable future, such successes of the “Blade Hydraulic Machines” new projects will lead to real results in the form of a noticeable reduction in the noise of submarines with ballistic and cruise missiles. First of all, this means that submarines will be able to solve their combat missions with greater efficiency and less risk of detection. The desired results will be obtained in the very near future: the construction of new Boreev and Ash trees, which will be the first carriers of promising pumping equipment, will be completed before the beginning of the next decade.