The truth was not needed

14 August 1931 test pilot Mikhail Gromov for the first time took off the ANT-14 Pravda five-engined passenger airliner - the largest aircraft built in Russia by that time and one of the largest in the world. It had a wingspan of more than 40 meters, the length of the fuselage - 26,5 meters and take-off weight - 17,5 tons. In the ANT-14 cabin, 36 passengers could freely accommodate (the number of passenger seats was subsequently increased to 40), and in the transport variant the aircraft lifted 4,5 tons of payload.

Tests showed that the plane turned out successful - quite stable and easy to fly. Its maximum speed was 236 km / h, cruising - 195 km / h, ceiling - 4220 m, and maximum flight range - 1400 km. By the way, on all popular Internet resources, including Wikipedia and aviation Airwar.ru encyclopedia, the last digit is given with a typo - 400 km. It is funny that none of the authors of these sites who stupidly copied data from each other, was not embarrassed by such an absurdly small value in relation to a long-range passenger aircraft.

ANT-14 was intended for the longest airway of the Soviet Union, Moscow - Vladivostok. Need for these machines General Directorate of Civil Air fleet (GU GVF) identified 60 copies, which were planned to be built in 1932-35. During the construction, the imported Gnome-Ron “Jupiter” engines, which were on the first copy of the car, were planned to be replaced with more powerful domestic M-34s, which made it possible to abandon the nasal engine, thus turning the aircraft from a five-engine to a four-engine.

The military use of the vehicle was also considered, which, thanks to its solid payload and volumetric fuselage, was well suited to the role of a transport assault plane, or an auxiliary night bomber.

However, all these plans remained on paper. The Bolshevik leadership decided that the Soviet Union needed not passenger liners, but a huge fleet of heavy bombers TB-3, which more than 1930 units were built in the 800-s. For this, the program ANT-14 put a cross. In 1934, the leadership of the Civil Air Fleet re-addressed the General Aviation Industry Directorate (SUAI) with the request to build at least 15 copies of the aircraft. But the Office, fully loaded with military orders, ignored this request.

As a result, ANT-14 remained in a single copy, which was not used for commercial flights, but was included in the Maksim Gorky propaganda squadron and carried out agitation and propaganda flights, demonstrating the power of the Soviet aircraft industry.

In this capacity, he flew to various celebrations, made overseas tours, participated in aerial parades and ride tourists on Moscow. After serving 10 for years, the aircraft was written off due to wear in the 1941 year and installed in the Gorky recreation park. There, his fuselage was used as a cinema for some time, and then sent to the smelter. 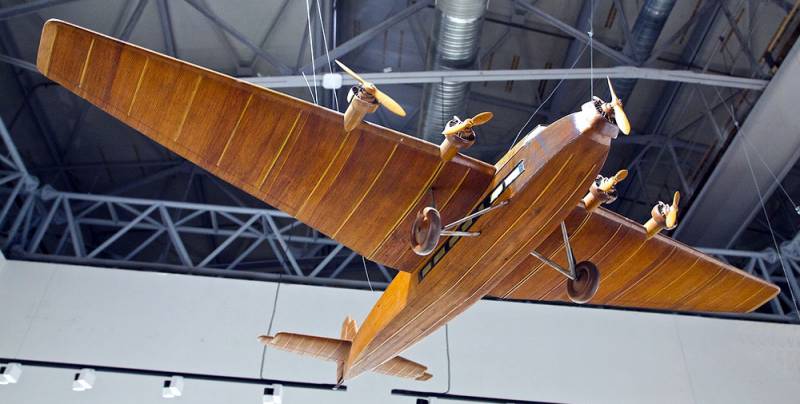 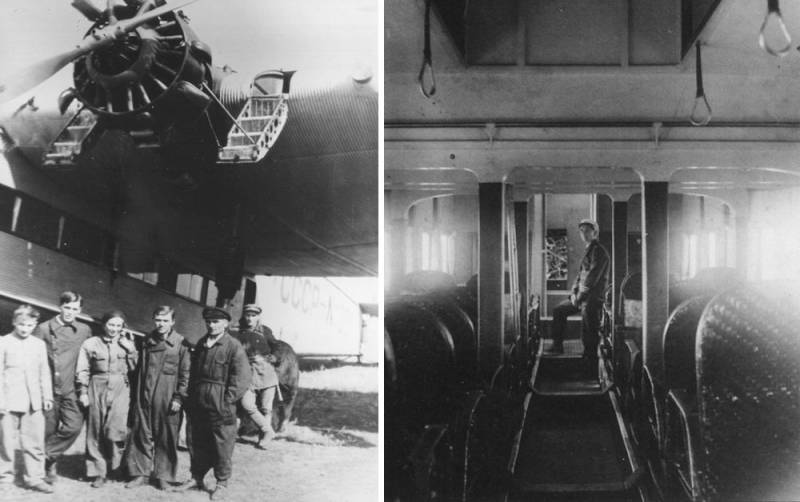 Left: ground staff of the Kharkov airfield against the background of ANT-14 during the airliner's visit to this city. Pay attention to the folding ladders for engine maintenance. To turn back from such a ladder was probably not very nice. Right: interior of the passenger compartment. 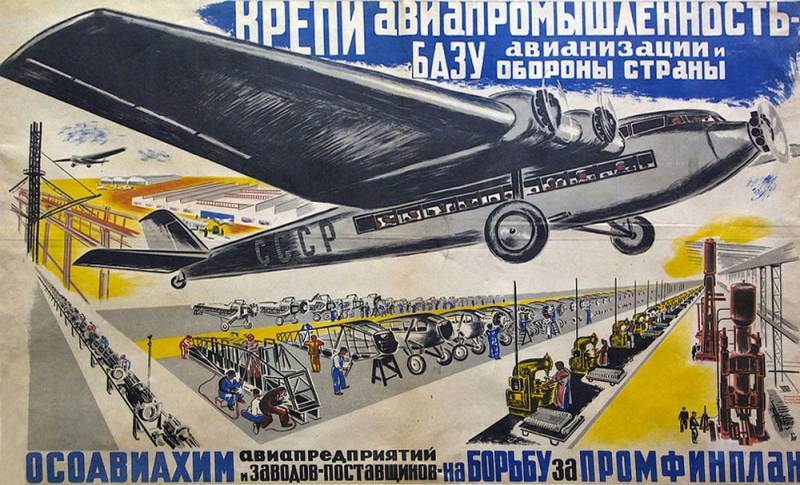 Soviet propaganda poster on which ANT-14 is used as the main art object. 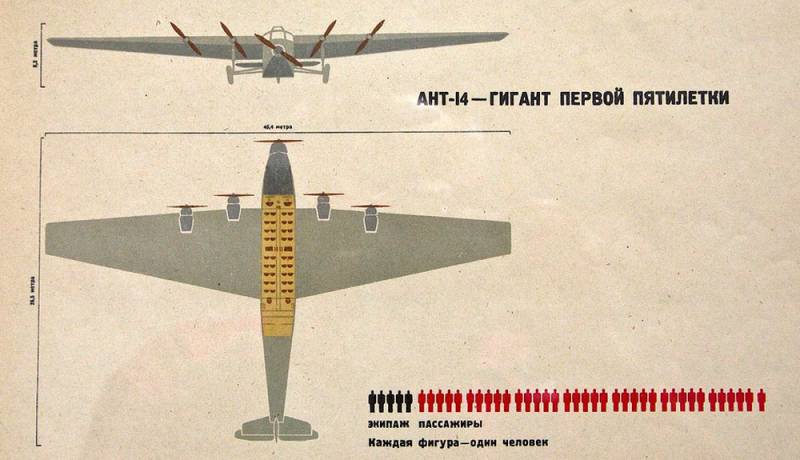 A page from a propaganda brochure published in the middle of 1930's.

Coloring ANT-14 during his service in the squadron named after Gorky.