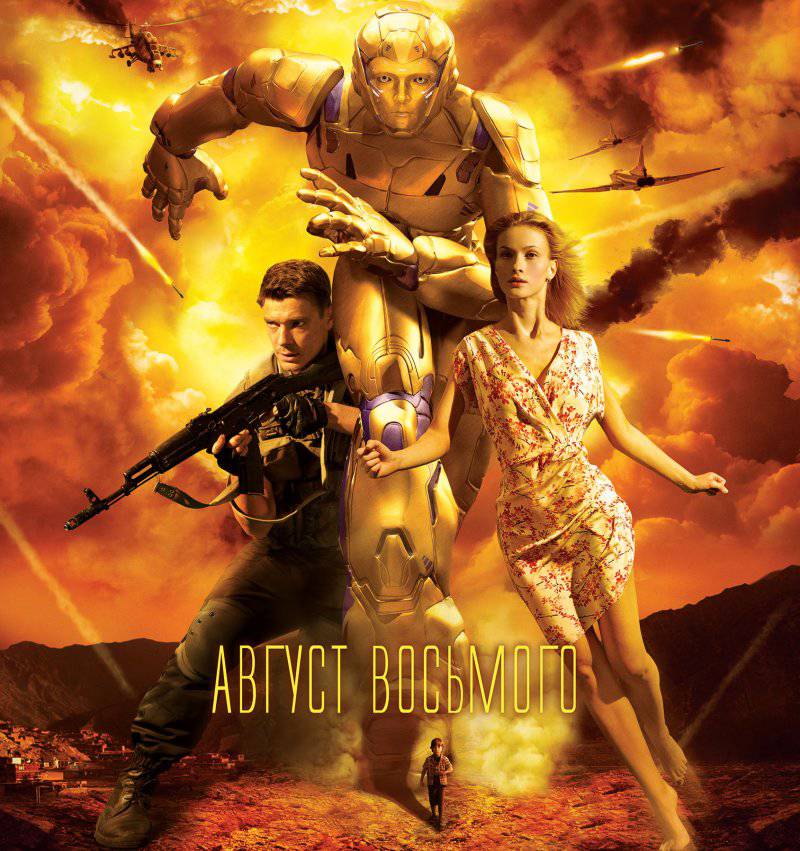 Ukraine has banned the rental of the Russian film “August.Eighth”, directed by Janik Fayziev. It is reported that the Ministry of Culture of Ukraine revoked the rolling license.

According to the Ukrainian media, such a decision is connected with the appeal to the ministry of representatives of the Georgian diaspora and activists of the nationalist organization “Freedom”.

According to representatives of "Freedom", this film contributes to inciting ethnic hatred. So, Andrei Mokhnik, an activist of Svoboda, stated that the main goal pursued by the film, already banned in Azerbaijan and Moldova, is to influence the mass consciousness in order to show “Russian imperialism” in the white light, the invasion of Georgia, also the occupation of part of its territory.

Activists of "Freedom" believe that in no case should not allow a public display of this film in Ukraine. According to them, this tape contributes to stirring up hatred towards the fraternal Georgian people.

Earlier premiere of the film “August. Eighth "broke in Azerbaijan due to excessive activity of the Georgian and Azerbaijani media.

Recall that in Ukraine this is not the first time: two years ago the rental of the Russian film “We are from the Future-2” was banned. Then the Ministry of Culture of Ukraine explained this by the fact that "some episodes contain scenes inciting ethnic strife."

It is strange, of course, that the Ukrainian authorities are not guided by the opinion of their citizens (which would be reasonable), but by the more important opinion of the representatives of the Georgian diaspora and nationalist groups for the Ministry of Culture of Ukraine.
Military Reviewin Yandex News
Military Reviewin Yandex Zen
169 comments
Ad