In Kiev, opened a monument in the form of a sword piercing Russia

August 15 2017
118
At the intersection of Les Kurbas Avenue and Academician Korolev Street on the outskirts of Kiev, a monument was unveiled in the form of a sword stuck into a map of Russia, RT reports.

The representative of the "Veterans of the ATO" Yevgeny Yarantsev said that the established memorial sign symbolizes the future victory of Ukraine over the Russian invaders. 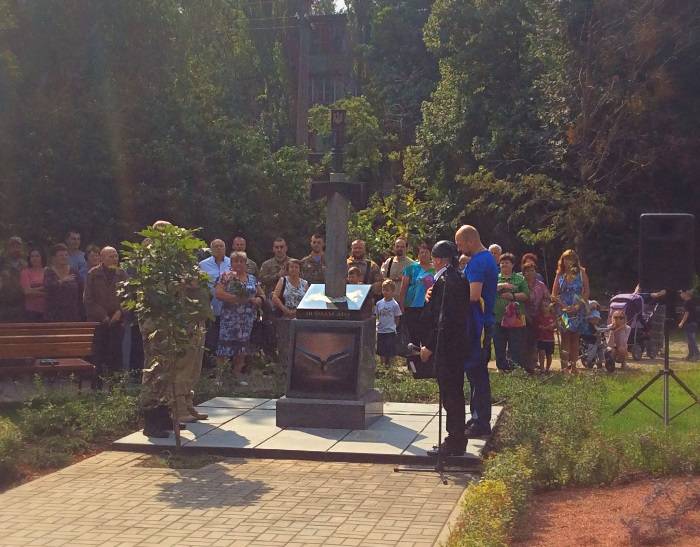 Stylistically, this is an image of the guardian angel of our warriors with a sword that guards our heroes who protect the country from enemies.
- he noted.

It is noted that the monument was created with donations from "volunteers". Outwardly, it looks like a sword piercing the map of the Russian Federation. On the pedestal is an image of a warrior with wings painted in the colors of the Ukrainian flag.

According to the organizers of the event, the memorial was erected at the intersection of Les Kurbas Avenue and Academician Korolev Street, since Kiev prohibited the installation of a monument in the central areas of the city.

The opening of the monument took place accompanied by the anthem of Ukraine and the traditional "Glory to Ukraine! Heroes - glory!".