New Zealanders against Japan. On the defense of Fiji and Tonga

August 15 2017
3
During the Second World War, the armed forces of the British dominions of Australia and New Zealand were attracted to participate in hostilities in the Pacific Ocean - against Japan. New Zealand Fleet and aviation played an important role in confronting Japanese forces in the Asia-Pacific region. As for the ground forces, they were combined into the "New Zealand Expeditionary Force in the Pacific Ocean", the basis of which was the 3rd New Zealand Division.


Far from Europe and avoiding the horrors of the European wars, after the outbreak of the war in the Pacific, New Zealand was in an extremely dangerous situation. The success of the Japanese troops in Southeast Asia and Micronesia frightened the New Zealanders, since under a “frontal collision” with Japan, New Zealand would not be able to win and would be doomed to occupation. New Zealand, even before the Japanese attacked Pearl Harbor, began to prepare for a possible confrontation in the Pacific. First, as already mentioned in the first part of our series of articles, the recruitment of military personnel on a contract basis was replaced by a mandatory call-up for military service. This was a necessary step, given the small population of the dominion and, accordingly, the limited mobilization resources. After thousands of volunteers went to the European front on 63, the situation with mobilization opportunities in New Zealand became even more critical.

Meanwhile, Japan, in contrast to Germany or Italy, who fought in distant North Africa and Southern Europe, was quite a tangible enemy who is "here and now." Accordingly, the New Zealand Army was required, if necessary, to protect not only New Zealand proper, but also numerous British possessions in Oceania. Especially difficult could be the situation of Fiji. The islands of Fiji were a transit point on the way to the Hawaiian Islands and further to the shores of the United States of America. This was well understood in Japan and it was very disturbing to the command of the Allied forces. Back in 1939, a territorial defense battalion was created in Fiji, consisting of an 31 officer and 743 soldiers and sergeants. Then, two 120 mm artillery guns and New Zealand gunners were delivered to the islands. 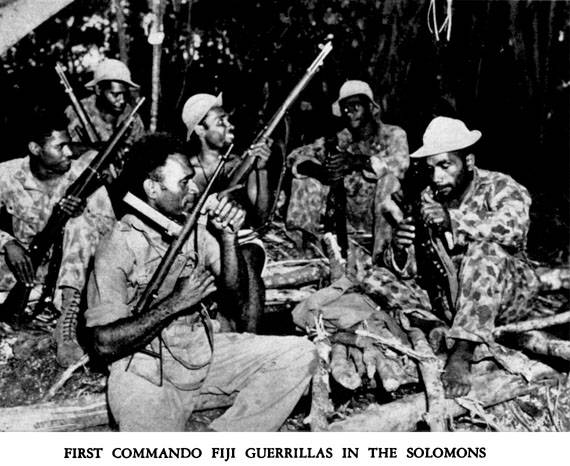 The number of armed forces stationed in New Zealand itself was also small. There were 13 thousands of draftees. The mobilization reserve that New Zealand could collect during the week still included 18 thousands of people who had basic military training. However, the situation was very bad. weapons. The territorial troops were armed only with rifles and pistols, for the whole of New Zealand there were only 44 machine guns. Armored vehicles in the New Zealand Army were absent until 1939, when the territorial cavalry units were renamed into armored cavalry units. 6 armored vehicles entered their arsenal, and the rest of the "technical power" of the New Zealand armored cavalry units was cars and tractors, on which machine guns were installed. New Zealand did not leave ambitious plans to acquire their own tank troops. For this, local engineers even designed very amusing models of “tanks” until, finally, the Stuart party entered the arsenal of the New Zealand Army, after which a tank battalion of three squadrons of 15 tanks each was formed. So the country had its own tank unit. 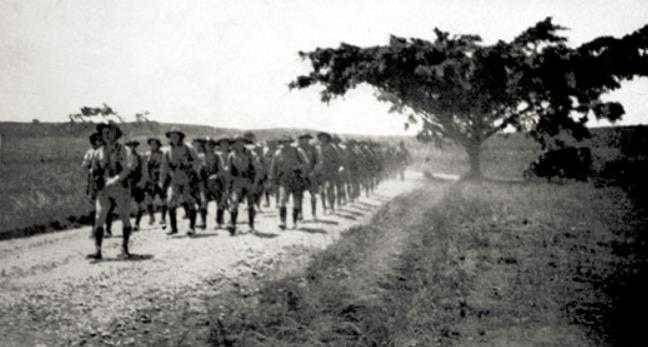 Japan began fighting in Southeast Asia with the capture of French Indochina and the Dutch East Indies (Indonesia). On the morning of December 7, 1941, Japan attacked the American Pearl Harbor base in Hawaii. Fast enough by the japanese army and the fleet managed to achieve great success in Southeast Asia and Oceania. Japanese troops invaded New Guinea, then captured the island of Nauru and the Solomon Islands. Thus, the danger of an attack from Japan was becoming more and more palpable for New Zealand, and this required the most decisive measures from the country's leadership. Lieutenant General Edward Pattik, who headed the headquarters of the New Zealand Army in 1941, was convinced of the need to increase the size of the armed forces in any way. Literally half the entire New Zealand adult male population was drafted into the army. By the spring of 1942, 61 New Zealanders were serving abroad, another 368 New Zealanders were serving in New Zealand itself. New Zealand achieved the maximum strength of the armed forces by July 67 - 264 people were drafted into the army, and more than 1942 people served in the militia. As for women, all of them, except mothers of minor children, were put on a special register and, if necessary, could be sent to the labor front - to carry out any work in the interests of strengthening the defense capabilities of New Zealand.

The capture of the Solomon Islands by Japanese troops frightened both the Australian and the New Zealand leadership very much. It became clear that Fiji, strategically important and occupying a privileged position among other "British" island possessions in Oceania, could well become the next target of the attack by the Japanese army and navy. Therefore, urgent measures were taken to strengthen the defense of Fiji. Army units were sent to the islands, which the command previously intended to send to Egypt. Thus, the 35, 36 and 37 infantry battalions and the 27 anti-aircraft artillery battery turned up in Fiji. The strength of the Fijian Defense Forces increased to 7600 personnel, they received the official name of the Pacific Section of the Second New Zealand Expeditionary Force, and Brigadier William Cunningham received the military rank of Major General of the New Zealand Army.

The composition of the New Zealand expeditionary forces in the Pacific include the following units and units of the New Zealand army and the militant forces of island possessions:
- 8-Infantry Brigade (consisting of - 1-th Fijian, 34-rd and 36-th infantry battalions, 2 company 2-of Fijian battalion, 2 coastal artillery batteries, 35-I field artillery battery, 7-th field hospital , 20-I field engineering company, 4-I mixed service company);
- Brigade Group Porter, later transformed into 14-Brigade of the New Zealand Army (consisting of - 30-th, 35-rd and 37-th infantry battalions, a battery of coastal artillery, 37-I field artillery battery, 27-I anti-aircraft artillery battery, 23-I field engineering company, 16-th service company, 2-field infirmary, Namaka Hospital);
- The 29 Infantry Battalion, concentrated in the vicinity of Suva and the Nandali airfield to protect them. 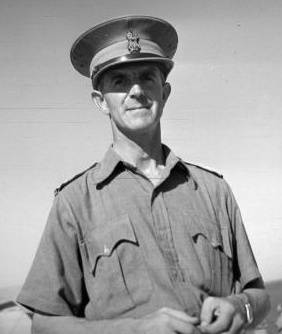 The commander of the 3 New Zealand Division was appointed Major General Sir Harold Eric Barrowle. 47-year-old Barrouklu volunteered for New Zealand's territorial forces in the 21 year - in the distant 1915 year. He managed to make war on the western front and ended World War I with a battalion commander in a New Zealand rifle brigade with the rank of lieutenant colonel. During the Battle of the Somme, Barrowle received a Military Cross. After the war, Barrowklu completed law education and worked for a long time in various law firms in New Zealand, while at the same time not forgetting about serving in the territorial militia, where he was promoted to colonel and commanded the 3 New Zealand Infantry Brigade. Then, for some time, Barrowle was not in military service because of differences in views on the construction of the New Zealand armed forces with the country's leadership and the army command.

In 1940, Colonel Harold Barrowle decided to return to military service. He volunteered for the New Zealand 2 Division, received the rank of brigadier and commanded the 6 Infantry Brigade in its composition, participated in hostilities in Greece and North Africa. When there was a question about the formation of the 3-th New Zealand division and the appointment of its commander, Major-General Bernard Freiberg, who commanded the 2-th New Zealand division, recommended Brigadier Burrouck, the responsible and experienced officer, for the position of 3 division commander. Under the command of the rank of Major-General Harold Barrowlock were the following units and divisions that were part of the 3-th New Zealand Division: 1) 8-I infantry brigade (commander - brigadier Robert Rau), which included the 29-i, XNXX-th Infantry Brigade, XNXX-th Infantry Brigadier, which included 34-I, 36 X-NXX-th Infantry Division. and 2 infantry battalions; 14) 30-I infantry brigade (commander - Brigadier L. Potter), which included 35-th, 37-th and 3-th infantry battalions; 33) divisional artillery (the division's artillery commander is Colonel Duff), zr. battery, 17 and 28 anti-tank artillery batteries; 29) engineering forces (Chief - Lieutenant Colonel Murray) comprising the 144 and 53 field engineering companies and the 54 park company; 4) divisional communications (division commander-in-chief - Lieutenant Colonel Burns) as part of the 20 communications company, staff company, communications units of artillery and infantry units; 23) Army Service Corps (corps commander - Lieutenant Colonel Jenkins) as part of the 37 and 5 th service mouth and 1 of the reserve company of mechanical transport; 6) Divisional Medical Service (Head - Colonel Tuyitt), which included 4 and 16 field hospitals, 10 general hospital, basic dental hospital, dental mobile section. 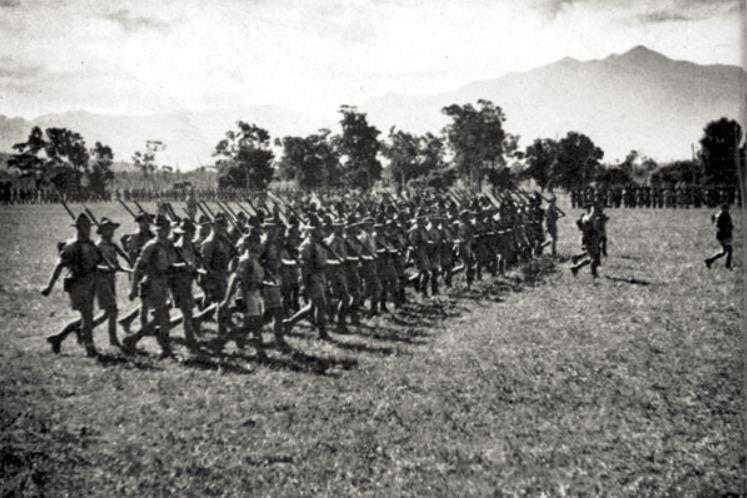 Since parts of the American 37 Division arrived in Fiji, the New Zealand forces left behind as islands areas Tonga and Norfolk Island. Here it is necessary to tell a little about what the islands of Tonga were on the eve of the Second World War. It was a British protectorate in the status of a kingdom, retaining relative autonomy and having its own king and its own armed formations - the royal guard of Tonga, founded in 1900, and for a long time consisted of only one platoon of 40-50 people. After the outbreak of World War II, the Tonga Defense Forces were created, which included 4 rifle companies. The strength of the Tongan defense forces was 442 Tongan soldiers and sergeants and 13 New Zealand officers and warrant officers.

By 1942, the number of Tongan troops increased to 700 troops. The personnel of the units were staffed mainly from Tongans - up to the rank of first lieutenant, inclusive. The middle and senior officers were represented by New Zealanders. Thus, the Tongan troops, although formally were an independent military unit, were under the operational control of the New Zealand command. In the Air Force of New Zealand, served the famous Baron Vaea - Alipate Halakilangi Tawʻalupeoko Vaea Tupou (1921-2009) - a representative of the royal family of Tonga, who completed his training at New Zealand College and entered the Royal Air Force of New Zealand, where he spent the whole war as a naval patrol bomber pilot. So, not only New Zealand, but also Tongan soldiers and officers made a feasible contribution to the terrible years of the Second World War to the struggle against Japan, an ally of Hitler's Germany in the Asia-Pacific region.