August 14 2017
46
In the USA, a new point of view on the political process in Russia has appeared. It turns out that the cause of the deterioration of relations between Washington and Moscow is not Putin personally, in Russia in general. It is not Putin who should be blamed, but the whole of Russia: Russians are basically unable to build a liberal democracy. 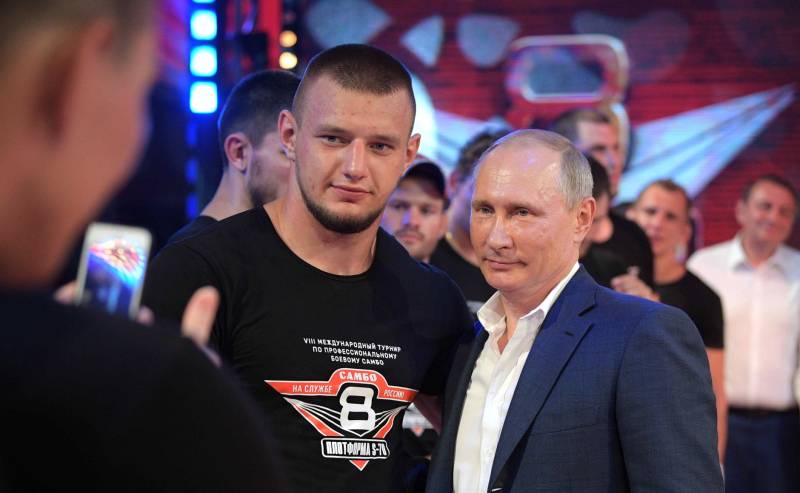 On the inability of Russians to create a liberal democracy told the managing director of the organization "Kissinger Associates" Thomas Graham (Thomas Graham) in the journal "Politico".

Today in Washington it is customary to blame President V. Putin for the deterioration of Russian-American relations. This is not true: there are disagreements between the two states long ago, from the nineteenth century. Periods of cooperation can be counted half fingers. The journalist is confident that relations should be established not with Putin, but with Russia. And it must be borne in mind: in the near future, this country will not become a liberal democracy. Why? Yes, simply can not. Maybe not be able to ever.

The disagreements between Washington and Moscow are chronic and depend fundamentally on changes in technology. Values, spheres of influence, principles of the world order - there have long been major differences. And even in Russia's intervention “in the internal affairs of the United States,” the author did not find anything innovative: when the Communists ruled the USSR, this threat existed quite real.

After the collapse of the USSR, however, the Americans considered that the Russians would accept a liberal democratic order and a free market. The argument was a conviction: after all, such an order made the West prosperous. But Russia went its own way, "traditional." Tensions between the White House and the Kremlin under Putin returned. Turning back to the past, the author notes: Russia, most likely, will never become such a liberal democracy that fits into Western models.

At the same time, Russia will not cease to be a major player in the international arena. Therefore, Washington has no choice but to cooperate with Russia. And here there are a number of difficulties: how to establish partnership with a powerful country that adheres to other values ​​and competes for influence?

The analyst notes the low effectiveness of the sanctions: the White House is unable to isolate Russia. It is better to pragmatically “conduct business” with Moscow in a pragmatic way. As for geopolitical rivalry, here we must try to reduce the risk of full-scale conflict to a minimum. The vital interests of the United States will continue to be upheld, but one should be willing to compromise on other issues. The world is full of risk, and both Washington and Moscow must understand that growing global chaos requires balanced relations. This will allow in the future to promote the interests of both states, concludes Mr. Graham.

Of course, the author takes the position of pacifism and seeks to prevent a war, to which the opposing powers are clearly sliding down with their ships, planes tanks, submarines and nuclear weapons. The trouble to the house is that the "vital interests" of the USA are spread over half-planets, and no one knows what kind of "interest" will be given priority next week. Obama is reconciled with Iran - Trump reconcile canceled. Obama behaved relatively quietly in Syria - Trump blasted the Tomahawks over Assad's troops. Next in line is the DPRK. Obviously, all these threats and blows are a sign of liberal democracy. Bombs and rockets are the means for its accelerated construction.