In the DPR, security officials were accused of using drones to bombard neighborhoods

August 13 2017
28
Ukrainian security forces began using unmanned aerial vehicles not only for aerial reconnaissance, but also for dropping ammunition into residential areas: the DPR 11 of August military personnel shot down an unmanned aerial vehicle of Ukrainian security officials, equipped with lethal weapons, in the area of ​​Staromikhaylovka village on the western outskirts of Donetsk. This was announced today by the deputy commander of the operational command of the DPR, Eduard Basurin, сообщает Donetsk agency News. 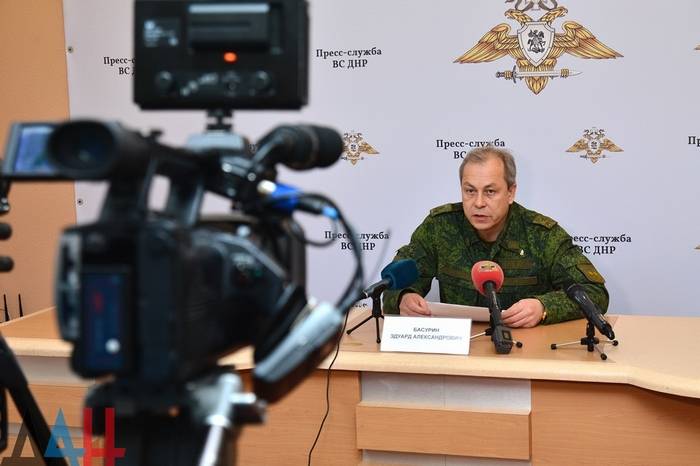 Ukrainian war criminals 11 of August attempted to use the "Commander" unmanned aerial vehicle "multikopter", on which the cumulative charge "KZ-6" was installed, on the residential houses of the village Staromikhailovka (western outskirts of Donetsk)
- he said -
Only thanks to the vigilance of our defenders of the sky, who shot down the enemy's aircraft, did you manage to avoid civilian casualties
.

Earlier, the DPR command repeatedly reported the use by the Ukrainian side of unmanned aerial vehicles for reconnaissance purposes. Meanwhile, according to paragraph 7 of the Minsk Memorandum of September 19, 2014, the use of military aviation and UAVs are prohibited along the contact line of the parties in the cessation zone weapons at least 30 km wide, except for unmanned vehicles of the OSCE Special Monitoring Mission