August 13 2017
47
According to the blog bmpd, in early August, at the disposal of the 22nd Guards Fighter Aviation Regiment of the 303rd Guards Mixed aviation divisions of the 11th Army of the Air Force and Air Defense Air Defense Forces, based at the Central Corner airfield of Primorsky Krai, arrived three more fighter-interceptor MiG-31BMthat have been modernized at the Nizhny Novgorod aircraft building plant "Sokol". 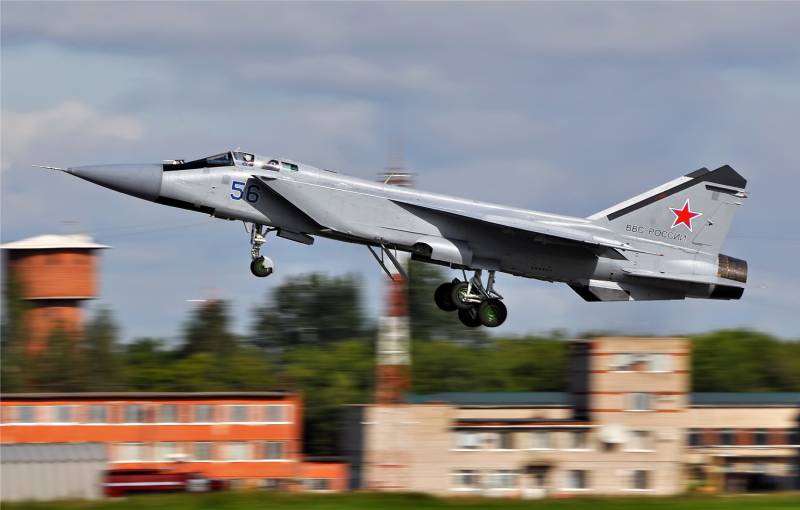 Earlier, the unit received 19 upgraded MiG-31 fighter jets. The regiment retooling on this technique is carried out since December 2015. In its composition there are three squadrons. One of them is armed with MiG-31, the other is Su-27СМ and Su-30М2, the third one is Su-35С and Su-30СМ.

It is assumed that when the MiG-31 is reached in 22, the vehicles will be allocated to a new regiment of two squadrons, which will most likely be located at the Sokolovka airfield of the Primorsky Territory.