August 12 2017
3
The Ka-50 was developed for the 1976 competition of the year using a new attack helicopter, which was to become a worthy opponent in parallel with the American design that was created, later named AH-64 Apache.

The Ka-50 looked revolutionary: the coaxial scheme, typical of the design bureau, was supplemented by a crew reduced to one person (the designers decided to base themselves on the high automation of the on-board complex) and an ejection system with shooting propellers. The result was an original attack helicopter with unsurpassed maneuverability, especially in flat U-turns, allowing you to quickly retarge the onboard armament.

The machine at the beginning of the 2000-s was successfully used in Chechnya. Currently, a new Ka-52 “Alligator” helicopter, serially produced for the Russian Air Force, has been created at its base. 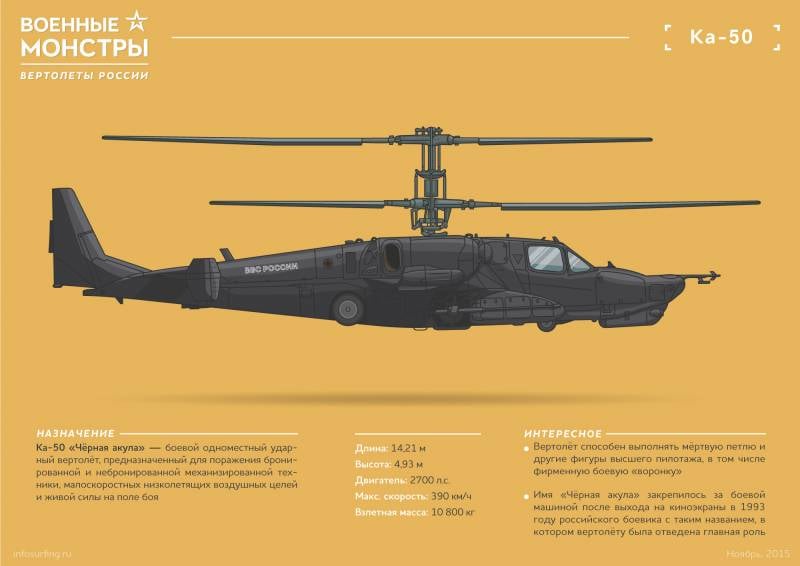