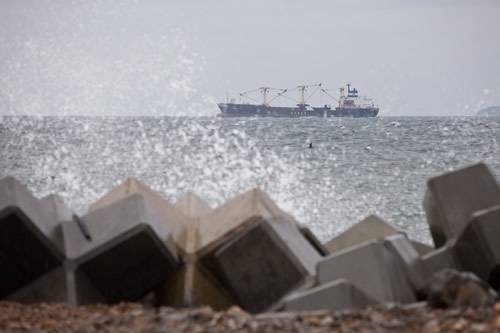 One of the regions in which major elections will take place in the fall is the Sakhalin Region. According to the report of the Agency for Political and Economic Communications (APEC), there are “isolated risks for United Russia” against the background of a “weak” parliamentary opposition. It is worth remembering the local specifics, in addition to internal, strictly regional problems, an important role is played by the foreign policy factor. To this day, the Land of the Rising Sun ignores the results of the Second World War and makes territorial claims to the four islands of the South Kuril Ridge. The head of the Sakha Republic shared his vision of the situation in the region with Nakanune.RU Lynskey branch of the Russian Geographical Society and a member of the Sakhalin Regional Duma Sergey Ponomarev, who is fighting for a place in the new structure of the regional parliament in the "affairs of the Party" team.

Question: Your statement about the existence of a bloc in the Sakhalin Oblast government that advocates "some kind of incomprehensible interests" associated with the upcoming elections and with many other important processes in the region is met in the media. Please tell us what the block is?

Sergey Ponomarev: Judging by the practical actions that I experienced on myself and which each of the candidates put forward from the “Party of Affairs” experienced, it is about administrative pressure, which is carried out in the form of so-called “conversations” - meetings with the head of the staff, or his deputies who propose to refuse to participate in elections under this list. In whose interests is this done? I believe that it is in the interests, above all, of United Russia. But this is a direct violation of the electoral legislation and a direct violation of official regulations on the civil service. In this connection, I turned first to the governor, and then to the Sakhalin Oblast Prosecutor’s Office, but there is no answer yet.

Question: What processes, other than elections, affect this block?

Sergey Ponomarev: These are situational things, united by the execution of a team in relation to all the allegedly dissidents - that is, they do not support United Russia. What, for example, I personally can be harmful? Say, on the initiative that I expressed in writing on behalf of our branch of the Russian Geographical Society, 20 July, the Sakhalin Regional Duma submitted a legislative initiative to the federal assembly with a draft amendment to the federal law on the Days of Military Glory and Memorable Dates of Russia. It is proposed instead of the faceless day of the end of the Second World War, which we now have in the calendar, to establish a victorious day, which would be called so - Victory Day in the Second World War.

If we don’t want to talk about the fact that we have defeated Japan, then instead of the memorable day, we can celebrate the Day of Military Glory, which it actually is. Almost 2 million people were awarded the medal "For the Victory Over Japan" and almost 100 people received the title Hero of the Soviet Union. The contribution of the USSR was decisive and the decree of the Presidium of the Supreme Soviet of the USSR from September 2 1945 is valid, it is in the legal system of our country, but not codified, but according to it, it is the Day of Military Glory - Victory Day over Japan. This initiative is supported by the Duma, but for some reason it is not published, it is not covered.

My second initiative is connected with the naming of a number of geographical objects that we, as a geographical society, have examined and propose that these names appear on the map of the Sakhalin Region. Starting from 2010, an inventory of the Kuril Islands is carried out, and already in February of this year five names were added on the map of Russia, three of them - on the Small Kuril ridge, two - on the Big Kuril ridge.

There is no awareness in the power structures of the need for this, and I am convinced that the specified name is extremely necessary, as it will reduce the number of errors in self-identification, there will not be such nonsense as, for example, write "Sakhalin Governor", and where is the Kuril Islands? Behind these words are the meanings, concepts, and the territorial integrity of Russia, we need to be protected by all available means, including the population should have an understanding of what the Kuril Islands belong to. They refer not only to Russia, but also to the Sakhalin region. A few years ago, even on an interactive map on the website of the Government of the Russian Federation, when clicking on the Kuril Islands, the Kamchatka Territory was highlighted. 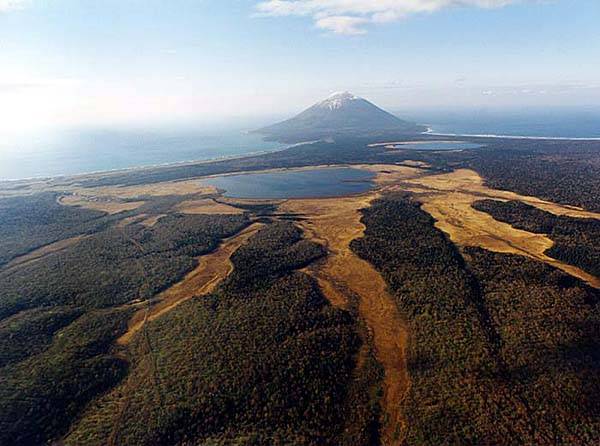 Question: The joint development of the islands with Japan, in your opinion, is useful or harmful?

Sergey Ponomarev: Any development is useful, but the creation of a priority for a state that claims to these territories, does it demonstratively and does not refuse it, despite our benevolent attitude, is an extreme danger. Given the fact that in 2009, the Japanese declared these lands as their own legislation.

Question: By the way, is business from China and South Korea trying to operate in the Kuriles?

Sergey Ponomarev: The Japanese have for a long time been economic blockade of the Kuril Islands, that is, their residents are not able to enter Japan in a visa procedure. If a resident submits an application, he is stamped that he is banned from three years. Moreover, such punitive measures they extend to businessmen who have a business in the Kuril Islands. When Korean companies attempted to conduct such a business, for example, supplying a pier for moorings, Japan protested internationally and pursued a sanctions policy against these Korean companies.

My deep conviction that relying on foreign partners to develop geostrategic and economically significant territories is surprising, if not ridiculous. This should be done by the country itself. For example, I fully support the statement of our governor that the delivery of products to the Kuril Islands will be compensated at the expense of the budget. But this could be done not only before the elections, it was possible to do this before. Our islands are for us to master them.

Question: Is the Japanese business concentrating only on the South Kuriles or is it active throughout the Sakhalin Region?

Sergey Ponomarev: There are a lot of Japanese goods on Sakhalin, but Korean goods are more and not of worse quality. As for co-production, the Japanese are not interested in it. There are pin projects on road construction and some other areas, but in general, there is no cooperation adequate to the border position of our regions, like the Russian-Finnish one.

Japan is not interested in the development of business in the Kuril Islands and Sakhalin. All this is an imitation, a cover in order to raise questions about claims in the territory, that's all that concerns small and medium businesses. However, large business is present, for example, in the form of the Sakhalin-2 project. The Japanese side is interested in it and drives our raw materials to itself, therefore this project is not closed to territorial problems and does not depend on them in any way. 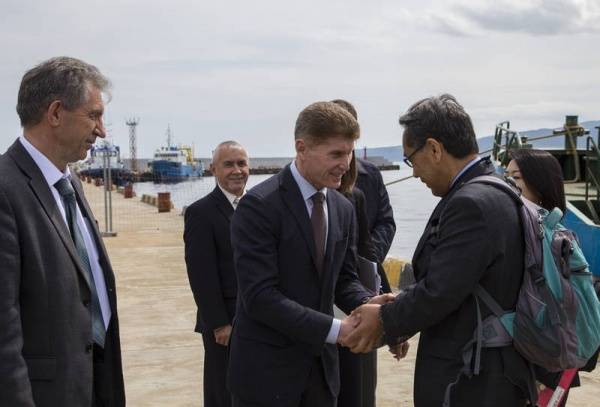 Question: Will the upcoming Eastern Economic Forum be able to change the situation?

Sergey Ponomarev: Considering the sanctions that Trump has now introduced and the meaning of which comes down to the fact that “we are not cooperating with Russia and those who cooperate with Russia are our enemies, Japan, which is in good relations with the United States, is hardly will begin to implement with us some serious projects.

Question: There is much talk about the “Amur team” of Governor Oleg Kozhemyako, who succeeded Khoroshavin. What is this team, is it for the benefit of the Sakhalin Region that the activities of managers from another region go?

Sergey Ponomarev: The fact of the Amur registration became one of the passes to the executive power of the Sakhalin Region. There are hundreds of these "newcomers", and only proximity to the Amur Region, regardless of their professional qualities, for some reason gives them priority. I do not think that is correct. Probably, nevertheless, the level of professionalism should play the main role, and not the place of the former work or the former registration. In fact, came the new clan.

Question: But can it be said that the negative legacy of the previous leadership has been overcome and the new governor manages to cope with the key problems of the region, such as unemployment, insufficient housing construction rates?

Sergey Ponomarev: Undoubtedly, there are, of course, shifts. This is the personal merit of the governor, we must give him his due. And I think many of his efforts would be more effective if he properly used local personnel.

In terms of housing construction, there is indeed an acceleration in the construction of social housing, we have increased the demolition of emergency, dilapidated housing and barracks. This is undoubtedly positive.

In the economy, we are completely and completely dependent on the situation in the country, although there are both factors aggravating the economic situation - delivery, including the northern one, and positive - this is what revenues from oil projects and money are compared to other subjects in our country. much more, but they can be even more at the expense of using our position in the Sakhalin-1 and Sakhalin-2 oil projects, and there are problems there.

Question: Did you manage to defeat the corruption that existed before?

Sergey Ponomarev: I think that now there are other forms and means of inefficient spending of budget money. Often there is a transfer of budget preferences or Amur firms, or approximate. You can recall the Minister of Forestry, already set up with the new team, who tried to chuck at the expense of the budget. The whole forest community was indignant.

As a rule, people who are interested in spending, but not in efficient use, are thrown into financial flows — just throwing money at a problem. A man approached me, for example, and said: "You know that if we send a team to the mainland at the expense of parents to play hockey, it costs thousands in 700. But the last trip to the same point at the expense of budget funds cost 3,5 million And why with the team in 15 people (5 - accompanying), in the delegation 31 people? " We went to the game in China, used millions. Here are the new ways of inefficient use of funds. I don’t know which is better - bribes or just an inefficient expenditure of public money.

Question: The Far East is traditionally considered a "protest" region. Can you say the same thing about the Sakhalin region?

Sergey Ponomarev: I do not think that we have a protest region, we have a normal business region. Personally, my task is to help the “Party of Affairs” take a decent amount of seats in the Sakhalin Regional Duma.

Question: What prospects do you see in the "Party Affairs" on Sakhalin?

Sergey Ponomarev: The prospects are good, the opportunity to speak at the regional level is due to the fact that earlier in the Uglegorsk district the head of the administration was elected from this party. And in the hardest-time hardest times, he did not succumb to the system of bribes that was created. Thus, the "Party of Affairs" begins to act at the regional level, and at the municipal level it has already shown itself decently and fairly positively.