August 9 2017
59
The US military command reports that the Pentagon for the first time managed to agree with the official Hanoi on the visit of its aircraft carrier to Vietnam. The agreements were reached in Washington with the direct participation of US Secretary of Defense James Mattis and Vietnam Ngon Xuan Lithuania. 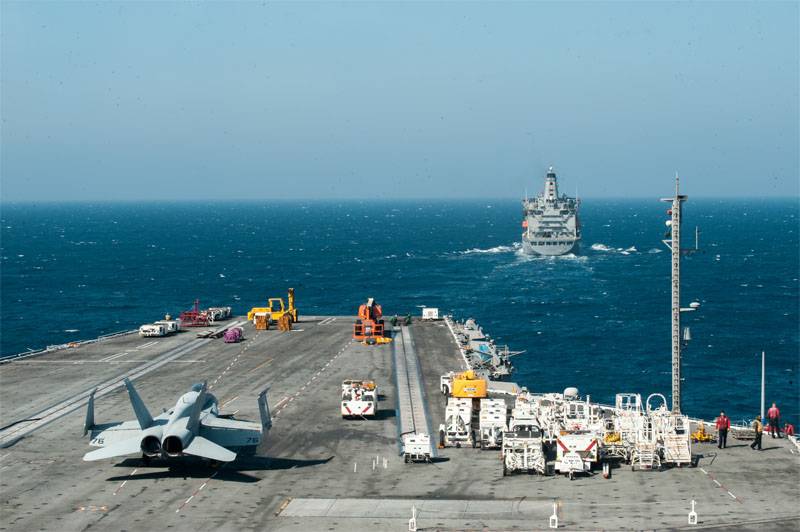 According to Mattis, Washington is interested in strengthening military-technical cooperation with Vietnam. Stated first in stories The entry of the American aircraft carrier into the Vietnamese port will be carried out in 2018 year. It was added that Washington and Hanoi "are on the path of cooperation in terms of information sharing." Reports about it RIA News with reference to the press service of the White House. About the exchange of what kind of information in question, the Pentagon is not reported.

Mattis recalled that as part of the deepening of military-technical cooperation and security cooperation, the United States handed over to Vietnam a patrol ship, which had previously been part of the United States Coast Guard. At the same time, the US Secretary of Defense added that "the States will support Vietnam on free shipping in the South China Sea." This is a clear hint of the disputes between Hanoi and Beijing over the territorial identity of the islands in the waters of this sea, as well as the hint that Washington is ready for cooperation against China.

I wonder if the United States will deliver the downed pilot (now senator) McCain as a confirmation of his intentions to cooperate with Hanoi on a visit to a memorial pit in which he had the good fortune to visit at the time? ..