On the state and prospects of the Belarusian military industrial complex 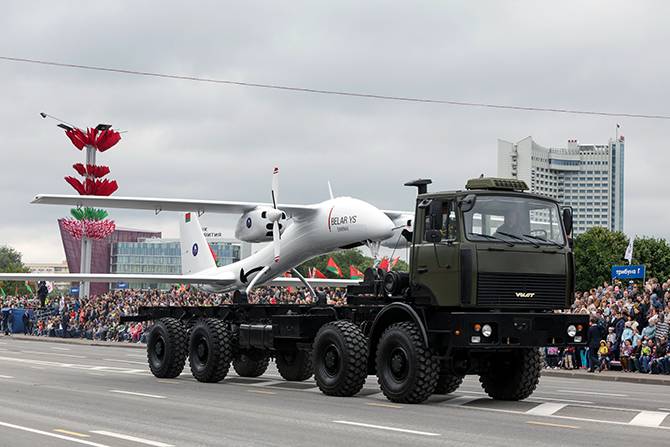 A vivid example is the state of the republic's military aircraft fleet. If in the early 1990s, after the collapse of the USSR, it consisted of more than a hundred good aircraft at that time, now the country boasts several training Yak-130s that were recently purchased in Russia. Everything else is yesterday aviation.

The main combat vehicles of the Air Force of Belarus, MiG-29 and Su-27, it was decided to replace 2 a year ago. One Russian Su-30 costs $ 30 million, there are no funds even for a squadron set in the budget, therefore, plans for transition to Su-30 were postponed indefinitely.

The current head of the Gosvoenproma of Belarus, Major General Oleg Dvigalev, who previously was the commander of the air force and air defense forces of the republic’s armed forces, in February 2017 of the year clarified that the purchase of Su-30 is planned to be completed before the end of 2020, while the military fleet is coping with combat duty, and with the preparation of flight personnel. (Note: O. Dvigalev was appointed to the new position of 18.07.2017 of the year. According to military observer A. Alesin, his appointment shows the vector of development of the military-industrial complex of Belarus: there will be a bias towards the development and improvement of anti-aircraft missile systems, aircrafts.)

In April 2017 of the year during the meeting of A. Lukashenko with V. Putin in St. Petersburg the question of buying Su-30 for 50% of their value was raised again, but the deal has not yet taken place. 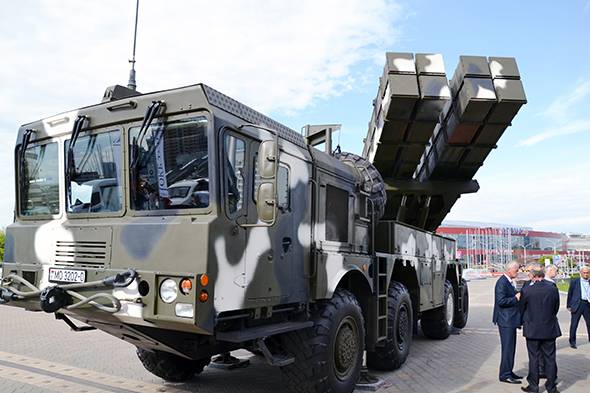 70% of Belarusian MIC products are exported

Information about how much the republic’s budget receives from this activity is closed; according to experts, about $ 300 million per year. Basically Belarus sells old stocks.

For comparison. In 1998-2001 Belarus has sold weapons $ 1 billion. and took on this indicator 11th place in the world. In 2005, the republic was among the twenty most active arms sellers. Officially confirmed sales of aircraft, helicopters, armored personnel carriers, tanks and other equipment in Iran, Sudan, Cote d'Ivoire, Peru, Uganda.

Over the past 12 years, the structure of the Belarusian arms export has changed. In the world arms market, the republic began to specialize in the supply of automated control systems for air defense and aviation; guidance systems for tanks and artillery. In addition, currently Belarus is actively engaged in the modernization of military equipment, sells dual-use technology. 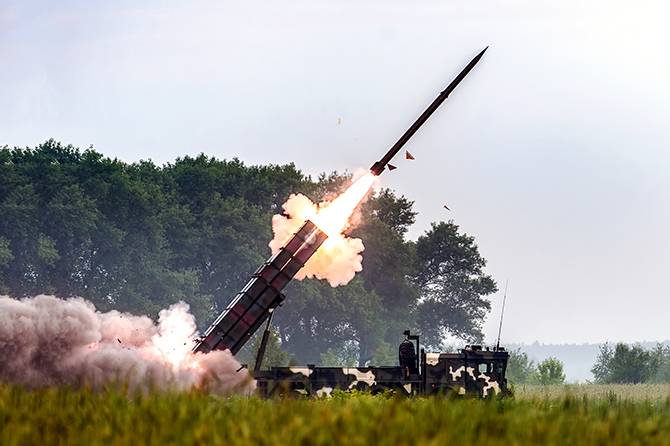 Military experts on the defense budget of Belarus

The Belarusian journalist, economic and military observer A. Alesin confirms that no more than 1% of the country's total budget is spent on defense. There has been no real increase in spending on these goals in recent 3 years. The increase shown by the state is, first of all, “leaps of the Belarusian ruble against the dollar”. The budget "increased" within inflation.

What then does the country export? Perhaps, “the so-called surplus military equipment: what remains of the USSR; ammunition that has expired; other military property; individually old tanks; decommissioned Su-24, possibly Su-27 ".

At the same time, the expert believes that the $ 300 million sounded does not include the income from trading in various electronic systems, electronic intelligence, radars, software, drones, etc. In fact, sales revenue can reach $ 1 billion.

How much is spent on rearmament is unknown. Most of it goes to the MIC's own needs: wages, taxes, and so on.

The head of the Belarus Security Blog analytical project, Andrei Porotnikov, believes that the funds allocated by the budget for defense are not even enough to properly maintain the personnel of the armed forces, not to mention the purchase of new military equipment and training of army personnel. In his opinion, the size of the country's defense budget should be increased at least to 3% of GDP. This can be done through the redistribution of budget expenditures and by combining all extra-budgetary funds. 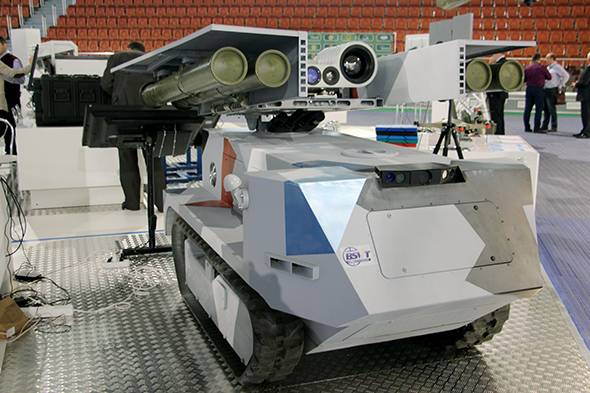 Prospects for increasing financing of the Belarusian military industrial complex

Already in July this year. On the websites of Belarusian analytical centers, new expert references have appeared, describing a number of trends: the growing influence of the Belarussian army through new personnel appointments; improvement of the power unit management system by the top political leadership of the country; the need for an early resolution of the problem of rational use of the resources of the military-industrial complex, security and defense of Belarus. Separate line passed messages about the expansion of security cooperation with China.

Thus, 25.07.2017 was signed between the Ministry of Internal Affairs of Belarus and the Ministry of Public Security of the People’s Republic of China of a letter of intent to expand cooperation in the fight against terrorism. Interaction involves the exchange of information, joint operations and the provision of technical assistance from China.

President of Belarus A. Lukashenko 27.07.2017 at a meeting with the leadership of the State Secretariat of the Security Council indicated the need to optimize the management system of the country's power unit, the development of a new mechanism for the work of the head of state with the State Secretariat of the Security Council and the security agencies. During the 2017 of the year, the maximum number and amount of funding for each agency should be determined, and areas of work should be clarified. It is assumed that the leadership of the Ministry of Internal Affairs and the Ministry of Defense will be able to redistribute material and human resources, following current priorities.

According to experts, this is due to the changed diplomatic strategy of the Belarusian authorities towards Russia. Russia is no longer viewed as a guarantor of internal stability and external security of the republic, therefore, it is necessary to look for new points of support in the sphere of internal and external security. The expansion of security cooperation with China is one of the manifestations of a new foreign policy strategy. 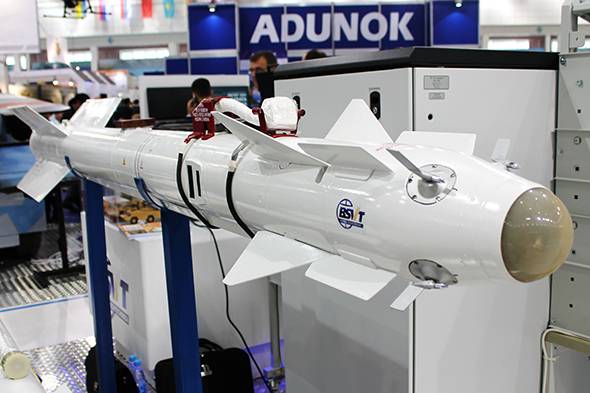 The fact that the influence of the Ministry of Defense of Belarus is growing indicates an increase in the share of expenditures in the state budget of the country for the needs of the military-industrial complex.

17.07.2017 was passed the law “On approval of the report on the execution of the republican budget for 2016 year”. Expenditures on the item “Defense and Armed Forces” were initially approved in the amount of 834,6 million Belarusian rubles, then the indicator was updated to 988,6 million, and in total for the year almost 983 million was used (In the open access document, on the basis of which the Defense Ministry Received additional funding, no.)

Experts suggested where additional funding was directed. In their opinion, this is the development of the MLRS "Polonez" in terms of increasing the range to 300 km and the integration of the Chinese Tactical Missile M-20 into the armament complex, including the supply of armament to the troops; modernization of the tank fleet, including to the level of T-72B3 by the forces of the Russian Uralvagonzavod; purchase of vehicles, including armored vehicles "Caiman", V-1, CS / VN3 "Dragon"; the acquisition of an additional batch of unmanned aerial complexes for various purposes, as well as new communications technology, including the Belintersat satellite system.

In addition, commenting on the appointment of Major-General Oleg Dvigalev as chairman of the State Military Industrial Committee, the experts concluded that the status of the GVPK was downgraded and that it was directly subordinate to the Ministry of Defense. The President of Belarus has decided to oblige the GVPK to provide the army with requests improve the quality, reduce the cost of production and comply with the deadlines for project execution 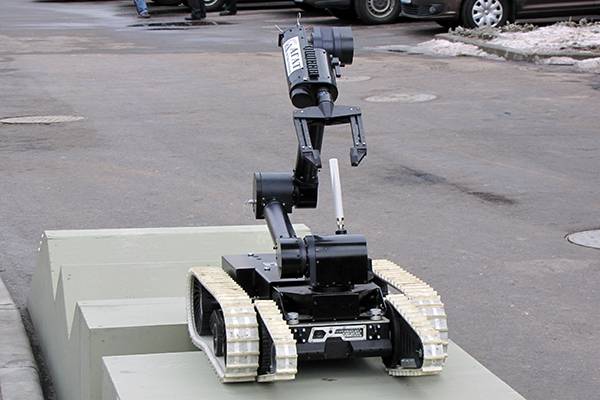 Thus, the Belarusian analytical centers conclude that for the first time in 26 years, there were prospects for the resumption of funding for the military-industrial complex in the proper amount. This is due to the security crisis in Eastern Europe and the change in the priority of threats to the national security of Belarus from domestic and socio-economic to external.