US coalition hit with phosphorus bombs on the hospital in Rakka

August 5 2017
67
The international coalition led by the US caused an air strike with phosphorus bombs at the hospital in Rakka, the Syrian Agency reports SANA with reference to the deputy head of the local branch of the "Red Crescent" Dinu al-Assad.

The hospital was bombarded by more than 20 shells, the purpose of which were electric generators, ambulances and offices inside the hospital
- said al-Assad, who, according to the agency, lives in Rakka, RIA reports News 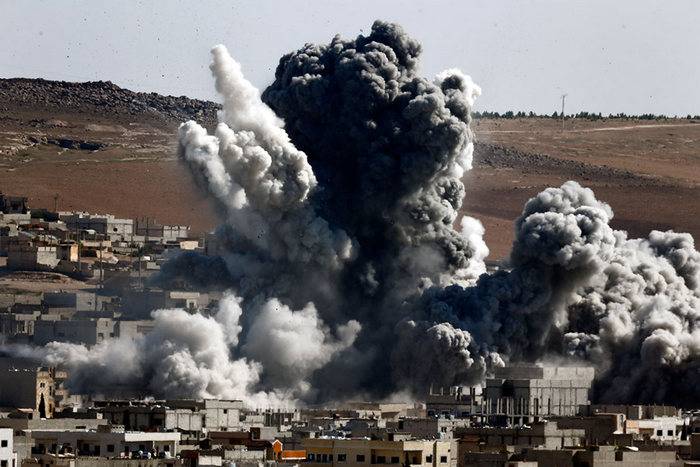 archive photo
According to her, there were no IS terrorists in the building *. A representative of the Red Crescent noted that the hospital serves about 100 thousands of people in the city.

SANA previously reported a coalition use of phosphorus bombs on Raqqa 9 airstrikes in June. According to the agency, not less than 17 people were victims of blows.

The use of phosphorus ammunition as weapons prohibited by a number of international agreements. A coalition led by the United States to combat the IG * stated that it uses them in Syria in accordance with international standards, taking precautions against civilians. Criticizing the use of phosphorus bombs was made by the international human rights organization Human Rights Watch.
The United States, with 2014, is conducting an operation in Syria against the IG * without the consent of the country's authorities. A coalition spokesman said on Thursday that almost half of Raqqi was freed from terrorists.

IG * - a terrorist group is banned in Russia.