Israel has demonstrated a new SUV with a combat module

August 4 2017
58
According to the portal armyrecognition.com, the Israeli company Plasan has introduced a new car in the SandCat lineup, called the Stormer.

The manufacturer calls SandCat Stormer a new era in the development of light SUVs, pointing out that this armored vehicle weighing less than 9 t has powerful anti-tank weapons. A dual Samson Mini RWS launcher, supplemented with a machine gun of 12,7 mm caliber with ammunition in 150 ammunition, is placed on the roof of the car, reports "Warspot". 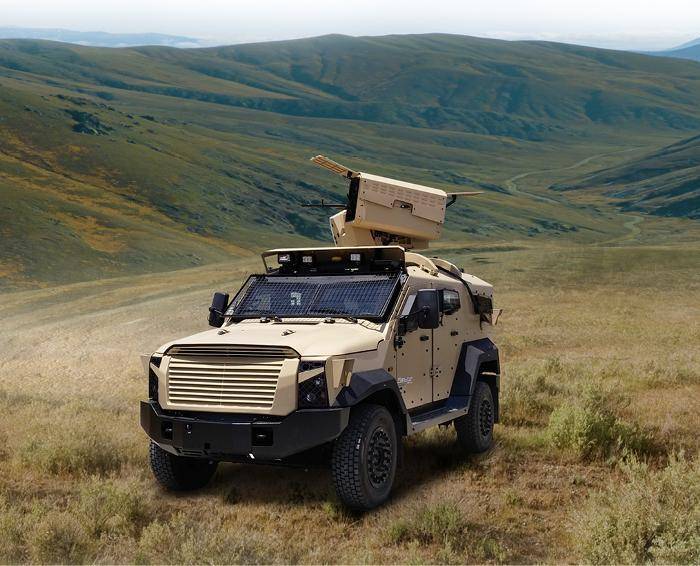 The developer of the combat module is the Israeli company Rafael Advanced Defense Systems. Spike LR guided missiles, which are equipped with Samson Mini RWS modules, are equipped with a combined warhead capable of effectively hitting Tanks and infantry (including those located in shelters). At the same time, a missile can be launched in three main modes: “Fire and Forget”, “Fire, Observe and Update” (Fire, Observe and Update), and “Fire and Steer”.

Armored SandCat Stormer is equipped with an engine capacity of 6,7 liters and power 300 liters. with. According to the manufacturer, the mass of the vehicle with the combat module is 8,8 t. The armored vehicle can hold up to 5 people, as well as the X-NUMX ammunition load from additional Spike LR missiles.