Mi-26 transferred to the TSB

August 3 2017
8
According to the news agency “Interfax-AVN", The press service of the Eastern Military District announces admission to the army aviation connecting a new transport Mi-26.

The car arrived from Rostov-on-Don from the factory site to the airfield of permanent deployment in Khabarovsk, breaking more than 10 thousand. Km. Along the way, eight refueling were made. 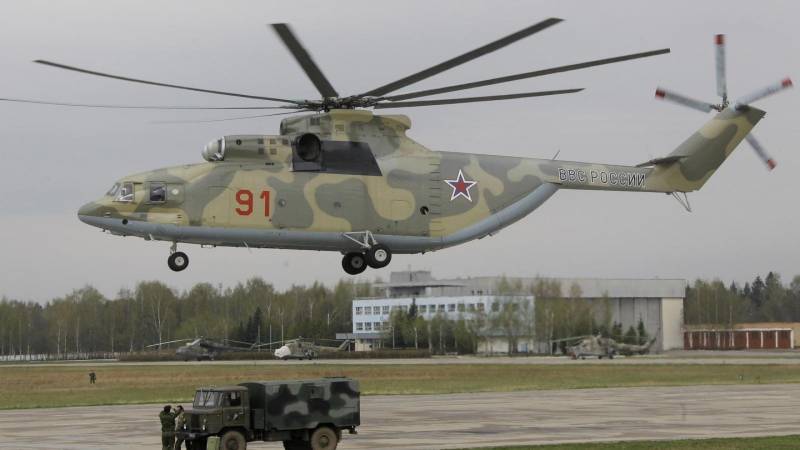 According to the tradition established in the mix, the pilots installed a symbolic talisman — a soft toy in the form of a teddy tiger cub — in the cockpit of the new helicopter.