August 4 2017
66
Walther PP and Walther PPK are German self-loading pistols, created by specialists of the company "Walter", were one of the first mass pistols that received a double-action firing mechanism. PP in the name of this model of the famous pistol meant Polizeipistole - a police pistol. The Walther PP version was released already in 1929, and the Walther RRB version was released in 1931.


The Walther PPK model was a lightweight and shortened version of the Walther PP, with the PPK being decoded as the Polizeipistole Kriminal - the gun of the criminal police. Smaller dimensions pistols allowed to wear it covertly. In this case, the gun is not just changed in size, the model received a number of original features in the design. So, the barrel length was reduced by 15 mm, the overall length was reduced by 16 mm, and the height of the gun by 10 mm. In accordance with this, the constructors of the Walter company slightly changed the design of the frame, as well as the shutter-casing, which received a different shape of the front part. This model was very actively used by the German police, however, after the end of the Second World War the pistol was not produced for some time, but already at the beginning of the 1950-s it was again started to be produced at factories in Germany and France.

Despite his designation, the first to receive this police pistol were not members of the criminal police, but members of various party organizations of the Nazi Party, but after a few years he reached the police units, as well as the Wehrmacht. In the Third Reich, this gun was actively acquired by officers in private. At the same time, its production was suspended in the 1944 year, it happened because of the complication of the military situation, Hitler's Germany was close to collapse. 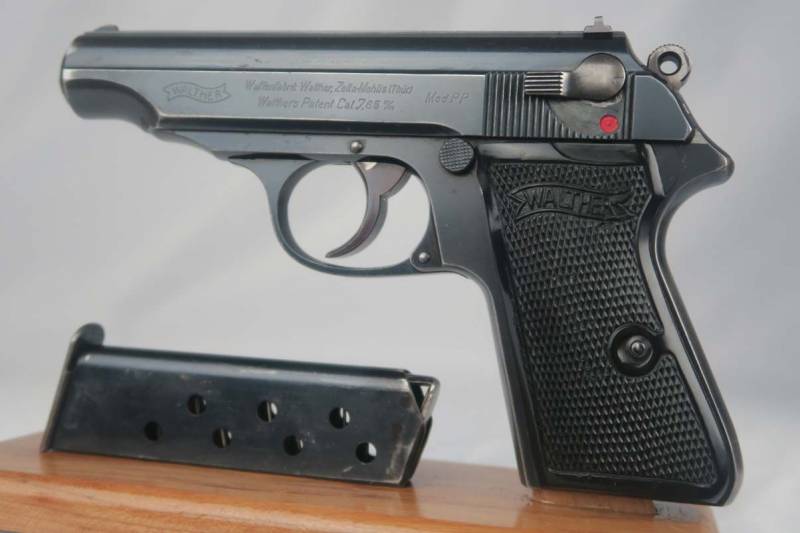 Since the start of production of Polizeipistole Kriminal modell in the city of Zella-Melis, in the land of Thuringia, more than 80 years have passed. For almost a century of production and operation in various countries of the world, this gun is still not outdated, weapon still popular in the civilian market, firmly associated in the minds of people with the very concept of "compact pistol". Since 2002, the American company Smith & Wesson has launched the production of PPK and PPK / S models under license. Nowadays, the Walther PPK pistol is produced in two main versions: PPK and PPK / S chambered for 9x17 mm, as well as in small-bore version - PPK / S .22 chambered for 5,6 mm .22 Long Rifle cartridge.

It is worth noting that the Walther PPK pistol is great for shooting using a silencer, which is achieved thanks to the cartridge with a subsonic initial speed of a bullet. At the same time, models with an elongated barrel and threads on the muzzle for a silencer installation are not mass-produced, but in the USA this is not a problem, since a large number of weapon workshops are able to install such a barrel instead of the standard one for a small fee. It is also no coincidence that in dashing 1990s in Russia, the gas versions of PP and PPK pistols were popular as the basis for subsequent conversion into military weapons, designed for a small-caliber cartridge, including using a silencer. Such alterations could be used for the shortest possible time, the fact of the matter is that gas models were made from aluminum or powder alloy, their resources were enough to shoot several stores of live ammunition.

Until 1944, Walther PPK pistols were produced in Germany for 7,65 mm Browning, 9 mm Browning kurz, .22 lr cartridges, and very rare today - 6,35 mm Browning. In addition, it was possible to find the “Extra” model, which differed from others by the indicator of the presence of a cartridge in the chamber or the version with “super-gloss blued”. Already in those years (and without its own model designation) it was possible to buy a pistol with a light alloy handle. This pistol remains quite a rarity to this day. Since 1957, Carl Walther GmbH in Ulm on the Danube has been supplying the Walther PPK pistol with an alloy handle, but now under its own original designation PPK-L, the specialized Internet portal notes. all4shooters.com. 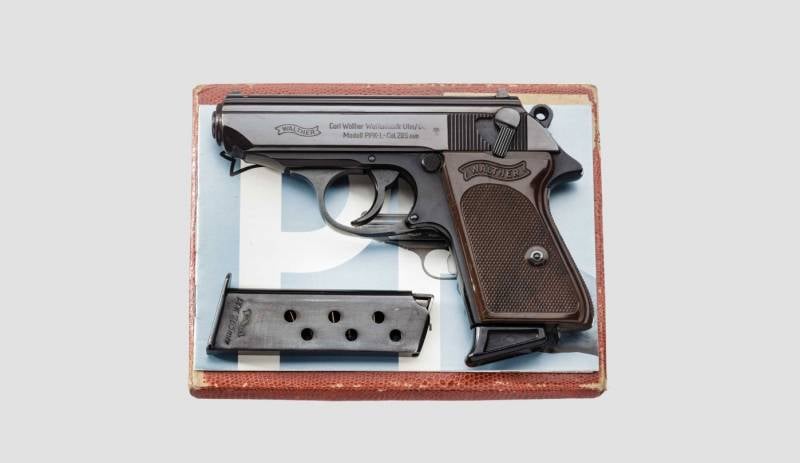 The letter L in the name of this model of the pistol just meant light alloy, but in this case it was not just aluminum. In many cases, aluminum turned out to be a very soft and not strong enough metal for its use in engineering. For this reason, “resistant” aluminum (from the Latin durus) was created in Germany. Today, solid aluminum alloy is officially called duralumin, it is widely known under the brand name Dural. The company Carl Walther in Ulm used this alloy not only for the manufacture of Walther PPK-L pistol grip arms, but also for post-war P38 (P1) pistols, TPH, P5 and a number of other weapon models.

Duralumin itself was created originally for the needs of aviation industry. In fact, the rapidly developing aviation industry began its direct and fairly large-scale use in the production of wings and various parts of the fuselage already in the 30s of the last century. What you are unlikely to find in literature today is that before becoming synonymous with durable and lightweight aluminum, Dural was already secretly used in the German military industry.

Already during World War I, Kaiser Germany experienced a very great need for weapons and ammunition. In particular, the country was already actively searching for an alternative to brass widely used in the production of ammunition. These experiments led to the introduction of aluminum. Since this soft metal was not suitable for the production of cartridges for cartridges, alloying elements were added to its composition, which made it possible to obtain an alloy that possesses the necessary properties for military purposes. The composition of the new alloy in addition to the aluminum were included copper, magnesium, manganese, silicon and iron. 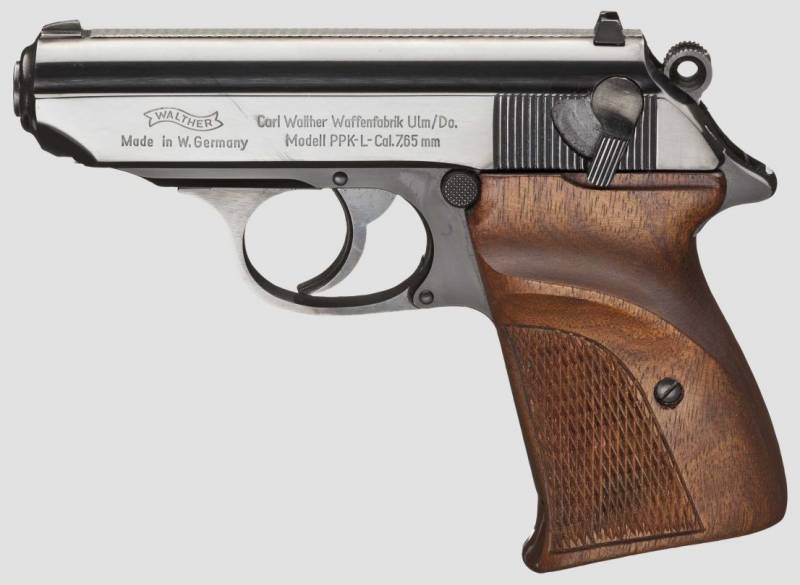 WALTHER model PPK-L caliber 7,65 mm with ergonomic overlays of wood
The new alloy, recognized as unsuitable for mass production of ammunition, nevertheless found application in the aviation industry, and then in the production of weapons. The Walther PPK-L pistol was offered in parallel with the PPK model. At the same time, the gain in the mass of weapons, thanks to the duralumin handle, was 110 grams. In the catalog of Dynamit Nobel-Genschow in 1963, the margin on such a gun performed by 7,65 mm Browning was 23 of the mark marks (at that time it corresponded to an increase in the cost of the gun by more than 10 percent).

Since the light alloy could not be blued, the pistol grip of such a model had a black glossy anodized coating, which could be outwardly distinguished from the bluing of the all-metal Walther PPK pistol model. Nowadays, the reduction of the weight of firearms is already achieved by other methods - the extensive use of polymer handles. As, for example, in the very popular today guns company GLOCK.