August 11 2017
27
On September 1985, cars with unknown terrorists cut two cars of the Soviet embassy in Lebanon with doctor Nikolai Svirsky, vice-consul Arkady Katkov and foreign intelligence station staff Oleg Spirin and Valery Myrikov in them. They were shoved into cars and taken away in an unknown direction, moreover Arkady Katkov was injured, he was not helped in time, he had gangrene, and he was shot. 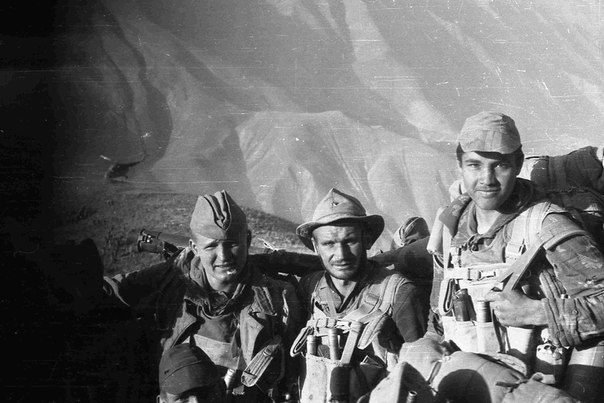 Our intelligence services determined that the Palestinians were the perpetrators of the abduction. Perhaps the hostages were kept in Baalbek. The Palestinian thugs were fueled by the assistant of Yasser Arafat, nicknamed Hyena, his name was Imad Lugni. Soon, Hyena reached our embassy and put forward an ultimatum: the Soviet Union must put pressure on Syrian President Hafez Assad to stop operations in Northern Lebanon and leave the territory to the Palestinians.

At the same time, the Palestinian militants surrounded the embassy. They said that they would start an assault and shoot not only those who had been kidnapped, but also all the staff of the embassy. These are the "true friends." The ambassador reported this to the highest level, after which he went on a telephone conversation with Yasser Arafat and asked him how he could do this with his friends:

“Besides, Mr. Arafat, you imagine that your threat about the storming of the embassy is simply unrealistic, because, as you know, there are about one hundred thousand fighters of the regular Syrian army in Lebanon who will come to our aid at any moment. Please take into account this factor and not talk to me in such an impermissible tone. And pass this on to your assistant Hyena (the ambassador specifically revealed to Arafat that he knows the battle nickname Lugni) so that he would forget the word “ultimatum” in relations with representatives of the Soviet Union.

Our ambassador was talking deliberately sharply. Then, in an orderly tone, he demanded to free our diplomats and lift the siege from the embassy. Special equipment made it possible to listen after they hung up. Arafat did not know about it. After the conversation, confident that we did not hear him, he told his subordinates that they would not release the hostages in any way, they would not unblock the embassy until the Syrian troops left the north of Lebanon.

The adviser to the chief of intelligence continued his story:

- That is why Andrei Rogov was instructed to conduct a reconnaissance of the area to find the hostages in Baalbek to ensure the possibility of a military operation to free them, and Rogov, after the first unsuccessful attempt, turned to our main, and he decided to use us.

- How did Yasir Arafat decide to go on such actions against us, because we put him forward as PLO leaders, and in large quantities we provide economic and military assistance? How many millions have we invested in it! His militants use only ours. weaponwhich was mainly delivered free of charge.

“No one understands this, not even our top management.” But at the same time, we cannot lose control of the Palestinian movement. "Pennant" in Lebanon.

It is for this reason that our top management made a bold and unprecedented decision. By order of Yuri Andropov, they decided to entrust the execution of this task to the newly created Vympel group. He ordered General Yuri Drozdov to control the operation.

A group of ten people secretly arrived in Lebanon. For the first time for our military doctrine and intelligence decided to act according to the method of intimidation. It is still unknown how and with whom they communicated. There is an assumption that intelligence obtained data from the leader of the Druze community Walid Jumblat. He told the places where the leaders of the group that took our hostages are located. Or maybe our service contacted Israeli intelligence MOSSAD, this could also be.

Because the principles of action of the Vympel group fully corresponded to the principles of operation of the MOSSAD special groups. Suddenly, for the Palestinians, someone suddenly began to kill the closest associates of Yasser Arafat and Hyena. One after another, more than ten commanders were killed. And then the Hyena sent a written ultimatum, and a boy brought him a letter, that is, they made it clear that they knew where he was. In this letter it was written that Hyena himself chose the next victim, if he did not release the Soviet hostages.

And the Hyena realized that since they came out to him, he would most likely be the victim himself. And one day, three bearded men - our diplomats - knocked at the gates of the Soviet embassy in Beirut. The siege from the embassy was also lifted. After that, the special group disappeared as imperceptibly as it arrived. As far as I know, Yasser Arafat tore and threw from anger and powerlessness, but he could not do anything. He understood that the Soviet Union is a friend, but a friend is such that it can show her teeth, which means that we need to be closer friends with him. And it was our political victory in relations with the PLO.

“And our mission was connected with that,” said the colonel, “that, according to intelligence data, the hostages were in prison in Baalbek.” Then they may have been transferred to the Shatila camp in Palestine, although perhaps they remained until the end of the operation in Baalbek. In any case, at first it was assumed that the force would release these hostages, and for this it was necessary to know where the prison is and how it is guarded.

And our group, having penetrated, strictly speaking, into the very heart of this Palestinian resistance movement, almost completely provided the video recording of the terrain, using the latest digital reconnaissance equipment connected directly with the satellites. When they filmed the panorama of Baalbek, and even from the height of the temple, the information was transmitted through space to Moscow, to the Center. There were visible the smallest details of all the buildings necessary for our intelligence. Therefore, our journey to Baalbek was necessary, and we all played a big role. And although it was all over without the use of force, we fulfilled our mission. To avert a week later, in the framework of the “Film Travelers Club” program, they showed the film “20 Minutes in Lebanon”, filmed by correspondents of central television.

And we gladly shared a dozen bottles of whiskey among ourselves, not forgetting our general. Yuri Ivanovich Drozdov in 90-ies was dismissed from service, and the group "Vympel" ceased to exist. After 2000, the decision to disband the group will be considered wrong and a new group “B” will be recruited, but this will be another group and another история.