August 1 2017
35
The transfer of the Baden-Württemberg frigate for the German Navy is being postponed, the navaltoday.com portal reported that ThyssenKrupp Marine Systems and Lürssen, engaged in building ships for the German Navy, could not meet the deadline due to problems with the operational equipment responsible for the operation of automated systems ship


Baden-Württemberg is the first of four ships of the F125 type. Frigate planned to transfer the fleet July 28, a new deadline is set for late August. At the same time, Baden-Württemberg has almost completed the passage of the acceptance test cycle, which includes testing of artillery and missile weapons, reports "Warspot". 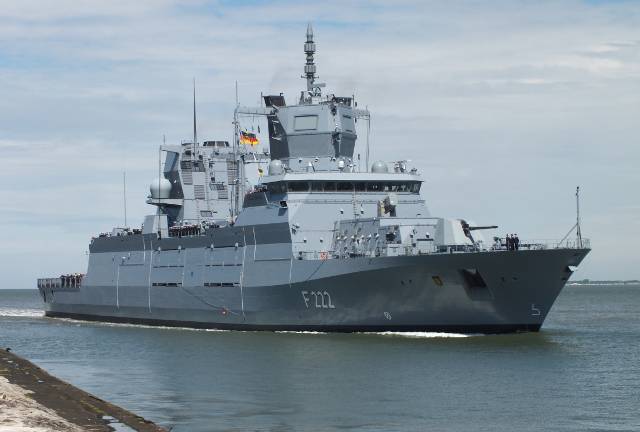 A key feature of F125 frigates is a high level of automation. This allows you to serve all the systems of the ship crew of 120 people - two times less than the frigates Bremen type (displacement of these ships is half that of the F125), in service with the German Navy. The military department plans to provide four frigates with eight crews, which will be replaced every four months, which will allow the ships to be constantly on combat duty.

In size, ships of the type F125 are comparable to destroyers, but in Germany they are classified as frigates, making them the largest combat units in their class. The length of Baden-Württemberg is almost 150 m, width - 19 m, draft - 5 m, full displacement reaches 7200 t. F125 frigates are equipped with a combined power plant of the CODLAG type, combining diesel generators and electric motors. One of the features of the new ships is a long maintenance cycle. The frigate must be without maintenance at the base for two years, while performing operations of medium intensity (5000 hours per year).

The frigate Baden-Württemberg is armed with an Otobreda artillery gun of caliber 127 mm and two 27-mm anti-aircraft guns MLG 27. In addition, the ship has launchers for various types of combat missiles and anti-submarine torpedoes. The total cost of building four ships of the F125 type will be € 2,2 billion. Construction of the second ship of the F125 type (Nordrhein-Westfalen) should be completed next year, and two more (Sachsen-Anhalt and Rheinland-Pfalz) - in 2019 year.