Not so long ago, the rear forces celebrated their 300 anniversary. For the starting point stories the rear of the Armed Forces of the Russian Federation was adopted 1700 year. This year, on February 18, Russian Emperor Peter I signed a decree “On the management of all grain reserves of military people to Okolnichy Yazykov, with the title for this part General-Proviant”. At the same time in our country the first independent supplying authority was established, which was called the Proviantsky order. This supply body was in charge of supplying grain, grain and grain for the army. He carried out a centralized food supply for the troops, which, as is known, is currently one of the types of material support for units and divisions of the Russian army.

By the beginning of the Great Patriotic War, the rear of the Armed Forces of the USSR included: rear units, units and institutions that were part of military units, formations and unions of all types of armed forces, warehouses and bases with reserves of various material values, automobile, railway, repair, aviation -technical, aerodrome engineering, medical, veterinary and other rear units and units of central subordination. Their special management was carried out through the respective main and central directorates of the People’s Commissariat of Defense. At the same time, the structure of the rear that existed at that time did not meet the requirements of the outbreak of war. The army and front lines were virtually absent, as the states did not envisage their maintenance in peacetime. 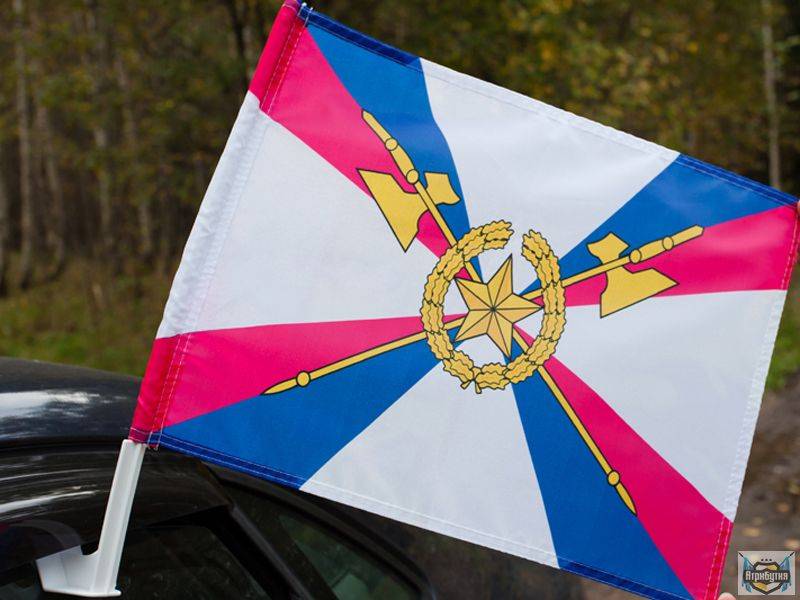 To remedy the situation of 1 in August of 1941, a decision was made, which in fact served for the self-determination of the rear of the armed forces - the rear was defined as an independent species or branch of the armed forces. On this day, 1941, Supreme Commander JV Stalin, signed the order of USSR People’s Commissar for Defense No.0257 “On the organization of the Red Army Red Army Front Directorate ...” The Directorate united the headquarters rear headquarters, the highway control department, the VOZO Directorate and the inspection of the Red Army rear head . In addition, a new post was introduced - the head of the rear of the Red Army, who, in addition to the Main Directorate of the Red Army rear, also “in all respects” were subordinated to the Fuel Supply Directorate, Main District Commissariat, Veterinary and Sanitary Administration. Bringing together the whole set of medical, supply and transport structures under one principle made it possible to establish a very complex process of logistic support for the active army. In addition, in the fronts and armies created their own control of the rear.

And by May 1942, the positions of the rear commanders in the corps and divisions were introduced in the army. As a result of all the measures taken, it was possible to build a well-organized and technically equipped rear of the Armed Forces, which successfully coped with a huge amount of various tasks to ensure the logistics of the active army in very difficult wartime for the whole country. In the post-war years, as the country recovered and its economic potential grew, changes in the technical equipment and organizational structure of the Armed Forces, and the development of military science, the continuous process of improving the rear forces also took place.

Currently, more than 100 thousand tons of various ammunition are spent on military training of the army each year, and at least 700 thousand tons of various types of food are distributed to feed personnel. For all this, the rear service officers are responsible. Very often they get up before everyone else, and they can only be called off when they have been sleeping for a long time.

For the rear is very difficult to introduce such a thing as a daily routine. This is because people need to be fed, shoes, hot and cold water, warm around the clock time. If the Russian army could be compared with a large family, then the rear service in it is a caring mother whose work is not so noticeable from the outside, but for all military people very often the rear man is the first person in the conditions of barracks and field exercises. 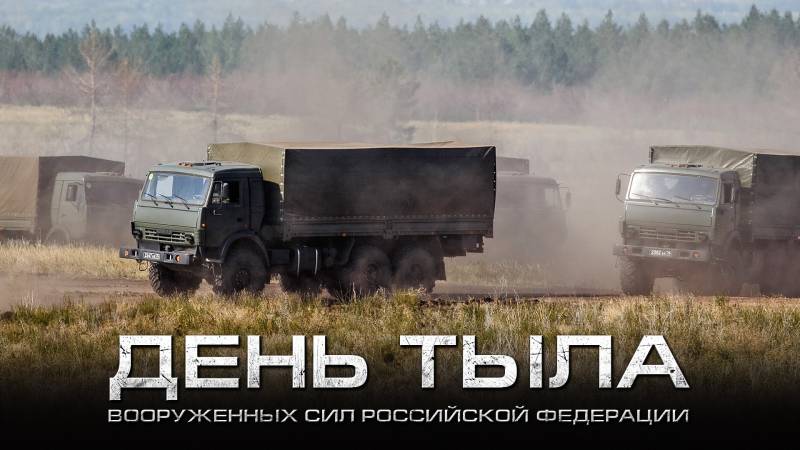 In these troops love to say: there is no victory without the rear. Any soldier, whether he is an infantryman, sailor, missile or pilot, will be ready to sign under these words. Much depends on the high-quality work of the logistics units in the army, it can be said that this is the foundation of any modern army. For example, only in 2015, more than 400 kilometers of pipelines were laid for supplying fresh water to the Crimea in XNUMX. Also, the rear personnel successfully coped with the task of ensuring the revival of Russian military units and airfields on the islands of the Arctic Ocean, successfully delivering thousands of tons of various cargoes there.

This year, the Day of Logistics of the Armed Forces of the Russian Federation will host competitions of the international competition "Field Kitchen". As part of these competitions, military chefs will compete with each other and in the accuracy of shooting from a firearms weapons. General of the Army Dmitry Bulgakov, who is Russia's deputy defense minister, told reporters about this. According to Dmitry Bulgakov, military chefs representing Russia, Belarus, Serbia, Azerbaijan, Mongolia and Israel will identify the most accurate shooter in their ranks. They will compete in shooting AK-74.

“During the first stage of the competition, military chefs will need to hit targets from a Kalashnikov assault rifle from a distance of 100 meters. All the participants in the stage shoot 6 cartridges from a prone position - three sighting and three credits, ”the deputy defense minister said. Army General Bulgakov recalled that in 2016, the junior sergeant of the People’s Liberation Army of China, Gan Guijin, was recognized as the most accurate chef of the Army International Games, who managed to knock out 30 from 30 possible points from his standard weapon, similar in all its characteristics to the Russian machine gun. 74. At the same time, according to the deputy head of the Russian military department, the active phase of the “Field kitchen” competition will start only on August 3 - on this day, military chefs will start preparing dishes according to an arbitrary recipe. 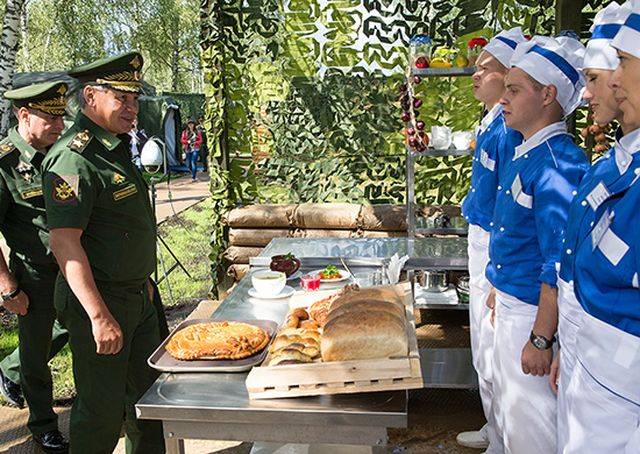 On this holiday, 1 of August, the “Military Review” team congratulates all the current and former military personnel of the rear forces, as well as civilian personnel and veterans of the Great Patriotic War who forged under the hardest conditions for their common Victory on their professional holiday. At present, the rear of the Armed Forces of the Russian Federation still remains a reliable material main, without which it is impossible to imagine a combat-ready army and navy.